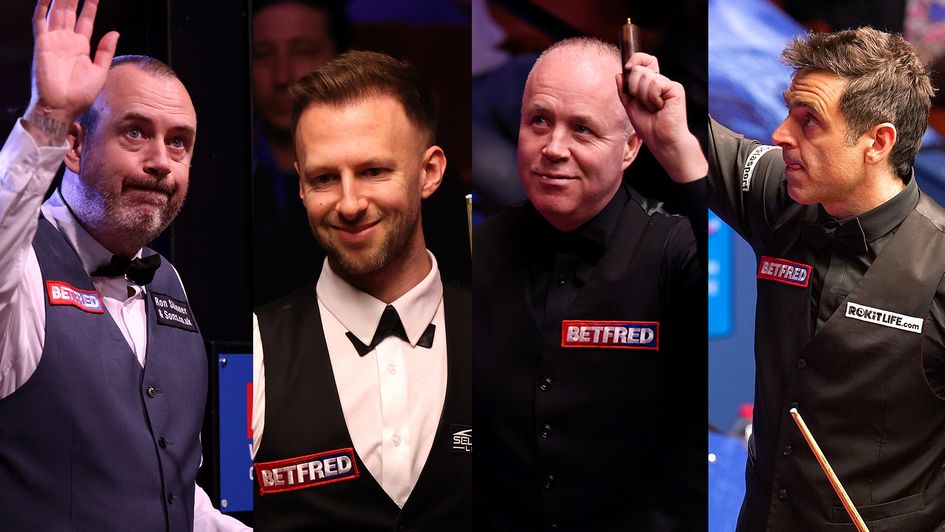 Richard Mann previews the semi-finals of the World Snooker Championship, where Ronnie O'Sullivan is strong favourite to claim his seventh Crucible crown.

The Betfred World Snooker Championship has progressed to the semi-finals stage, with the stellar cast assembled for the last four featuring three of the best players of all time, and snooker’s most prolific winner since 2020.

The main narrative surrounds the Class of 92, Ronnie O’Sullivan, John Higgins and Mark Williams – the trio boasting 13 world titles between them and with 30 years at the top of the sport. Their achievements are already remarkable, and all will be chasing their own personal milestones over the next five days.

For Williams, winning a fourth World Championship would put him alongside Higgins – a man Williams refuses to be compared to, such is his respect for his old rival – while Higgins has his own demons to stare down, having lost three finals in a row here between 2017 and 2019, and then suffering defeat in five big finals this season alone. Redemption would never taste so sweet.

O'Sullivan closes in on Hendry

But without question, it is O’Sullivan’s quest for a seventh world title that has the greatest significance. If the Rocket can gain parity with Stephen Hendry for Crucible wins, having already claimed every other Hendry record for his own, he will see it is as job done. The argument as to who truly is the greatest of all time will finally be put to bed. Case closed.

🤔 Would Stephen Hendry be gutted to have Ronnie O'Sullivan equalling his record of seven world titles?

O’Sullivan has barely broken sweat to reach his 13th Crucible semi-final, with wins over David Gilbert, Mark Allen and Stephen Maguire not only confirming his game to be in good working order, but also that he is fully focussed and up for the challenge. Perhaps more importantly, the missed long pots that held him back at the recent Tour Championship have started to hit the target with more frequency.

Having been keen on O’Sullivan before the event began, making him my only bet in my outright tournament preview at 6/1, I have to be happy with our position, one which currently sees O’Sullivan trading as short 5/4.

Many of the things I said in that preview still stand, but while his form so far in Sheffield means he deserves to be favourite to win his semi-final with old foe Higgins, his outright price looks awfully short to me, comparative to Judd Trump who could await in Sunday’s final.

O’Sullivan will first need to get past Higgins, who might well have suffered some bruising losses in big finals this term but is also playing some of the most consistent snooker of his career.

Coming here on the back of a crushing Tour Championship loss to Neil Robertson was expected to leave Higgins scarred – and we won’t truly know its full effects until we see him in the latter stages of another final – but coming through a nervy finish in a big match against Jack Lisowski in the quarter-finals was a good sign and he must take positives from the way he finished off his opponent there, having appeared to be heading home at one stage. 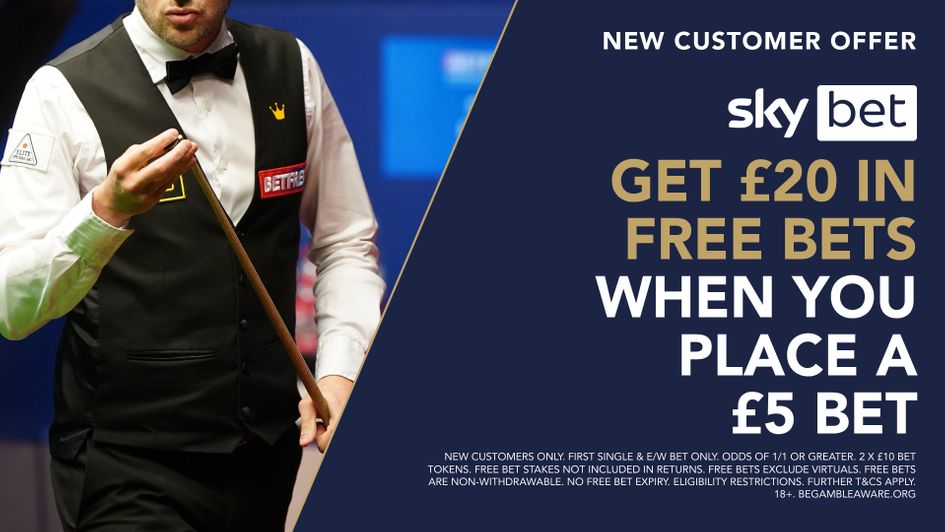 In his post-match interview, Higgins was typically modest, but I thought it was telling that he thought he would play better against O’Sullivan in the famous one-table set-up at the Crucible, and it must be pointed out that Higgins has won all four meetings between the pair this season.

I do think O’Sullivan is in better shape now, but Higgins slammed him 6-1 in their Scottish Open semi-final and won’t be overawed like others might. Of his 92' classmates, O’Sullivan would've much preferred to face Williams, whom he last lost to way back in 2014.

It can be dangerous to overdo recent head-to-head records, though, and most observers would agree that it's O’Sullivan who has the better form coming into this semi-final, and the benefit of an easier run through the tournament, with Higgins having had to work much harder for his wins.

Can anyone stop Trump?

Still, the path to a seventh world title for O’Sullivan will remain fraught with danger and should he meet Trump in the final, I find it hard to believe the latter won’t start favourite. That was the case when O’Sullivan beat Trump at the Players Championship this term, but prior to that Trump had won five out of the six previous meetings between the pair – four of them in finals – dating back to the Northern Ireland Open final in 2018.

For all he hasn’t been able to match the consistency that allowed him to claim 11 titles in the previous two seasons, Trump has still won the Champion of Champions and Turkish Masters this term and in both of those events, he worked his way through the early rounds before coming alive in the latter stages.

If he does something similar in Sheffield, as was the case when he won his maiden world title in 2019, can any of the Class of 92 stop Trump? As well as they are still playing, taking down a modern-day great at the peak of his powers will be one of the most significant challenges they have faced before, and Higgins’ recent record against Trump makes for grim reading.

It's no guarantee that Trump will suddenly be able to take his own game to another level, but when big trophies come into focus, we’ve generally seen him spring into life over the past few years. Recent history tells us that he is highly likely to find something extra in the coming days.

Williams is tasked with stopping Trump in the semi-finals, and bar one bad session against Yan Bingtao, the Welshman has been the player of the tournament so far. His potting and break-building has been exceptional, and he might just be so streetwise that he is able to knock Trump off his stride.

One thing in Williams’ favour is that he hasn’t played a great deal of Trump through the latter’s recent golden run, so the heavy defeats Trump has inflicted on Higgins and O’Sullivan aren’t relevant to Williams, whose own temperament rarely worries about such things anyway. 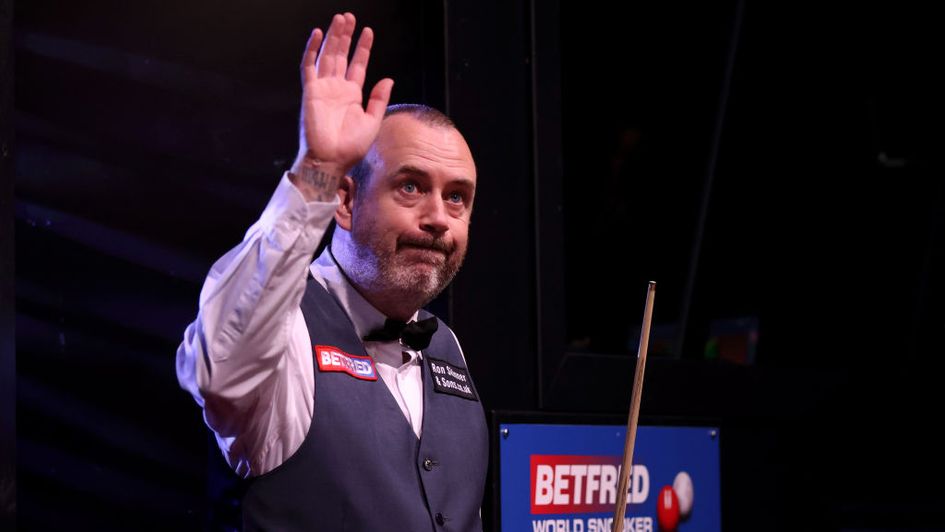 It all makes for a fascinating semi-final, one of two blockbusters, but Trump will start as strong favourite, as he will if he makes it to the final, and I’m not sure the outright betting fairly reflects his chances, with 5/2 available and even bigger on the exchanges.

In contrast, there is no longer any wiggle room with O’Sullivan at 5/4, for all bookmakers might be protecting heavy liabilities on him, and that layers also feel his semi-final against Higgins represents an easier task than the one Trump faces against an on-song Williams.

I’m not sure about that theory and were it not for already having O’Sullivan in my book at 6/1, I would be leaning towards taking Trump at the current prices.

As it is, I’ll keep my fingers crossed that O’Sullivan can finish the job and enjoy what is sure to be a memorable finale to this year’s World Championship.