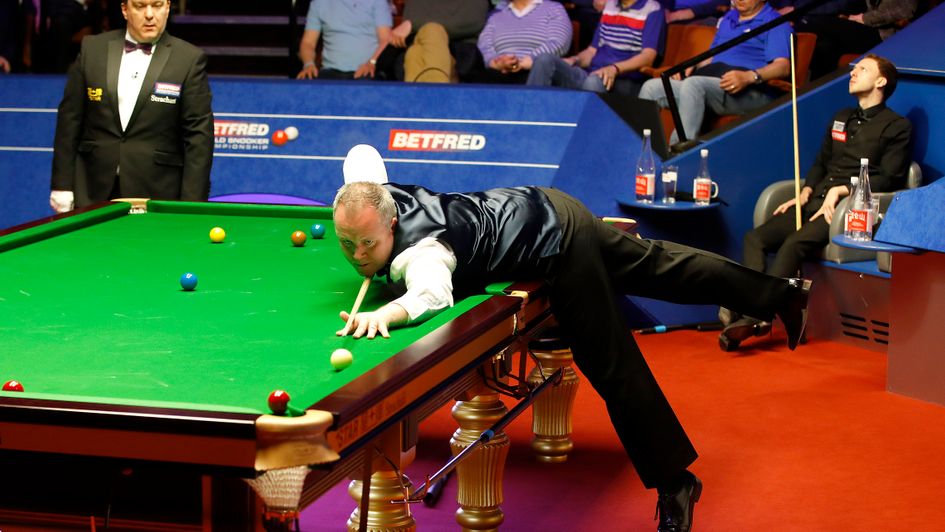 John Higgins came back from the dead in 2018

Richard Mann relives an unforgettable clash between John Higgins and Judd Trump at the 2018 World Snooker Championship, a match that would prove significant for many reasons.

The Wizard weaves his magic one more time (2018)

The World Championship of 2018 will forever remain a hugely significant one for me; it was my first year working at Sporting Life, thus meaning it was my first time covering an event that will always hold a special place in the heart of a Yorkshireman, and it produced one of the most pulsating snooker matches in the history of the tournament.

I wrote at the time that John Higgins’ 13-12 quarter-final defeat of Judd Trump was ‘one of the great Crucible matches’ and at a venue famed for theatre and drama in every sense, the veteran Scot pulled off one of the finest wins of his illustrious career, producing a nerveless and brilliant performance when on the brink of defeat to come from 11-9 down to eventually haul himself over the line in the deciding frame.

It hadn’t looked like Higgins would finish up on the right side of the result for much of the contest and having fallen 7-3 behind before rallying manfully to lead 8-7, he had to watch on as Trump gave the clearest indication yet that he was ominously close to being the finished article snooker fans had been waiting so long for.

That he went on to become world champion only a year later wouldn’t have surprised anyone watching Trump trade blows with four-time winner Higgins in this epic encounter 12 months earlier and it needed the latter to be right at his very best, playing snooker from the gods, to hold off the young pretender.

Many would argue that the rebirth of Trump, as it were, came in triumph at the Northern Ireland Open in 2018 but I would disagree; the seeds of renewed success were planted in defeat in Sheffield in 2018 and I truly believe that only a peak Higgins or Ronnie O’Sullivan would have stopped him that year. 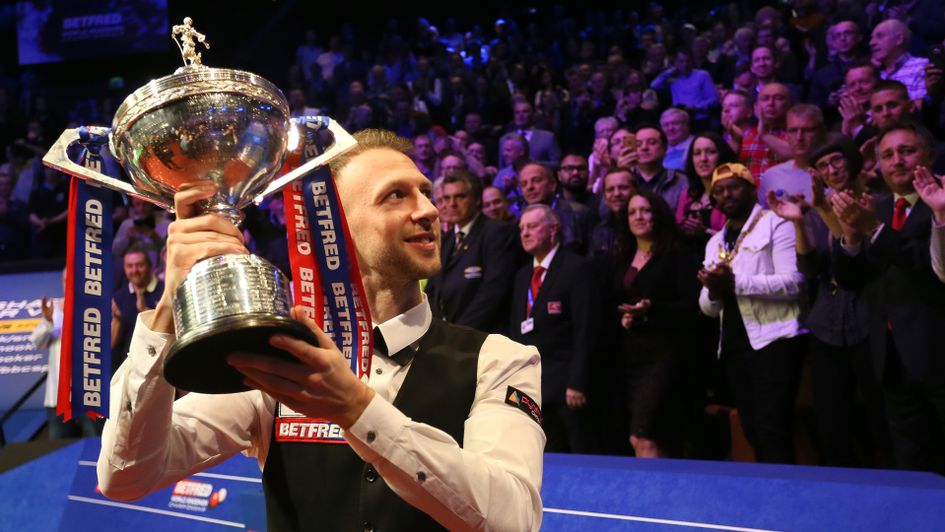 The fact that in winning the World Championship for the first time in 2019, it was Higgins who he defeated in the final – the man who had broken his heart on so many occasions before – would have made victory taste all the sweeter, without quite healing the wounds from the previous year.

Back to 2018 and for all their quarter-final clash would have long-term significance for Trump and the whole landscape of snooker, the match itself was one that had everything. A slow-burner to begin with, both players feeling their way into the contest like heavyweight boxers, it then exploded into life, the pendulum swinging back and forth before Higgins finally landed the knockout blow.

After an opening session that only served to whet the appetite for what was to come, Trump made the first move; his usual brawn mixed with a new-found sense of steely calmness under pressure allowing him to build a four-frame advantage until Higgins roared into life like so many times before.

When the Scot rattled off breaks of 65, 61, 53, 56, 51 and 51, he had turned the match on its head, though Trump’s brave intervention in frame 16 ensured the scores were all square ahead of the third and final session.

When hostilities resumed on Thursday evening, the crowd welcomed the players with the sort of electric Crucible atmosphere reserved for the most special of snooker matches. It was as if those watching knew what was in store, tension hanging in the air, and they certainly wouldn’t have been disappointed with what played out over the ensuing few hours. 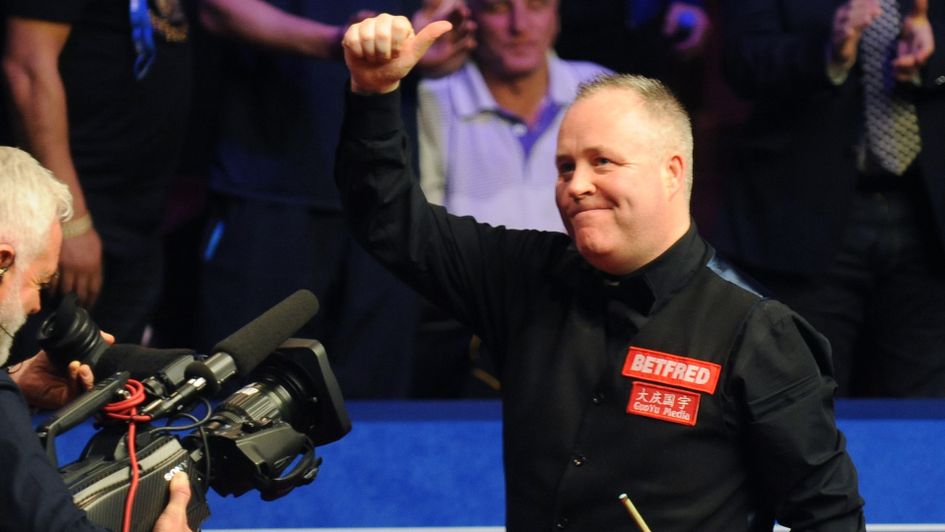 Having managed to wrestle back some of the momentum in the final frame of the previous session, Trump ran with it and when he picked Higgins’ pocket in the frame 20 to lead 11-9, he clenched his first in delight as he left the arena for the mid-session interval with victory almost his. Or so he thought.

But then it began. The Higgins fightback. One which Trump had been on the receiving end of when surrendering a 10-7 lead in the World Championship final of 2011 and one he appeared powerless to stop once again.

It was vintage Higgins; gritted teeth, nerves of steel and some of the best snooker under pressure you could ever wish to see. From 11-9 down, he compiled breaks of 75, 72 and 134 to surge into the lead at 12-11, his generally peerless percentage snooker temporarily replaced by all-out attack - even if the cue-ball wasn’t always obeying his commands.

And it worked. The man nicknamed the 'Wizard of Wishaw' was now taking on and taking down one of the biggest hitters in snooker at his own game, reminding us all, and himself, that even at 42 years of age, Higgins still had the firepower in his armoury when it was needed most.

But still it wasn’t over, Trump proving beyond any doubt that the boy had become a man when ruthlessly pouncing on a miss from Higgins in frame 24 to force a decider.

As the players shook hands – two giants of the sport with obvious respect for one another – warm words and smiles were shared, just as they would be 25 minutes later, but Higgins could still smell blood and once again, it was he who proved strongest at the finish line.

When a desperately tough opening red to middle with the white close to the baulk cushion was rolled into the heart of the pocket with an almost ignorance of the situation, the crowd once again threatened to take off the Crucible roof as Higgins strode around the table with all the purpose of a man very much in the zone.

Forty-three points later and he was almost there, a purse of Trump’s lips painting the picture of a warrior finally defeated, but a missed straight red from Higgins gave his opponent hope, if only for a short while.

With the balls well placed for a counter attack, a match-winning one in this case, Trump desperately tried to force an opening but Higgins was in no mood for backing down and when he found another sublime long red that was thumped into the back of the pocket as if it had been hanging over its jaws, the match was all but over.

All that was left for Higgins was a few more routine pots to close out the match, a couple of fist pumps to his supporters in the crowd finally allowing the emotion of the moment to come out before he and Trump were once again joined in warm embrace; memories of two champion sportsmen shaking hands at the end of a classic encounter all the more poignant in the climate the world now finds itself in two years on.

As Higgins pointed out afterwards: “I don’t know what it is with me and Judd, we keep on producing classic matches. The way he was clearing up all the time to nick frames told me he was ready to win it.”

In time, Higgins would be proved correct, but Trump’s moment would have to wait, for this was Higgins’ night; another memorable one in a distinguished and remarkable career.