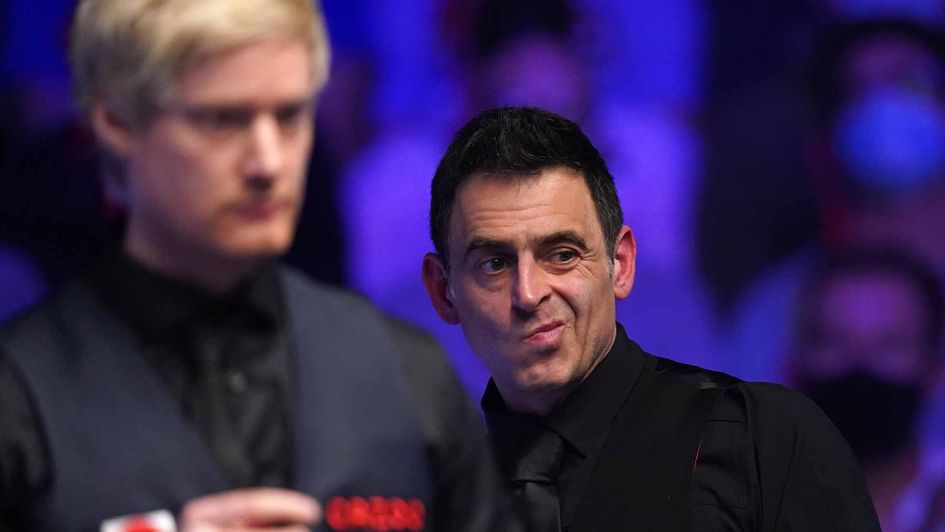 Neal Foulds has tried to build his perfect snooker player for Christmas, looking at all the different facets of the game – will Ronnie O'Sullivan feature on the final list?

It just has to be Ronnie O’Sullivan. He’s coming up to 1,200 career century breaks now and by pretty much every metric, he’s the finest break-builder snooker has ever seen. It’s very hard to look beyond him.

It seems a while ago now that O'Sullivan made his 1,000th century in the final of the Players Championship in Preston, and that really was one of the great moments in the recent history of the game.

O’Sullivan is the consummate break-builder. He does things at the start of a visit that sets up the whole frame and within five or six shots, he’ll have manoeuvred the table into one from which he can put together a sizeable break.

He sums things up very early and is quick to realise what shot, and when, will be key to being able to open up the table. He’s very good at doing that straight away – if the pink and black are tied up, for instance – where other players might skirt around the issue and eventually run themselves into trouble.

O’Sullivan doesn’t do that. He attacks any problems early and as we know, he’s excellent at being able to manipulate the balls. There’s more to cue-ball control than just the white ball though, and we know O’Sullivan has no peers with that, but he has a terrific brain for break-building. 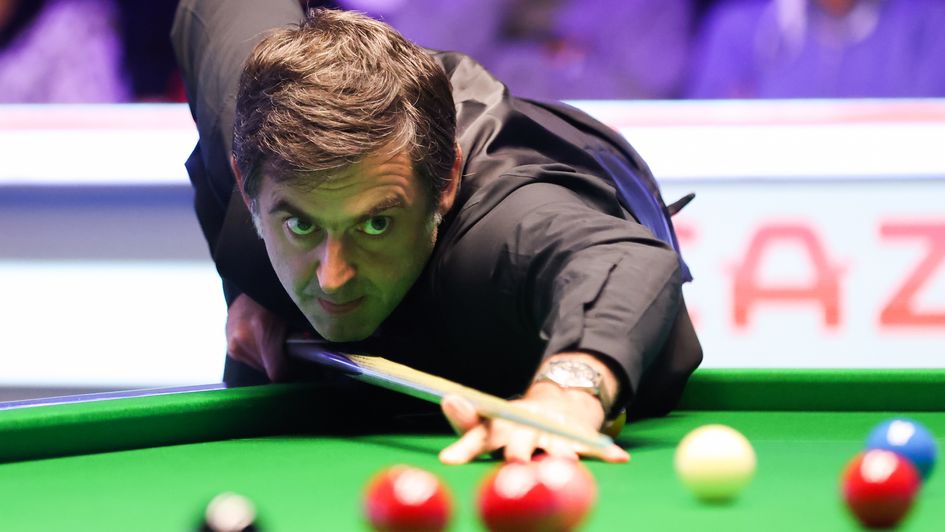 Stephen Hendry was the great break-builder that came before O’Sullivan, and of his era he was out on his own in that department. He was an outstanding break-builder.

I spend a lot of time with Hendry watching and commentating on snooker, and it’s fascinating to witness one of the greatest ever break-builders watching others try to put together big breaks.

He’s still a real student of the game and would be quick to criticise shot selection if he thinks it’s justified – that is his job, after all – but I can’t remember him ever disagreeing with the way O’Sullivan goes about his break-building.

Hendry is generally very complimentary about O’Sullivan’s break-building, and you can't earn higher praise than that.

Jimmy White and I were discussing this when working at the English Open recently, and Mark Williams must be top of most lists when it comes to temperament. For me, he’s number one in this department.

The way he floats around the table, it’s as if nothing ever phases him. He never appears to get annoyed when he plays a bad shot, and that means it’s virtually impossible for an opponent to read him, whether he’s winning or losing.

In fact, he’s got a wonderful way of seemingly being able to take winning or losing the same way. Of course, losing hurts him, but he’s very good at moving on from a bad beat and when he’s winning, he doesn’t tend go overboard. It’s a priceless trait to have. 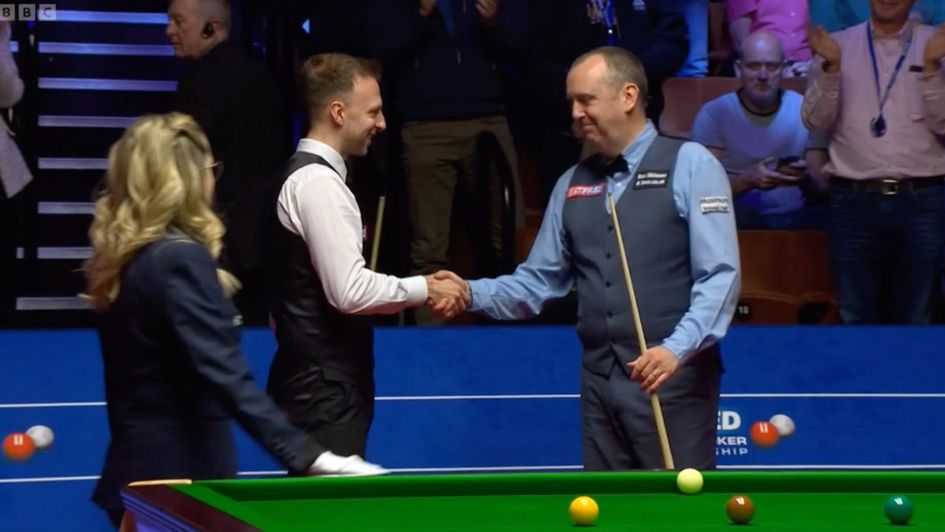 Judd Trump and Mark Williams at the Crucible

Think back to the 2022 Masters when Williams lost a brutal match to Neil Robertson having had things all but sewn up when his opponent was left needing snookers. Somehow, Robertson won that match, and it would have knocked most players for six.

Williams then lost another close match to Ronnie O’Sullivan at the Tour Championship soon after as well, but was able to bounce back and produce a magnificent run to the semi-finals of the World Championship at the end of the season.

In that match Williams was a long way behind, but you wouldn’t have known it, and in the end he very nearly pulled off one of the greatest comebacks in Crucible history.

In the context of his season, it was a marvellous effort, and I can’t think of too many who would have been able to produce anything similar in that situation.

Williams’ third world title in 2018 came just 12 months after he had failed to qualify for the Crucible, but like everything else, that didn’t phase him and he reaped the rewards a year later.

He has a wonderful temperament that has served him so well for such a long time.

I do want to mention Mark Allen of the younger players. I think we’re now starting to see a great temperament develop in the Northern Irishman, something we hadn’t really seen in him before.

Very little seems to knock him off stride at the moment, and Ding Junhui certainly didn’t manage it when he built a big lead in the UK Championship final, only for Allen to hang in there and then pounce once things started to turn.

That improvement has helped Allen take his game to the next level in the last six months, and it’s a rock-solid temperament that has allowed Williams to stay at the top echelon of the game for nearly 30 years.

There are a few strong contenders here, but when you put safety play and tactical play together, I think you will struggle to find anyone better than Mark Selby.

John Higgins was the other player I thought long and hard about, and I think Selby has learnt plenty from the Scot, but Selby is the master when it comes to tactics and even when he’s had his weaker moments, the one facet of his game that has always stood up has been his tactical play. 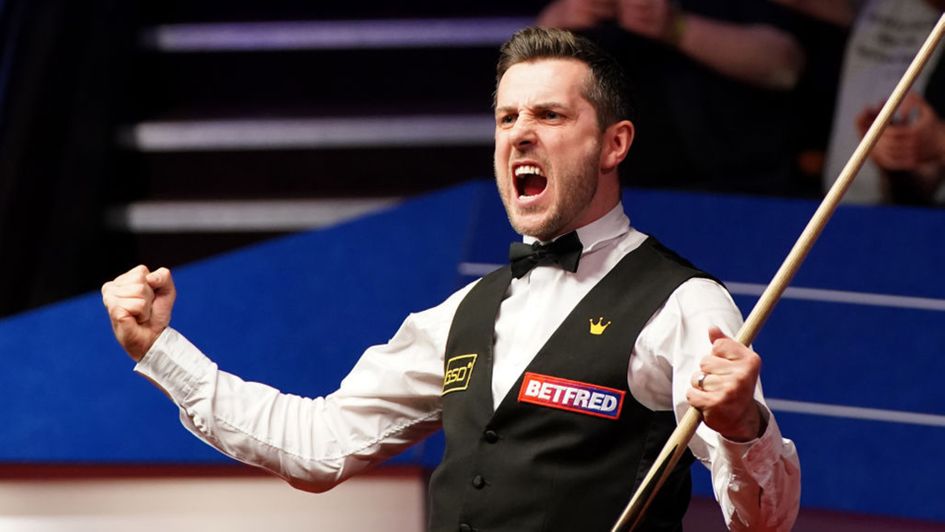 Most of the top players are very good safety players. Most can find the baulk cushion with regularity and rarely catch the colours on the way back to safety, but it’s that tactical nous that sets some apart from others.

Higgins clearly has it, but I think Selby is out on his own in this department. If you’re playing Selby, you are put under so much pressure because every time you get drawn into a safety exchange, you’re always on the back foot against someone who is constantly finding ways to put you in trouble.

When Selby gets in front in a frame, there is nobody better at retaining that advantage and shutting his opponent out. Within a few shots, the colours will be safe and any remaining reds close to the cushions.

Conversely, Selby is so clever when he’s behind in a frame and needs to get the balls into the open. It never seems to take him long, and as we know, a 50-point lead can still be dangerous territory when you’ve got someone like Selby breathing down your neck.

It’s such a big part of snooker – possibly even more so in this day and age when most of the players on the tour can score heavily when allowed to. Selby limits those opportunities for his opponents, and that’s why his record is so good.

Steve Davis was probably the pioneer for safety and tactical play. That wasn’t necessarily the case when he started. Like most young players, he was potter and scorer to begin with, but it didn’t take him long to learn and he soon became a master.

Davis has always been a great thinker at whatever he does in life, and he was the first of his time to really crack this side of the game.

But the game has evolved, and Selby has taken things to another level in that regard.

The year Judd Trump won the World Championship (2019), his potting throughout the season and then in Sheffield was as good as anyone has ever produced. His performance to beat John Higgins in the final, at times, defied belief.

I think Trump would admit himself that his cue action probably wouldn't be used in any coaching manuals, and it’s certainly very much his own. But what it tells us is that he must have the most incredible eye to be able to play and pot the way he does. 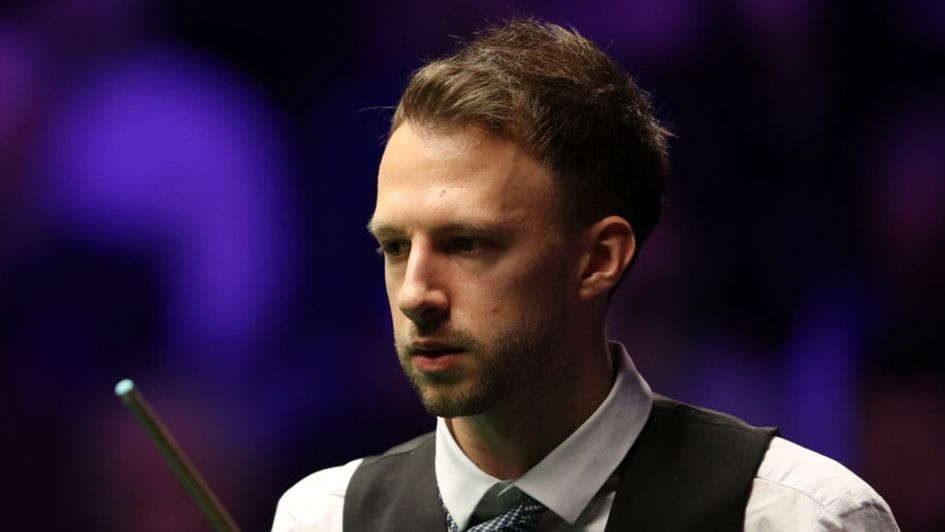 And we’re not just talking about long potting here. Trump is up there with Neil Robertson in the long potting department, but what puts Trump above everyone else in the potting stakes is his ability to consistently pull off brilliant recovery shots, often unconventional ones.

He doesn’t tend to have the white ball on a string, but he has always backed his potting to do the business for him and generally, it has.

I don’t think we’ve ever seen anyone play recovery shots quite like Trump, and that must be such a deflating thing for an opponent to have to see, having thought you might be about to come back to the table.

When you throw in his ability to play the most thrilling deep screws, both from distance and then when sending the white all around the table with the sort of play Trump likes to call ‘naughty snooker’, it’s hard to look anywhere else in this category.

If you asked most players on tour whose cue action they would like for their own, I think Neil Robertson’s would be the overwhelming choice.

When it comes to what makes a good cue action, it’s about being able to consistently deliver the cue in a straight line, time after time. Robertson’s cue action is gun-barrel straight.

It sounds very simple, but of course it’s not. There’s so much that can go wrong, from movement in the body to wrist position, but Robertson’s cue action rarely falters. It’s so reliable and when he’s in the balls and playing well, he doesn’t look like missing. 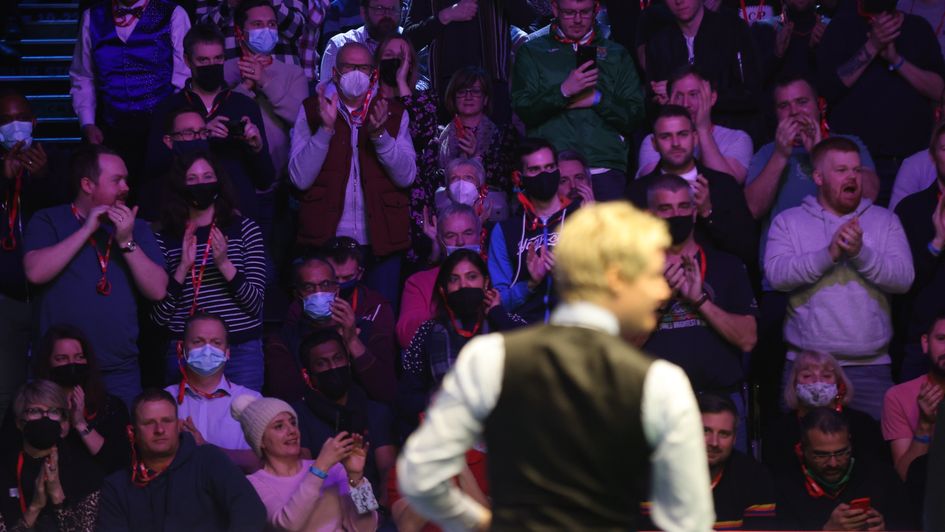 The most important thing for the top players regularly competing for major titles is whether your technique can stand up under pressure. That’s where some players might come up short. Robertson doesn’t, and you’d have to say he’s faultless in that department.

It hasn’t happened overnight. The technique we see week in, week out, has been grooved over the years though hours and hours of practice. Long range, short range, medium range. And then go again. Over and over again.

For right-handers trying to learn from the professionals, and there are obviously lots of right-handers out there, perhaps someone like Shaun Murphy is easier to mirror.

Murphy has a lovely cue action, so easy on the eye, and he delivers the cue perfectly. He gets through the ball really well and is a real treat to watch when in full flight.

But I defer back to my earlier point about having a cue action you can trust in pressure situations, and to my mind, Robertson’s is the one you’d want on your side in the final session of a World Championship final at the Crucible.