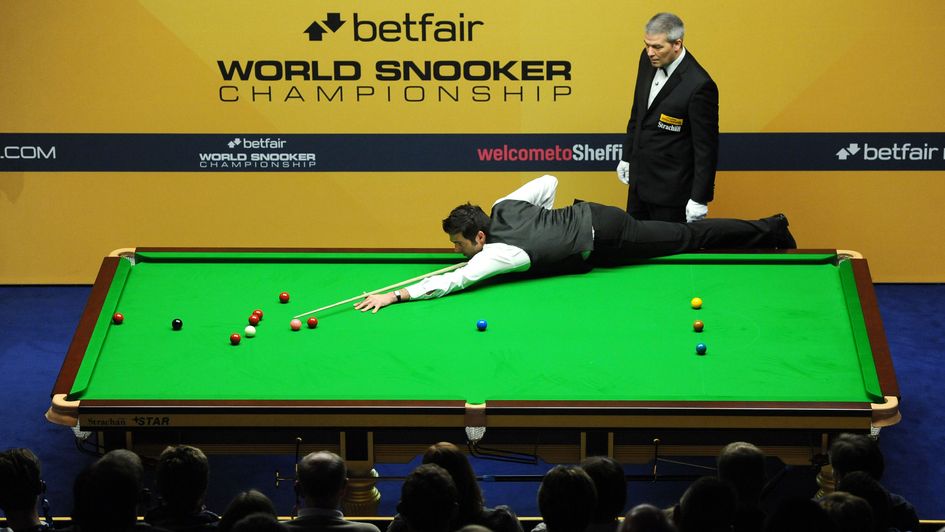 Ronnie O'Sullivan at the 2013 World Championship

Ben Coley takes a trip down memory lane as he remembers Ronnie O'Sullivan's brilliant victory at the 2013 World Snooker Championship.

When they say Ronnie O'Sullivan is the greatest player to have walked this earth, it is not necessarily because of his accomplishments. It is not because of the six world titles, the seven Masters, the seven UK Championships, the 1000+ century breaks. No, they're byproducts of a genius which can be better demonstrated in its rawest form. To really understand it, go back and watch the first 13 frames of his World Championship quarter-final against Stuart Bingham in 2013. O'Sullivan won 12 of them.

In that gear, he was unstoppable. He probably still is. In fact it's less another gear, more another stratosphere or, as John Parrot put it, snooker from the gods. It didn't matter how good Bingham had been in those earlier rounds, against the mortals. Once he knocked on heaven's door and found himself face-to-face with The Almighty himself, he had no choice but to bend the knee, to yield. There was no shame in it.

When O'Sullivan does call it a day - and who knows, he might have done so already - it's those sessions we'll rewind to, before we go further and settle on a specific frame, then a specific break, and finally a specific shot. The more complicating factors you remove, the more mesmerising he becomes; it matters not the canvas, only the artist. Whether it's a switch-hitting pot along a cushion or a long red sent packing with grace and thunder, there is nothing like O'Sullivan, and there never will be.

But let us widen the lens for a moment, and allow ourselves to select a body of work not so big and difficult to dissect as an entire career, but significant enough to embody it. All we need to do is return to that Bingham quarter-final, and zoom out: to the left of the lens we welcome round two, to the right a dissection of Judd Trump in the semi-final. Zoom out again, and we've the beginning of a masterpiece, against Marcus Campbell in round one, and the final brushstrokes, in the final itself, against Barry Hawkins.

It's those breathless seconds and minutes which make him so encapsulating, but this was his finest hour.

O'Sullivan arrived in Sheffield as the defending champion. Take away the so-called Crucible curse (he would go on to become the first defending champion to reach the final in 15 years) on the grounds that you can't curse the omnipotent, and you'd be within your rights to ask what made this success so special.

The answer can be found in the footnotes of a snooker trivia question: who is the only player who defeated Ronnie O'Sullivan inbetween his World Championship triumphs of 2012 and 2013? The answer is Simon Bedford, and the reason is not because O'Sullivan simply won everything else he entered - it's that he did not enter anything else. 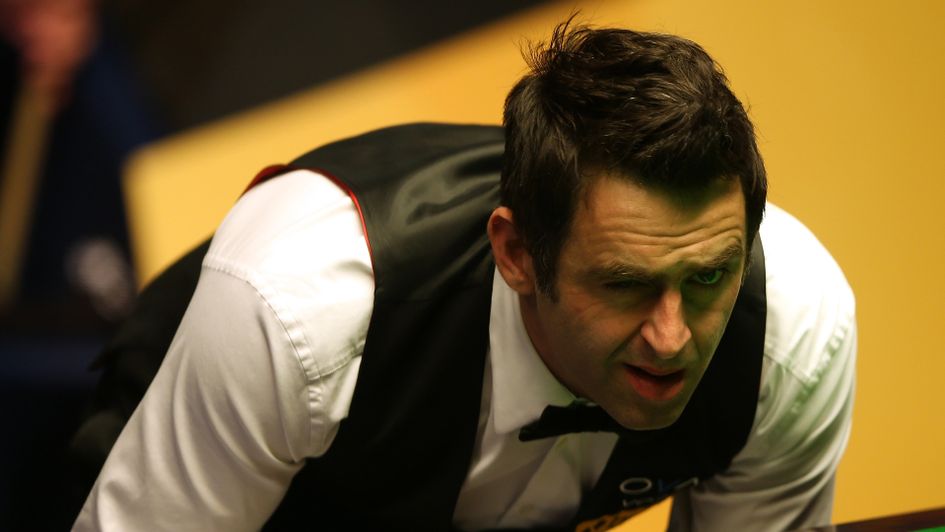 Ronnie O'Sullivan in action at the Crucible in 2013

In November 2012, the prospect of O'Sullivan walking away from the sport - often threatened, never delivered upon - had seldom appeared greater. He'd already been on a six-month hiatus broken only for that low-key defeat to Bedford when news came through that he would be away for an entire year, in effect vacating his world title, as well as skipping his beloved Masters for the very first time.

When his manager, Django Fung, said this might be it, there was a sense that he really meant it. O'Sullivan's personal problems and love-hate relationship with his cue had taken him to breaking point, and his parting shot might well have to be the 2012 World Championship, where he quietened an old rival in Ali Carter. Had that been the end, it would have been a good end.

But it was not the end. Buoyed by a series of practice sessions with a friend who brought him Chinese food in the evenings, O'Sullivan decided to emerge from hibernation to defend his title. He claimed to have undergone an awakening (which he's since forgotten before a reawakening and more amnesia): that snooker does mean rather a lot to him. And so, there he was in the field, handed a gentle opener but faced with the still enormous reality of the sport's most gruelling test, a fortnight which probably never did play to his strengths.

After Campbell was beaten off-camera, the BBC having inexplicably decided to switch to a repeat of Some Mothers Do 'Ave 'Em mid-match, O'Sullivan found himself up against Carter again, just as he had been the previous May. Having led 5-1, O'Sullivan perhaps never looked more vulnerable than when his dogged opponent levelled at 7-7, but three frames later the match was as good as over. Gears, rather than stratospheres.

Then came Bingham. By now, it was clear that O'Sullivan had returned with menace and purpose, and that his arm was officially loose. Four centuries in two matches showed the benefits of those afternoon confidence-boosters at home; the three frames which stopped the bleeding against Carter hinted that his underrated ring craft hadn't been lost down the back of the sofa. Bingham would be no pushover, but O'Sullivan would have no excuses.

O'Sullivan delivered the defining performance of the tournament, and arguably his entire relationship with the Crucible and its world title. It began with the hint of a 147 - seven reds and seven blacks in the opening frame, before a sensible switch to pink - and developed into a bloodbath. O'Sullivan won frames one, two, three, four, five, six, and seven. He missed twice for every hundred attempts at a pot. And he brought the parable of the prodigal son to the baize, forcing snooker to accept his eccentricities and bow to his brilliance. There are gears and there are stratospheres; The Rocket had taken off. 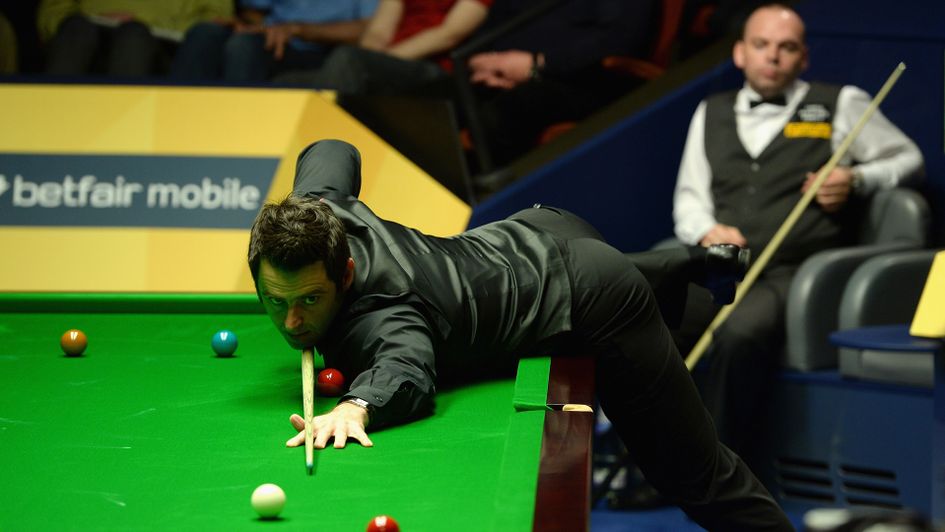 Ronnie O'Sullivan on the charge as Stuart Bingham watches on

Still young, still impetuous, Trump talked a good game ahead of their semi-final, but it turned out he was six or seven years too soon. O'Sullivan dealt with him, too, and then met Hawkins who, at 3-2, became the only player to lead O'Sullivan at any stage in the tournament. It was a lead that lasted minutes, and after pulling level, O'Sullivan registered back-to-back centuries, the 126th and 127th of his Crucible career, drawing level with Stephen Hendry's record tally.

Those two breaks were significant, and so were the two which came after Hawkins had levelled at 7-7. Twice, he had rallied, demanding that his opponent recognise a very real threat. On both occasions, O'Sullivan refused to do so. Two more centuries made him the first man in history to make six in a World Championship final. Breaks of 77, 88 and 86 finished the job.

"A bit Harry Potter," is how he described the achievement, one he'd already said would rank as the most significant of his career. Certainly, there was something magical about this freewheeling expressionism he'd brought home with him. And though O'Sullivan's eyes might be more wild than wide, he always has been boyish when at his best, when the demons aren't there, when snooker is all that there is.

When he goes, when that boyishness gives way, when his focus fails, he will be carried into legend, remembered as snooker's ambidextrous alchemist: everyone has the potions, but only O'Sullivan discovered the elixir. You can see it in a single shot, a single break, a single frame. And you couldn't help but see it in the 2013 World Championship.