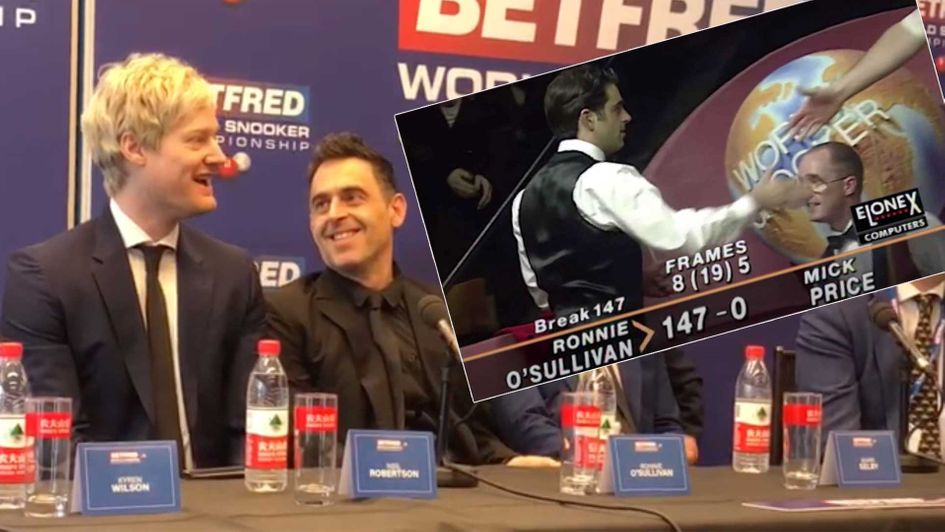 Is Ronnie O'Sullivan thinking of breaking 'that' maximum record?

Records are there to be broken. Unless we're talking about Ronnie O'Sullivan's fastest ever maximum break.

It's been a quarter of a century since a 21-year-old Rocket shot into sporting stardom when showcasing his otherworldly talents in five minutes and eight seconds of pure snooker genius.

Only O'Sullivan himself has got close to lowering the time he set against Mick Price in 1997 when firing in his second of three Crucible maximums in six minutes 25 seconds six years later during a clash Marco Fu but apart from that, it's not even a record anyone contemplates attempting. Not even in the practice room.

In this year's 32-man field, Mark Williams (2005) and John Higgins (2020) are the only other players aside from the Rocket to feel the buzz of a perfect break at the Crucible although the latter's effort two years ago did of course occur behind closed doors.

At a press conference ahead of this year's World Championship, O'Sullivan and other members of the world's top 16 were asked if anyone was capable of breaking sport's 'unbreakable' record.

"Is there anyone in this room capable of making a 147 quicker than Ronnie O'Sullivan's 5min 8sec record?"

Asked @ronnieo147 and co whether 'that' maximum is unbeatable ahead of its 25th anniversary... pic.twitter.com/wxVrudkHRc

The 46-year-old quipped: "Yeah, me! I think Thepchaiya (Un-Nooh) could do it.

"I was a different player back then, I was just playing off instinct, the adrenaline pumping inside me. But I wasn't good enough to win the world title.

"But trying to do that now, playing at that pace - I don't think I probably could. I don't think it's an important record - you guys make more of it than I do. A 147 break is a 147 whether it takes four minutes or 14 minutes.

"It's not the record I'm most proud of."

After Mark Williams pointed at 25-year-old Zhao Xintong, who was less than a month old when O'Sullivan made that break, as a player who could potentially break it one day, John Higgins brought the room to laughter when dismissing himself out of the running!

Scroll down for views of Neil Robertson, Shaun Murphy and Mark Williams

Williams, who became the first player to win a match with a Crucible maximum against Robert Milkins in 2005, later told Sporting Life: "It could be broken but the only two or three capable are Zhao, Jack Lisowski and Thepchaiya Un-Nooh - as well as Ronnie himself. I certainly couldn't - I'd get to 50 at 16 seconds a shot and be knackered!

"I've only made two in my career because it's not something I really go for or are interested in to be honest. I was back then because there was £147,000 on offer but there's nothing for it these days so I'll always focus on winning the frame first. You only consider it when you're well in front and the reds are nicely split but if it's a close game, it's the last thing on your mind."

Neil Robertson also eluded to the prize money to emphasise O'Sullivan's brilliance under monetary pressure: "The scary thing is the prize that was on offer was £147,000. The prize isn't anything like that now so maybe with less pressure it could make an attempt more realistic."

When the players were asked if anyone could even try and match it in practice, the Aussie added: "To do that you'd have to be running round the table and missing!"

Shaun Murphy has made six 147 breaks in his career - a tally only bettered by O'Sullivan (15), John Higgins (12), Stephen Hendry (11) and Stuart Bingham (9) - and he later told Sporting Life: "I don't know anyone who would mess around in practice trying to make 147 breaks as quickly as possible. It's not something I do but I do practice specifically to make maximums and there aren't many players in the game who have made more than I have.

"There are specific practice routines I'd do around that but not in terms of time. In practice of course you are picking the balls out of the pockets yourself and there's no referee but I think all the top professionals could get around seven or eight minutes in tournament conditions with the standard of their cueball control.

"It took everything I had in the press conference not to point out that Mark Selby once took six minutes to play one shot at the Northern Ireland Open so on a pro rata basis he would take an hour to make a 147!"

Ronnie O'Sullivan wins his match 10-1 in 108 minutes. Mark Selby has been playing around 280 minutes to lead 5-4. Any excuse to dig this up...pic.twitter.com/hzoGnnsx9W

Murphy was particularly intrigued by O'Sullivan's analysis of his 147 break in the press conference, saying: "It was very interesting to hear him say he wasn't the complete player in 1997 and although he was good enough to make a maximum in five minutes, he wasn't good enough to win the title! It shows the depths to what he's gone to in order to improve his game."

The 2005 champion may yet to have a World Championship 147 to his name but he does know what it's like to have one scored against him when Stephen Hendry produced perfection in the 2009 quarter-finals.

He said: "When the frame has gone, you are just willing every single ball in for your opponent, especially at the Crucible. It's magical and I'm sure everyone who has ever made one in that arena will remember it for the rest of their lives. They'll have played better matches and forget those, but not a maximum at the World Championship.

"It's on my bucket list. The closest I came was 104 with two reds remaining and I was shaking like a s***ing dog.

"If I do it this year there will be fist pumps like never before. I do think someone will make one this year - the standard has been so high all season and the playing conditions including the cloth and balls have been exceptional. Everything is there for it to happen."

Here below you can watch O'Sullivan's other two Crucible maximums in full - but you can click here to revisit all 11 in one place.

Ronnie O'Sullivan came relatively close to breaking his record of the fastest ever 147 when clearing the table in six minutes and 30 seconds, which is easily the second quickest of all time. It came during the first session of his first-round match to Marco Fu, when trailing 4-2, but it couldn't prevent him suffering a 10-4 defeat the following day.

Ronnie O'Sullivan became the first person to record a third Crucible maximum in 2008 although at that time nobody else had managed more than one! It was the second time a maximum had completed a Crucible victory - with his opponent Mark Williams being the first to do so three years earlier of course - and also the second time a 147 has been scored by a player who goes on to win that same World Championship. 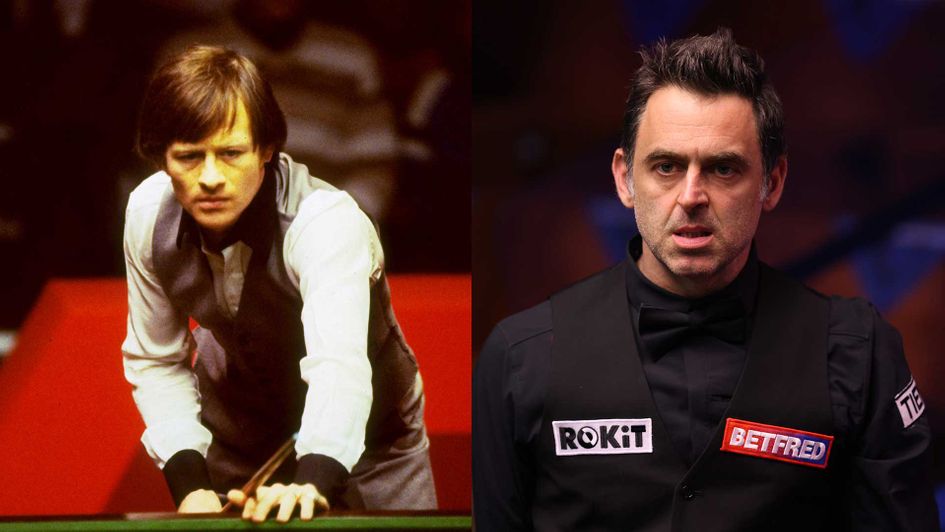 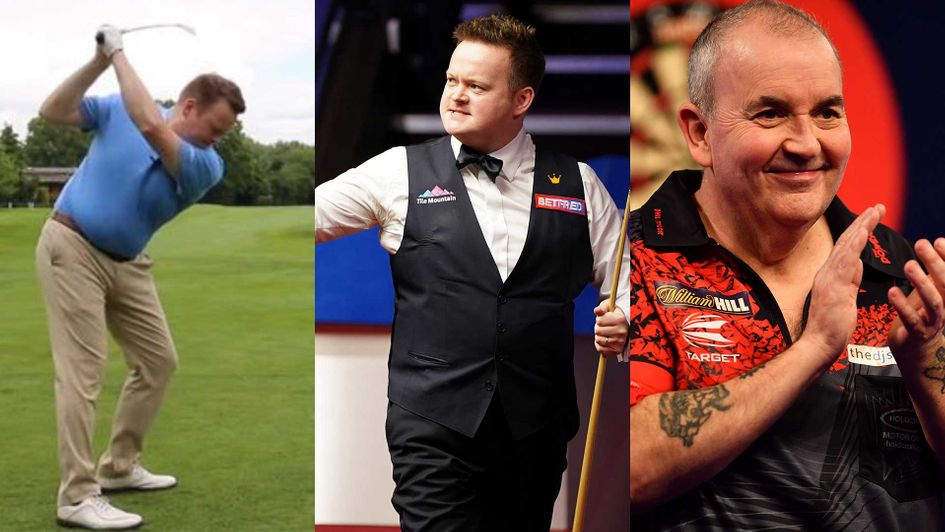