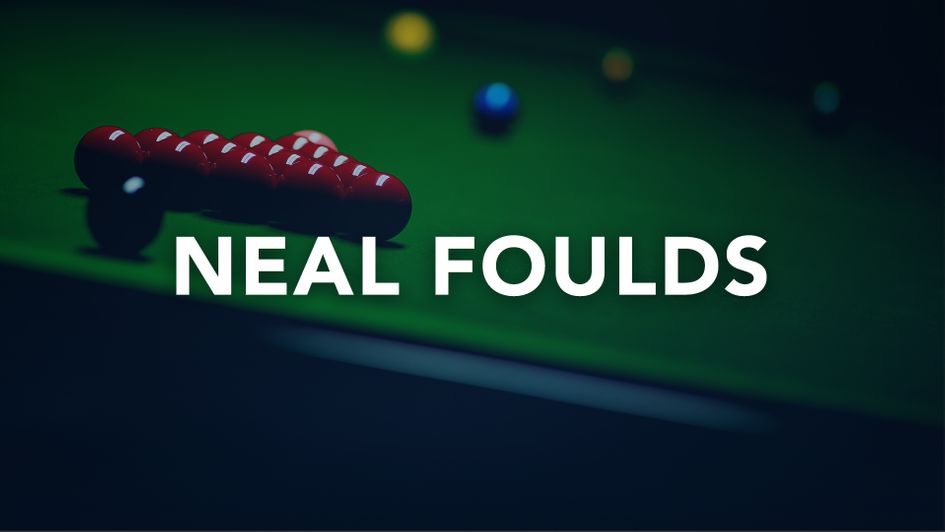 Neal Foulds looks ahead to the World Championship

Neal Foulds runs the rule over the top 16 seeds for this year's World Snooker Championship, which begins at the Crucible Theatre in Sheffield on Saturday.

It's so hard to know what to expect from Mark Selby, a brilliant Crucible champion who won his fourth world title here last year and is someone who is always so hard to beat if getting his teeth in the tournament.

The problem for Selby backers is that he's had a really poor season so far, didn't qualify for any of the big Cazoo events after Christmas, and has been open about his ongoing struggles with his mental health.

There are similarities with Selby this year and Ronnie O'Sullivan when he came into the 2013 renewal having missed the whole season, only to win at a canter in Sheffield. Having seen so little of Selby since Christmas, we just don't know, but you can never write him off at the Crucible. 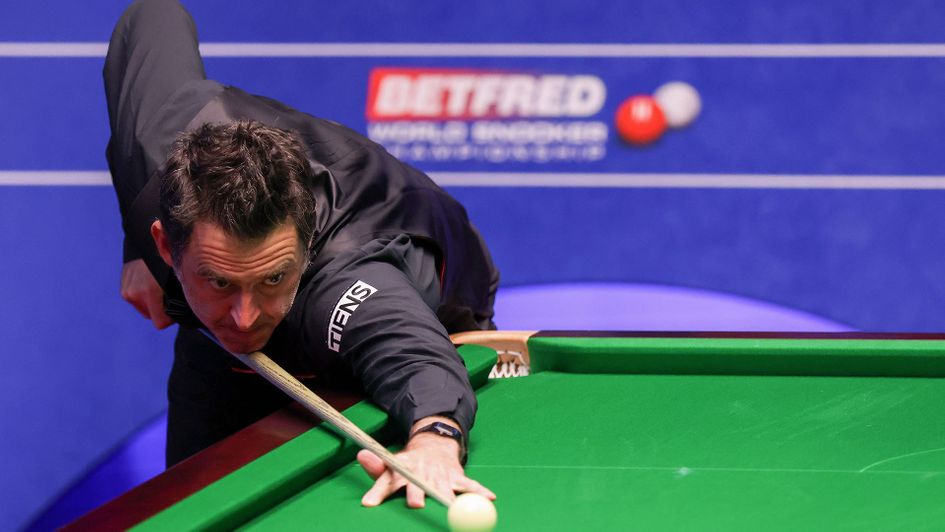 Ronnie O'Sullivan is world number one again after another consistent season that was highlighted by his win over Neil Robertson at the World Grand Prix. He'll need to win his seventh world title in order to stay at the top of the rankings, as he'll lose his points from 2020 at the end of the tournament, but I'm not ruling that out.

I'm convinced O'Sullivan will equal Hendry's record one day, and he'll need to do it soon, but he's played a lot of snooker this season and I just wonder if that might catch him out if he goes deep in the tournament.

Things worked out well for him in 2020. Playing behind closed doors meant he was able to concentrate on his snooker oppose to everyone always wanting a piece of him, but he deals with that stuff so well and has to be on the shortlist again this year. 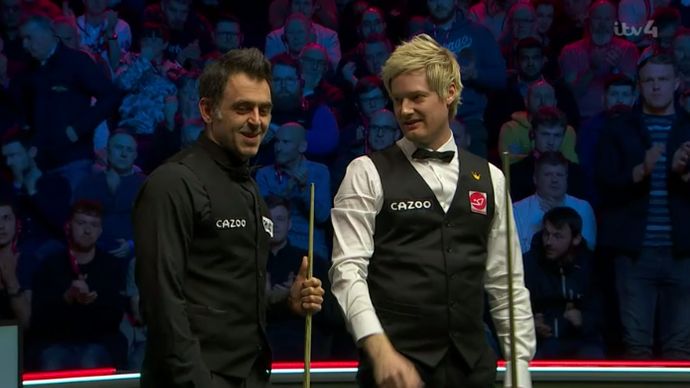 Neil Robertson is the best player in the world right now. It's hard to argue that point.

There's no doubt he can win what would be his second world title, and if he does, he really would be setting a benchmark by going all the way in Sheffield on the back of four major wins already this term.

They were all big events, too, and if he were to round off what has already been a remarkable and very busy campaign, he really would be the man.

Personally, I fear that we might have been here before with Robertson and that he could have left his challenge behind by the time he gets to Sheffield and is almost burnt out at the end of a very long season.

Judd Trump is another who has to make the shortlist, but of whom there are genuine concerns about.

He played really well to win the Turkish Masters but when he lost to Luca Brecel at the Tour Championship, his long potting let him down and I think there are areas of his game that need addressing.

It was the same early in the 2019 World Championship and he found the formula in the middle of the tournament that year, but I do think he has a few questions to answer this time around.

I was leaning towards him after Turkey but I'm not sure he's playing consistently well enough right now for the ultimate test.

I'm tipping Kyren Wilson this year. Regular readers of this column might accuse me of a big U-turn on this but the more I look at this year's event, the more I like Wilson's chances.

This season has been quite a frustrating one for him as he's come unstick in the latter stages of lots of events when seemingly in the mix for trophies. But this event is a different beast and we know he excels at the Crucible

He's still relatively light on Crucible experience, compared so some anyway, but his record in Sheffield is tremendous and he played superbly to reach the final in 2020 until Ronnie O'Sullivan proved a bridge too far.

He was very good again last year and looked firmly on course for another final when dominating his semi-final with Shaun Murphy, only for the 2005 winner to play out of his skin in the second part of that match.

His time will come, I've no doubt about that. His game is there. He is the type of reliable operator you need over 17 days, with a strong safety game and the mettle to handle the one-table set-up.

He just needs to take the next step now and I think he can. 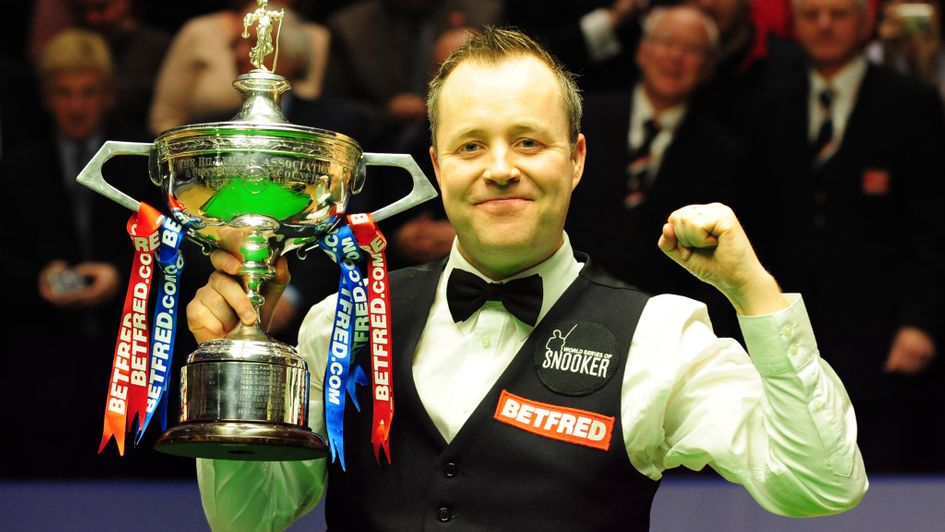 After what happened in Wales, losing the Tour Championship final against Neil Robertson from 9-4 in front, I do fear for John Higgins at this event. That was a crushing defeat and it will be hard to stomach.

He looked a forlorn man at the end of that match and for the first time, he missed balls under pressure. That used to be his strength and for once, it appeared to be a sign of weakness.

Higgins is a great player, one of the very best we've seen, and someone will still have to play well to beat him given his rich history in this tournament.

He certainly won't go down without a fight, but it will hard for him to bounce back from the Tour Championship so quickly.

I think Zhao Xintong is a terrific player but we must remember that he's not yet won a match at the Crucible.

If he got a nice first-round draw and can get himself through to the second week, he could be a big danger given how devastating he can be and how well he played when winning the UK Championship earlier in the season.

My big worry with Zhao is that when that bad session comes along, and it always does at the Crucible, how well can he manage that and keep himself in the game before it's too late? That's where someone like Mark Selby is so good, but Zhao hasn't shown us he can do that yet.

I think Mark Williams has a live chance this year. He's suffered some crushing defeats through the season – his recent loss to Ronnie O'Sullivan at the Tour Championship and to Neil Robertson at the Masters two that stand out – but there's no doubt that he's playing well.

He won the British Open to kick off the campaign and while it was a shock when he won his third world title in 2018, I'm not sure that would be the case if he did it again this year.

I think we've seen glimpses of that 2018-winning form from Williams this season and I can't rule him out.

Barry Hawkins has a reputation, and justifiably so, for producing his best at the Crucible. And that's right, given his terrific record here over the years and that he made the final in 2013.

I'm not sure he can win it now, but he's made two major finals already this season and boasts the sort of percentage game that is served so well in this event when the matches are much longer than we have all year.

His game is clearly in good shape and a big run wouldn't surprise, but I'm not sure I can see him lifting the trophy. 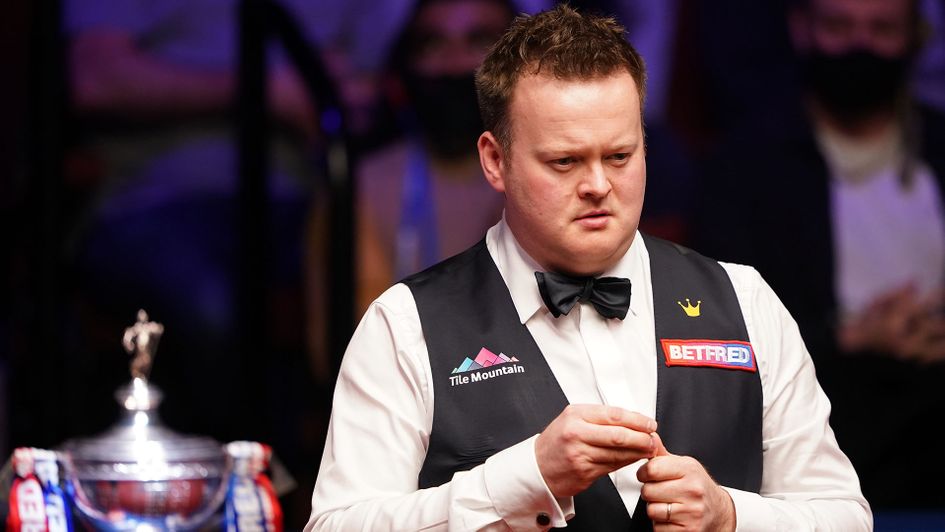 It's hard to knock Shaun Murphy's pedigree and in reaching four World Championship finals, winning his first in 2005, his record in snooker's biggest event is outstanding.

He had endured a dire season last term until something clicked in Sheffield and he reached the final, pushing Mark Selby all the way.

Getting to that final probably saved his ranking and he'll be hoping for something similar this year, having again struggled for results.

With Murphy, I do wonder if he's had his eye on the World Championship for a while now, knowing he plays so well at the Crucible and that it's worthwhile him targeting one big push at the end of the season.

With all that in mind, he's hard to completely rule him out, for all his recent form wouldn't have you rushing to back him.

Luca Brecel was the youngest ever Crucible debutant in 2012 but, remarkably, he's still to win a match at the venue 10 years on.

He lost to Marco Fu from 7-1 in front in 2017 and has certainly had his chances, having lined up as a seeded player.

He gets that privilege again this year having won the Scottish Open in tremendous style, displaying all the class we know he has, but his first priority must be to win that first match.

A little bit like Shaun Murphy, Stuart Bingham is a man with a real pedigree in this event and he enjoyed a fine run to the semi-finals 12 months ago when a touch unlucky to lose to Mark Selby in a close match.

That was a gruelling encounter, but Bingham once again showed that he has all the tools to thrive at the World Championship.

His recent form is not good enough, but if he got on a roll again, he could be very dangerous. 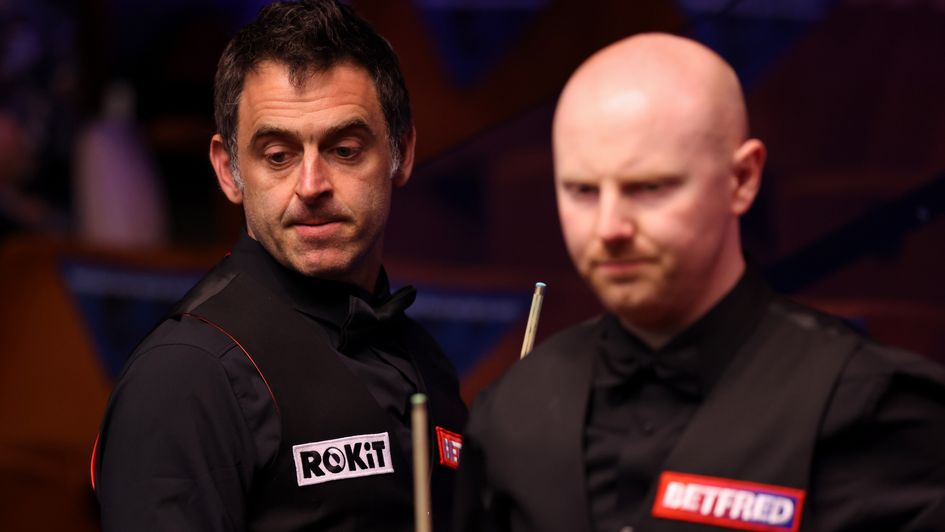 Anthony McGill is one of those players who just comes to life at the World Championship.

He's very similar to compatriot Graeme Dott in that sense and they both play a similar game, playing the percentages, banking on a strong safety game, and holding yourself together in the pressure moments.

We know McGill can score well, too, and he played fantastically well to beat Ronnie O'Sullivan 13-12 in a deciding frame at last year's World Championship.

You don't do that without being a good player and another deep run isn't out of the question.

Nothing would please me more than to see Jack Lisowski win – but I'm afraid I just can't see it.

We know Lisowski has all the talent in the world but that maiden ranking title still evades him and he's not fired on all cylinders this season.

On the positive, he held himself together really well to beat Ali Carter in a close match at the Crucible last year before Neil Robertson had to play well to beat him.

I really fancied Mark Allen last year and he didn't do a lot wrong against Mark Selby. In fact, he played well but Selby was awesome.

He was probably unlucky to bump into Selby in that form and I'm convinced a big performance at the Crucible from Allen is still there.

He's got the game and as I've always felt with Allen, if he can work his way into the second week, he's more than capable of going all the way.

A few people think Yan Bingtao has got the game to become world champion and his style of play suggests the Crucible will be a good venue for him.

There's the possibility of a showdown with Mark Selby in round two and that would be a really tough match for both. Yan has a good record against Selby, but not at the Crucible, and we might learn a bit more about him there.

He has the patience, the determination, and the safety game, but the question is whether he can score heavily enough.