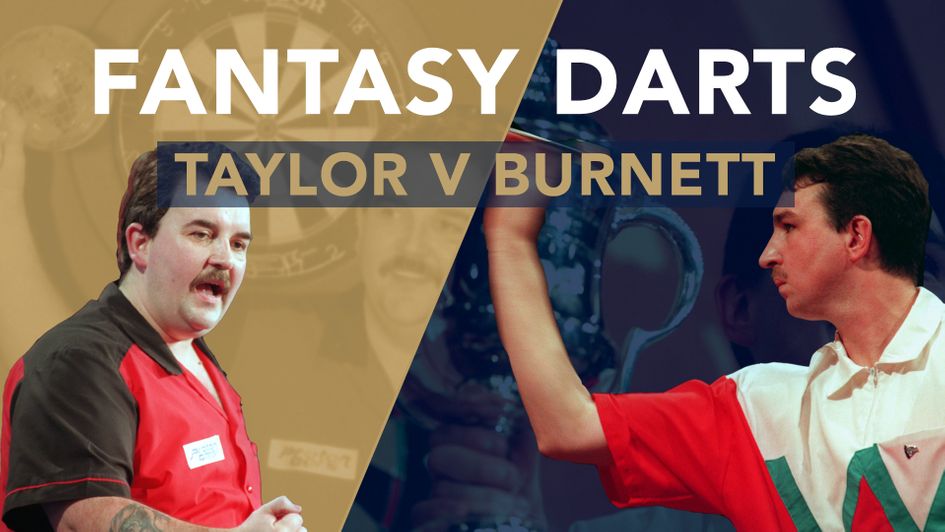 Who would win between the 1995 version of Phil Taylor and the 1995 Richie Burnett?

Phil Taylor v Richie Burnett: Who would win this Fantasy Darts match if both players met in 1995?

Darts was undergoing an era-defining evolution in the mid-90s as the growth of the PDC started to gather pace with Phil Taylor emerging at the forefront - but the BDO was certainly still blessed with many of the world's best players.

Shortly after the Power won his first of 14 PDC world titles in 1995, a young Welshman named Richie Burnett became Lakeside champion on his tournament debut by defeating Raymond van Barneveld in a thrilling final, while he also defeated a certain Peter Wright along the way in what was Snakebite's only match on a world championship stage until 2010!

There was much debate throughout this period regarding which organisation possessed the superior players and there's no doubt a 'champion of champions' clash between Taylor and Burnett in 1995 would have made fascinating viewing and been very hard to call.

The duo did meet in a cross-organisation 'Battle of the Champions' two years later but at that point Taylor was quickly turning into into a ruthless winning machine on another level to the rest and defeated Burnett 4-1.

By the time the 'Prince of Wales' finally moved to the PDC in 2000, the gulf between the pair had grown further and Taylor won nine of their future 10 matches, including a 17-9 triumph in the 2001 World Matchplay final in Blackpool. Burnett never managed to win a PDC major but he may well have done had he made the switch a few years earlier.

As for his greatest year of 1995, could he have beaten Taylor?

Paul Nicholson gives his verdict in the latest edition of his 'Fantasy Darts' series...