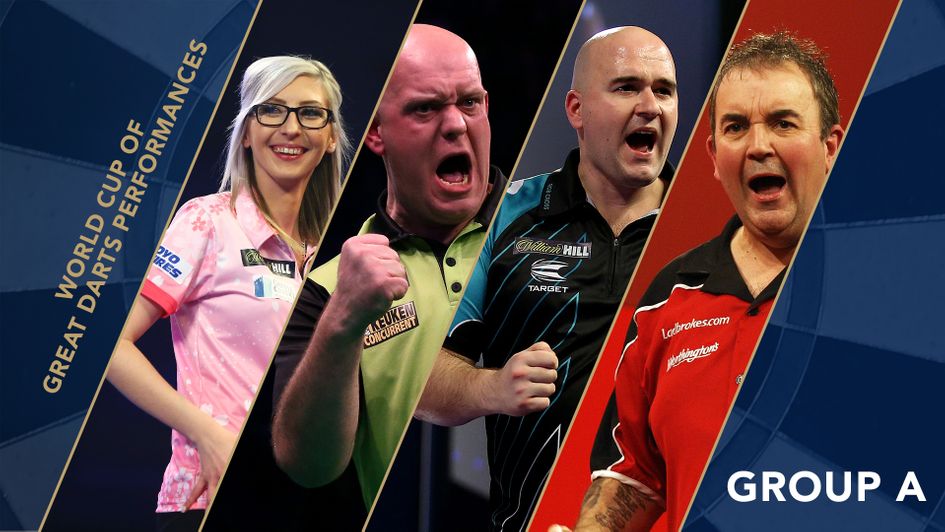 What is the greatest televised darts performance of all time? You can now have your say by voting in our new series of videos.

There have been hundreds of memorable displays on the biggest televised stages down the years - not only by darting icons at their unplayable best but also by lesser known stars or unsung heroes creating incredible shocks and comebacks.

It's almost an impossible job deciding which is the greatest performance of them all but that doesn't mean we can't try and crown a 'champion' by canvassing the views of darts fans across social media.

The concept of this World Cup series is relatively the simple: There's eight groups themed around the variety of different televised major tournaments, with each one featuring four famously iconic performances.

You vote for your favourite and all eight group winners will advance to the final...

Group A consisted of four World Championship displays at the Alexandra Palace.

Leading pundit Paul Nicholson joins our darts expert Chris Hammer to discuss each performance in the video below and the winner ended up being Rob Cross!

We picked out four epic World Matchplay performances for Group B...

The third group focused on fantastic performances at the BDO World Darts Championship:

The fourth group of our series was all about the Premier League and the eventually winner was Phil Taylor for hitting two nine-darters against James Wade in the 2010 final.

The fifth group was all about the World Grand Prix and there were plenty of record-breaking displays:

The Grand Slam of Darts has seen its fair share of epics but it's a player from the BDO who swooped in to top this group!

The UK Open was the focal point of the next group and unsurprisingly it was Michael van Gerwen who topped the poll. After all, he did hit 17 perfect legs in a row and sandwiched a nine-darter inbetween a pair of 170 checkouts!

Four final entries from those which didn't make the previous groups...