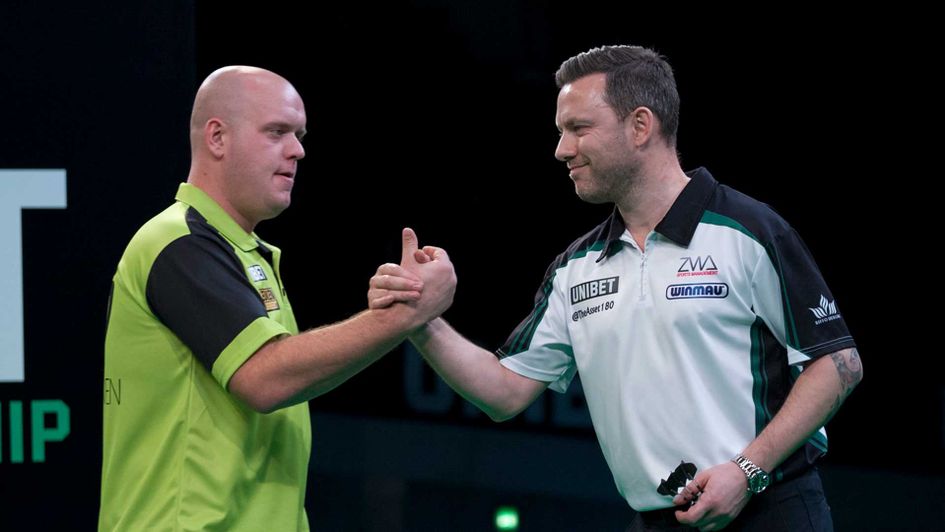 How to make it as a darts player? Six key ingredients that all aspiring players must have to become a professional

Becoming a darts player is a more lucrative career option than ever before, but the competition to make it as a professional – let alone thriving as one - has never been tougher.

Apart from talent, what do aspiring players need to climb through the ranks? Former major winner Paul Nicholson, who is also a leading coach and pundit, outlines what he feels are the key ingredients for success, whilst he also shares his experiences as a stark reminder of just how challenging the journey can be…

Predicting the 2022 World Matchplay - the second biggest major in darts!

For someone with a genuine ambition of making it – and belief that they have the talent – the first requirement is commitment. Almost every top player has endured low moments during their careers when they could have walked away and said ‘this isn’t for me’. You need the strength to ride the bad times and stay committed to your path.

Michael van Gerwen is a prime example. He won the World Masters aged 17 but over the next three years things weren’t clicking for him. He struggled for consistency and wasn’t heralded in the way he would have expected after such an early high.

However, he showed incredible commitment and dedication during that time and eventually it paid off in emphatic fashion.

A career is never going to be a horizontal line with lots of titles and big pay cheques. There will be ups and downs, but whatever happens, you need to stay committed.

If you can put talent and commitment together, then special things can happen. Just look at Michael van Gerwen. He’s never just relied on his talent.

You’ll never know when your commitment will pay off and you shouldn’t expect immediate results. Jonny Clayton had always been committed long before he became a beast in 2021. He has showed it to everything in his life – his family, his darts, his career as a plasterer, and his sponsors. Winning the World Cup gave him that extra bit of belief to find the next level but it is all a result of a lifelong commitment.

There are a lot of players out there who hate practice but that’s probably because they don’t really know how to.

They just think practicing is throwing darts at a board and feeling good. Practice is about establishing a focused mindset for a set period of time and doing structured drills and challenges. If more people were to do that, the standards of the game would improve even more.

You must stay committed to your practice regimes in order to get the best out of yourself. If your routines are ragged and inconsistent, you won’t get much better.

One of my biggest words for getting to the top is ‘sacrifice’ and there’s different types of it, including family, time and money.

The amount of time you sacrifice away from your loved ones is massive – and very tough on a lot of players. It wasn’t as big for me because I don’t have children but I know those who do and how difficult it is for them.

John Part wanted to live in Canada but flew over to play in tournaments pretty much every week, which just shows you his level of commitment!

Jeff Smith travels from New Brunswick to Europe all the time to play in tournaments, and that means he spends less time with his daughters than he did before, but there are some players in the past who didn’t use their Tour Cards anywhere near enough, including Royden Lam.

He is very talented but after winning his Tour Card he’d go back to the Far East and we’d barely see him for a year or two. He didn’t commit himself enough or make the level of sacrifices needed to unlock his potential.

Kyle Anderson is at the top of the tree for me in terms of the sacrifices he made. He moved to England and stayed here for months and months on end without seeing his partner, child, brother and father. He won a place in all of our hearts and did achieve many of his aspirations.

My sacrifice was different but also significant as I gave up a highly paid job in Australia to pursue my dream. I had the security of earning a six figure salary as a superannuation education consultant, had a company car and great house – but I was willing to give those things up to have a crack at what I’d always wanted to do.

I enjoyed my old job, which I believe did help give the communication and presentation skills I later needed in my media and coaching work, but ultimately I had to follow my dream.

Damon Heta left his home and job in Australia to move to Leicester with his partner – but perhaps the biggest sacrifice for him was leaving the climate and laid back lifestyle, which really suited him.

But he’s now one of the hottest properties in the game so it’s definitely paying off.

Sacrificing money is also a huge factor because playing darts is not cheap if you don’t win the big pay cheques. You will spend lots of time and money on hotels, travel, food and refreshments, so for anyone who thinks it’s a glamourous living, it’s not!

It’s a sport where there’s a lot of banging your head against the wall (metaphorically speaking) for very little winning unless you are an elite player.

Imagine everything that goes into getting to a European Tour event in Prague, for example, and then being knocked out after 20 minutes!

In my next column I’ll look closer at the costs of being a darts player.

For many players, having that team spirit and the right person by your side is a big deal. Whether that’s family, friends, management, sponsors or the whole lot.

Some players like to go to tournaments with a specific person and wouldn’t feel right if they didn’t, such as Keegan Brown and his wife Roz – they are a team at every event he plays. Peter Wright is obviously supported by his wife at all the big events and also does his hair that gives him his on stage persona.

Others have more of a managerial team such as Damon Heta, Glen Durrant, Jim Williams and Dimitri Van den Bergh - they are all part of Mac Elkin’s management team and feed off each other.

I used to feel that with Modus and ZWA back in the day before things got a bit more secular but I think players all need their own version of support. Someone you can count on when the chips are down. Later on the support of my friend Conor, who would come and join me at events in the UK would prove key to giving me the shoulder I needed when things got sticky, and the person to revel with when positive things happened.

Sponsors and manufactures might not necessarily give you emotional support at events but they are an integral part of your support network for financial and equipment reasons.

When I wanted to change darts, Winmau told me to come to Wales and they’d make one specifically for me – can you imagine the confidence that gave me? It doesn’t matter what I want, they’ll try their hardest to make it possible.

Michael van Gerwen struggled in his first year with Winmau but they said ‘don’t worry, we’re going to solve this’ and that two-way commitment from both parties is now paying off.

Unfortunately, this level of support – as well as decent money from sponsors – will only happen when you start proving yourself at the top level. It’s very rare to receive it at the start of your journey unless it’s obvious you are freakishly talented and destined for the very top.

I don’t think enough players ask for help. When I first joined the circuit as an independent player without a manager, I remember thinking “what do I actually do?”

It’s not just the big things like how to get sponsors, management and a coach.

I was asking everyone for all kinds of help – including where refreshments were, when the doors open and information about the tournament structure. The sooner you find out everything, the more comfortable you feel around events and how to handle yourself.

When Boris Krčmar won his Tour Card two years ago he famously said “I don’t know what to do with it!” But he did actively seek help and received it.

It’s not just practical help we’re talking about here – it’s also advice about how to improve your game.

Some of the younger players seem too afraid to ask for advice and help but there are also some older players who are perhaps too stubborn and set in their ways to seek it, even from coaches.

The next generation of stars such as Luke Humphries and Dimitri Van den Bergh see someone doing well and they will ask them for advice and strive to better themselves. In the past this kind of thing didn’t happen, you just had to muddle your own way through your career and keep things to yourself – but that’s all changing now.

When Leighton Bennett won the Cambridgeshire Open at the age of 12, many older teenage players and some in their 20s all panicked and said ‘oh, I should have won something by now’.

It doesn’t work like that. Leighton and 15-year-old Luke Littler are both anomalies – as well as Michael van Gerwen winning the World Masters at 17, and Beau Greaves being Womens world champion at 18, but most players don’t make it until their late 20s or early 30s.

That age is getting a little bit lower because of the JDC and the Development Tour, which gives more opportunities to younger players than ever before but you still have to be patient. Nobody will be world champion at the age of 16. Darts is a sport for all ages and it’s never too late to join the race.

I was a county player at the age of 19 and was pretty good. I thought maybe one day I’d be world champion. It was another 10 years and two continents before I turned pro!

There were times when I thought I’d never realise the dream of turning pro but I did always test myself, no matter where I was.

I never allowed my challenges to be easy and that’s one last piece of advice I’ll give to anyone reading this. Be patient about where the darting landscape is taking you but wherever you go, always reach up.

Wherever you are playing, make sure you test yourself and play people better than you. If it’s too easy, change. If it’s difficult, that’s good – stick at it until it’s not.

If you don’t step up, you won’t improve.