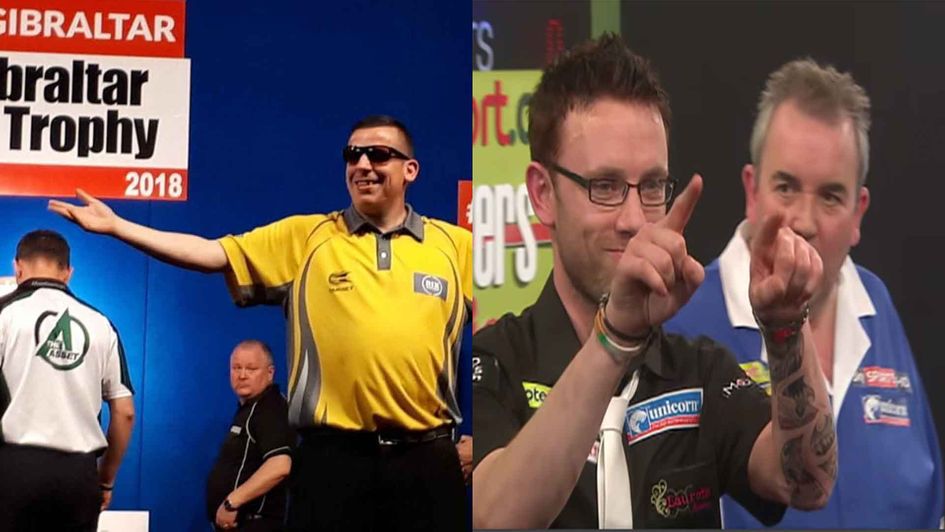 Favourite opponents in darts: Paul Nicholson picks out the players he enjoyed facing the most during his career

In his latest column, Paul Nicholson reveals the list of his favourite opponents - and there's certainly some surprises.

When we talk about players we like to face, a lot of people would assume it’s those who we have great records against – or are generally inferior opposition.

But it doesn’t work that way. A true professional wants to test themselves against the best and be part of thrilling matches that live long in the memory, especially on the big stage with millions watching around the world. That’s the reward for putting in all the hours of practice and beating everyone else to earn these opportunities.

There were players – especially in the days before tour cards - where you’d think ‘if I draw him, it’s a guaranteed win’ but you don’t look forward to those matches or enjoy them.

So, my personal three favourite opponents all pushed me to my limit…to say the very least. 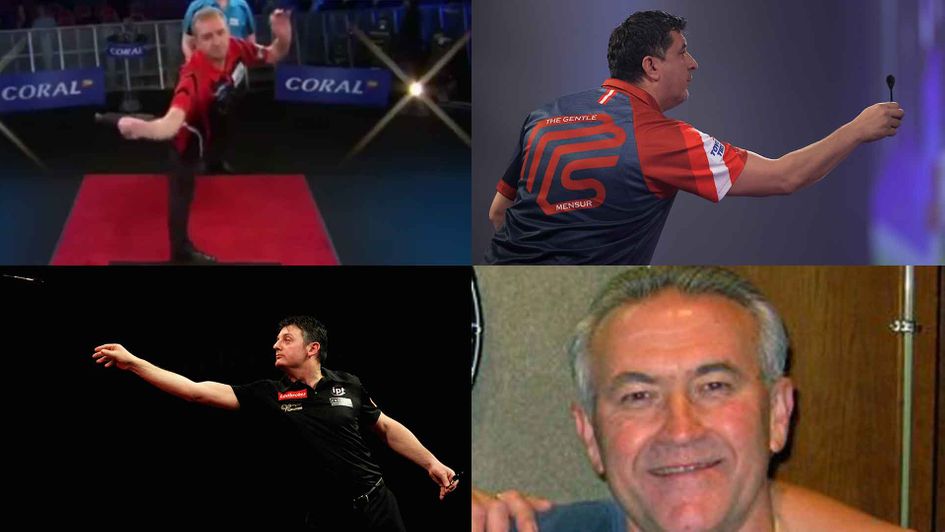 Click on the image to find out about these opponents

This might shock a few of you…especially because I lost 23 of our 25 meetings!

But on all of those occasions I was obviously the underdog and that means less pressure and more licence to enjoy the challenge.

Anyone should relish the opportunity to play the greatest of all time but from a technical point of view, he also played the game at a perfect pace and rhythm. Our styles of play complimented each other and although there were the odd mind games here and there, they never bothered me.

The reason he beat me 23 times was because he was better than me. On the two occasions I came out on top, I was better that day. Mind games never, ever came into it – despite what people might think due to our rivalry.

Hardly anyone has a great record against Taylor so we all cherish those rare times we did get the upper hand, especially if it was on television in a high-profile tournament.

Both of mine came in televised majors at the UK Open and the Players Championship Finals – which I went on to win of course – and went to deciding legs, so I’ll always treasure those moments.

The best game we actually had from a quality perspective was a European Championship quarter-final which he beat me 10-7 and I really enjoyed that one too.

Even when we weren’t getting along, there was never any nastiness during the game. All the issues we’d had in the press or during post-match interviews never affected the actual matches.

The only time it got a bit frosty was during the UK Open in 2011 when I waved him off but apart from that we’ve always been very gracious.

After Phil beat me 6-1 in a Players Championship event back in 2016 – at a time when I was trying to rebuild my career after a wrist injury – he came and sat down next to me and said: “I notice you’ve made some changes to your throw. Whatever you’re doing, you’re doing the right thing so keep it up.”

After everything we’d been through that was very classy and I was touched by it.

If you asked Phil who his five favourite players to face were, I doubt he’d say me.

He recently said during a podcast that I was the only player who got under his skin. That’s actually a massive – albeit strange - compliment when you think of all the rivalries and great players who have tried to outdo him down the years!

There’s not one player on tour – or even on earth – who doesn’t like Dave Chisnall. He’s impossible to dislike.

I played him 11 times and won four of them – so again, he’s not someone I had an easy time with!

I knew I could give everything I had and our relationship would be absolutely fine afterwards. No matter what happens on the oche, Dave will just be Dave at the end of it.

You knew there’d be no crosswords, yet plenty of friendly smiles in acknowledgement of great shots – or comical errors!

In our last ever meeting in Gibraltar in 2018, he nicked my sunglasses from the table and turned to the crowd! With some players that could be considered mind games, but with Dave it can only make everyone laugh. If it was his attempt at mind games, it didn’t work because I won and reached the semi-finals! 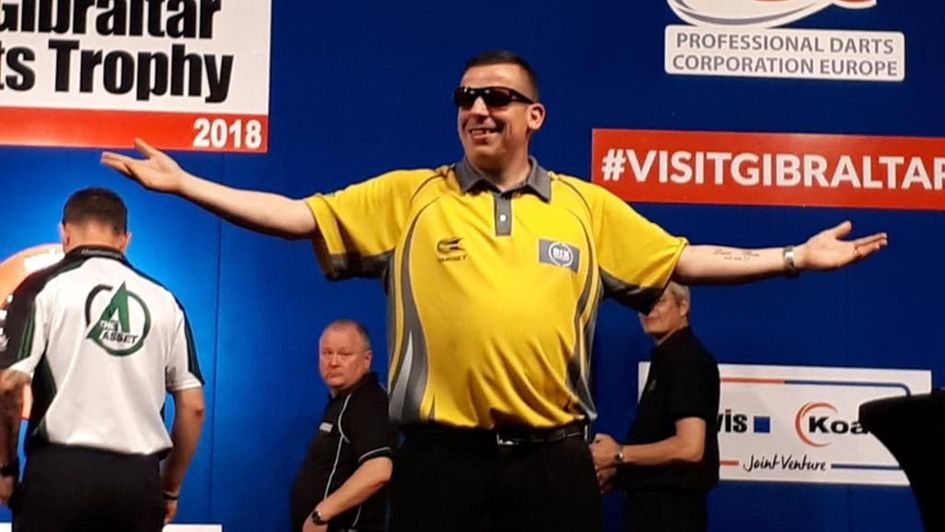 I loved every game we played, regardless of the result, but I often wonder if his one weakness is being ‘too nice’.

I played Peter Wright 14 times during my career and beat him six times, which isn’t too bad considering his incredible talent.

I’ve been friends with Peter since November 2008 and he’s always been someone who’s made me laugh and been motivational. His wife also used to cut my hair!

Whenever we played each other, it was always fun apart from our World Championship match back in 2010, which he won 4-2, but that was because I’d put too much pressure on myself.

After that I was a lot more relaxed against him, there was never any drama, it was always played in a very good spirit and I always enjoyed his pace. He’s not too fast or too slow, and you can stay in a nice rhythm.

I could be who I was and I knew it wouldn’t affect our friendship. There were certain other players where I felt I’d have to reign it in a bit if I didn’t want to get their backs up with me on a personal level. I’ve had spats with players, but never with Peter.

Gary Anderson is a great example of someone I’ve enjoyed many fantastic matches with but there were times when we didn’t talk for a few seasons. Thankfully any problems we ever did have are water under the bridge now.

By the end of the first phase of my career around 2014, I remember hearing his music playing as he danced across the stage as Snakebite, and I was amazed.

A lot of people at the time thought it was just a gimmick but I knew how clever it was to engage with the audience.

He once said that the reason he got so courageous with his on stage persona was because he saw what I did with my character to stand out from the rest – and I find that extremely flattering. He understood what I was trying to do and he went his way with his own original ideas.

If it wasn’t for my Alta ego, I don’t think I’d have won anything close to what I did. I needed that separation between me as a person and me as a player. And the same could certainly be said of Peter, who was at a real crossroads in his career when he created Snakebite.

Players everyone love to face

STEVE BEATON is probably at the top of many players’ lists.

He’s one of the nicest guys you’ll ever meet, gets on with the game, doesn’t care about tactics, never gets riled up and you always know what you’re going to get. A match played in the right spirit.

Even if he thrashes you 6-0, it’s impossible to walk away angry because of the calm, gentlemanly aura he gives off!

I did try to be aggressive during a Grand Slam match against him but I felt awful about it. I won it but a couple of weeks later I saw him and apologised – and he didn’t mind at all.

Fallon Sherrock’s reaction to being drawn against Steve at the World Championship told you all you need to know about what players think about him.

It was an honour for her although as it turned out, the crowd didn’t really have the heart to boo him and therefore the atmosphere probably played into his hands.

Even those who don’t like playing fast players will enjoy a match with MICHAEL SMITH.

He’s got the likeable factor about him, the crowd will be involved and his standard should bring out your best.

He’s gracious in defeat up on the stage and how often have we seen him pipe down the crowd when his opponent is going for a big shot?

Michael is also a pure dart player and loves playing the game rather than the mind games.

He’s the sort of player that would almost apologise for beating you and like Dave Chisnall, he’s probably a bit too nice for his own good!

If they both want to win more they probably have to find a nasty streak somewhere but I’m not sure either have one, which is commendable in many ways.

I’ve sadly never got to play MARTIN PHILLIPS but he’s one legend who everyone would enjoy coming up against.

He always walks into a room with his big beaming smile and it was still there whether he’d win or lose.

When he won the World Masters back in 2014, the outpouring emotion from everyone else in the darts community was bigger than his own.

Mark Webster played with Martin for Wales during his BDO days and he’d always say he was a joy to play with as much as it was to play against him.

Martin didn’t feel the PDC was for him and therefore never made the switch despite getting a taste of it during four Grand Slam of Darts appearances – and decided to stay employed as a binman.

MARTIN ADAMS is another legend we all love playing against.

Even more now than ever before, he’s reached a point in his career where he doesn’t want any of the shenanigans, he just loves playing darts.

Martin has that lovely laugh and smile which we see at the end of every match, regardless of whether he’s won or lost.