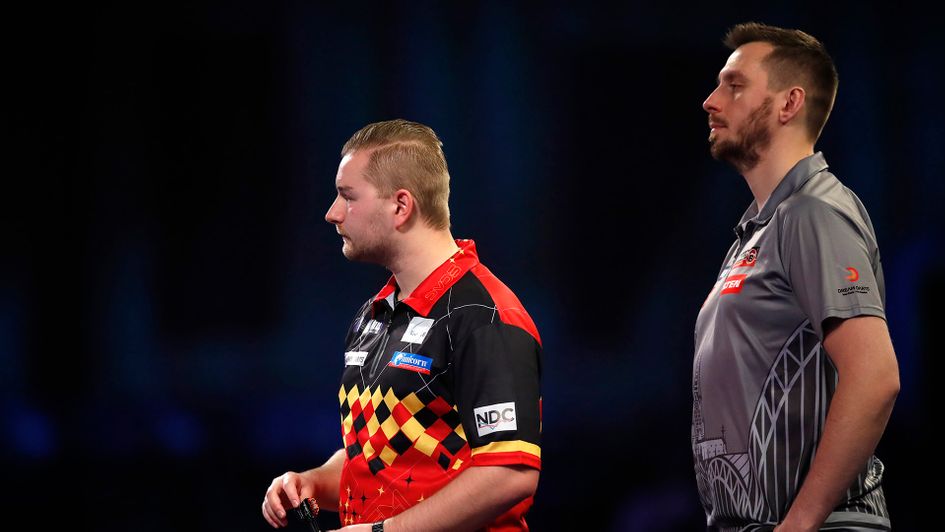 A review of Tuesday's action at the William Hill World Darts Championship, as Florian Hempel knocked out Dimitri Van den Bergh in round two.

Florian Hempel caused the upset of the PDC World Darts Championship so far as he knocked out fifth seed Dimitri Van den Bergh with a breathtaking display of doubling.

The German, who is playing in just his second televised tournament since earning his Tour Card back in January, showed no sign of nerves against one of the tournament favourites as he pinned nine of his 12 attempts at the outer ring (75%) and also produced clinical checkouts of 104 and 100.

Hempel averaged an impressive 98.37 and hit five of the 11 maximums in the match and although Van den Bergh also scored powerfully with an average of 101.78, the Belgian was made to pay for missing 11 of his 17 doubles.

😲 Who would have thought this was Florian Hempel's second TV event since earning his Tour Card in January?

👌 He hit 75% of his doubles in a stunning 3-1 victory over fifth seed Dimitri Van den Bergh.pic.twitter.com/t3rQKozDB7

Michael Smith produced the performance of the tournament so far as he averaged 106.32 in a 3-0 thrashing of Ron Meulenkamp.

Bully Boy, who was tipped up pre-tournament on these pages at 25/1, threw six of the seven 180s in the match, pinned nine of his 12 doubles (75%) and fired in a 110 checkout while his Dutch opponent only managed two attempts to finish, hitting one of them.

Smith is in one of the toughest quarters alongside Gerwyn Price and Jonny Clayton but on this evidence, neither will want to play him.

👏 On this evidence our 25/1 tip @BullyBoy180 will be hard to stop, even in a quarter with Price and Clayton.pic.twitter.com/qAig1vv25d 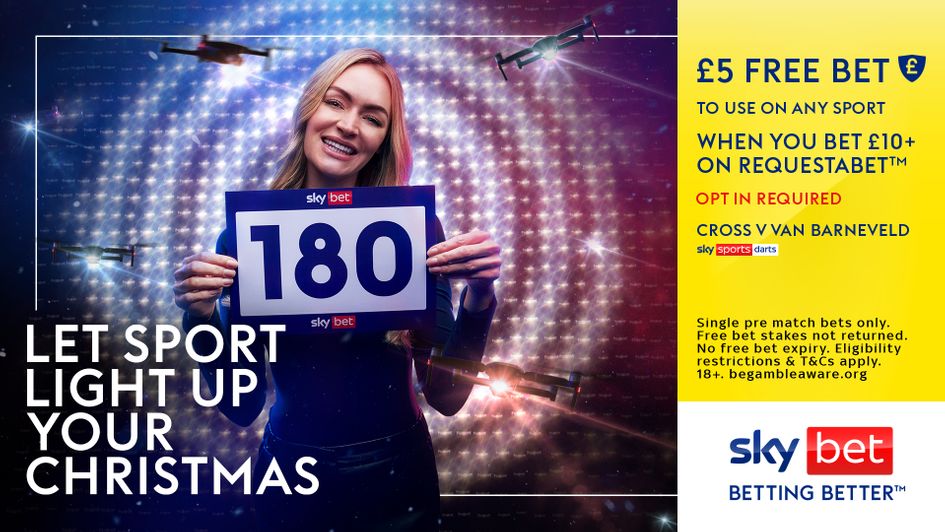 Another seed fell in the final match of the night as Devon Petersen slumped to a 3-0 defeat at the hands of debutant Raymond Smith.

The 28th seed has endured an alarming season in stark contrast to his impressive 2020 and was unable to lift his game for the Ally Pally crowd as he averaged just 87 compared to his opponent's 93.25.

Petersen only managed to hit three of his eight attempts at doubles as Smith clinically pinned nine of his 16 and also weighed in with a 121 checkout.

In the opener, Vincent Van der Voort claimed a 3-0 victory over Adam Hunt that was closer than the scoreline suggested.

The Dutchman pinched the first two sets in deciding legs before romping away with the third 3-0 and he'll next meet James Wade.

Mervyn King rattled off nine successive legs to turn a 2-0 deficit into a 3-2 victory on day seven of the World Championship.

King was in big danger against Ryan Joyce, who took six of the first seven legs and was hunting another break of throw at the start of the third set.

Then came the turning point as King took out 120, began the next leg with back-to-back 140s for an easy break, and closed out the set to halve his deficit in the blink of an eye.

Joyce then missed four darts to hold throw at the start of set four as King swooped in, breaking again to win the set with an 87 finish which forced a decider.

As if to underline that the tide had fully turned, King kicked off set five with a 180 to Joyce's 71, the latter then missing four darts for the following leg before King took out 110 to complete the comeback.

After two sets, Ryan Joyce was averaging over 106 but Mervyn King then reels off nine consecutive legs to win the next three sets and he seals the victory!

Dave Chisnall was a ready 3-0 winner against Mike de Decker, although the scoreline failed to reflect how close these two were - indeed both averaged 96.43.

Chisnall though won the important legs, most notably the fifth in set one which saw him hit double five with his final dart, knowing that de Decker stood waiting on eight.

If that was a blow to de Decker then Chisnall's 146 to steal the opening leg of set two made life really difficult and the St Helens man added a smart 63 finish to extend his advantage, before taking out 95 to go 2-0 up.

Chisnall then needed a 12-darter to hold at the start of set three, broke with a 94 finish, and was again under pressure when hitting double five once more to finish a match which was competitive throughout.

Another remarkable finish from Dave Chisnall who pins D5 for a huge 130 checkout and he's two legs from a whitewash victory!#WHDarts pic.twitter.com/Xr0K1jB7GY

Lewy Williams enjoyed a dream debut as he whitewashed Japan's Toyokazu Shibata 3-0, with the Welsh teenager to face Gabriel Clemens in round two.

Williams was solid throughout, buoyed no doubt by the seven missed darts at double Shibata produced in the very first leg of the match.

Bossing matters thereafter, Williams dropped just two legs, averaging 93.05 and doing enough to suggest he could give Clemens plenty to think about in the second round.

Lowe was quick to find his stride when it came to heavy scoring, but having missed a dart for an 11-darter to open proceedings, it eventually took him 23 to get the job done.

Further problems on doubles continued to dog him in the early stages, but by the end of the match he'd upped his return to an unlikely 31 per cent and again suggested de Sousa will have to be alert to the possibility of an upset.