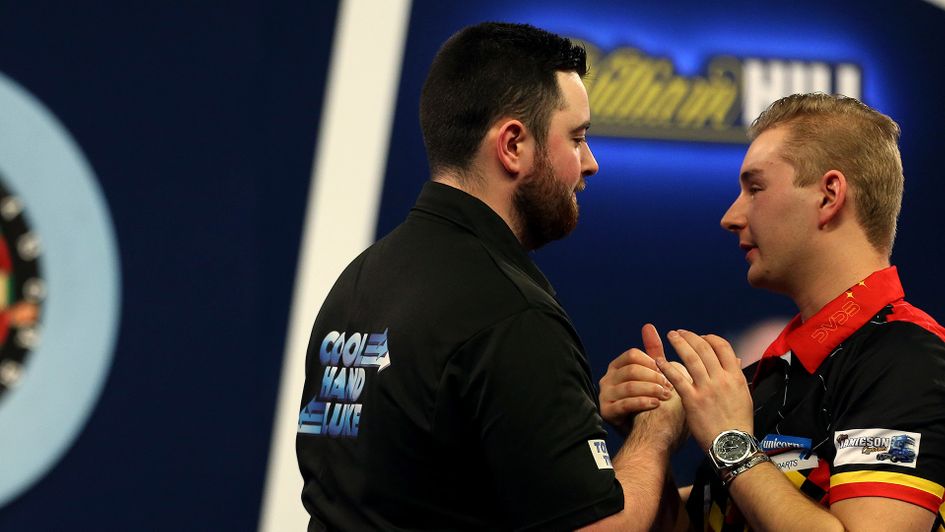 Paul Nicholson picks out two rising stars in darts who could be on a collision course to create an iconic rivalry of the future.

The Asset recently reflected about three of the greatest rivalries darts has ever seen, but in this column he turns his thoughts to the future and which two budding stars could be vying for the biggest prizes in years to come...

I genuinely believe Luke Humphries and Dimitri van den Bergh will meet in a world final within the next five years and one day will be jostling for the top two positions in the rankings. It really is a mouth-watering darting rivalry for the future.

These guys aren’t jousting on social media in the same way that Anthony Joshua and Tyson Fury are – it’s not that kind of rivalry.

This could however blossom into something truly special in years to come based on what they’ve done, what they’re doing now and their rich potential for the future.

They’ve both won the World Youth Championship, and Dimitri Van den Bergh even beat Luke Humphries in the semi-finals en route to his first of two titles in that event. I watched the end of that game and it really couldn’t have been much closer. At the time I remember thinking “I’ve got a feeling I’ll be watching that fixture a lot over the next 15 years.”

They’ve only met twice since then, including Humphries’ 4-1 victory at the 2019 World Championship, but as they both continue to climb the rankings, they’re bound to meet many more times on the major stages.

🎯👏 Luke Humphries is the real deal.

👍 Amazing to think this is @lukeh180's second televised tournament ever! pic.twitter.com/viXqtuIOVW

They both reached World Championship quarter-finals at the same time in the 2020 edition – with Humphries achieving it for the second time in a row – while they were previously winning Development Tour titles together.

Van den Bergh has obviously become a bigger star over the last year or so due to his World Matchplay exploits in 2020 and 2021 as well as his superb Premier League debut but Humphries does at least now have a TV final to his name having so brilliantly thrashed Michael van Gerwen at the UK Open before coming up just short to James Wade.

He’s also reached three Pro Tour finals this year, losing to Gerwyn Price, Jose de Sousa and Peter Wright so he really is on the brink of his first PDC title success like Dimitri.

I also love the fact that they are from two different countries and cultural backgrounds too, and whilst their entries into the sport have therefore contrasted, they are on similar trajectories.

You could say Dimitri has almost been a pacemaker for Luke but ultimately he wants to overtake him.

I don’t think they are close friends but neither do they dislike each other whatsoever. They probably don’t even see themselves as big rivals at this moment in time but I think they probably have an inkling that their careers are on track for some major collision in the future.

Obviously the very best sporting rivalries have a bit of needle to them or personality clashes so you might not look at either player’s personalities and think they are ripe for headline grabbing duels.

However they both have fire, passion and personality when they get out on stage – even if it’s not in an aggressive way - so if they play each other when the stakes are high, we will see sporting fireworks and high levels of performance.

Let’s face it, they are the epitome of what the PDC want to lead the next generation, especially given their roots from the Development Tour rather than the old way of coming from the BDO.

I don’t want to put too much pressure on them as there’s still plenty for them to achieve before they get close to those heights - not to mention the other star names ahead of them – but I don’t think there’s anyone from the Development Tour ranks who have quite the same talent and potential.

Apart from Bradley Brooks and Lewy Williams, I don’t see too many big characters coming through at the moment so Luke and Dimitri are going to be real inspirations for those stars of the future.