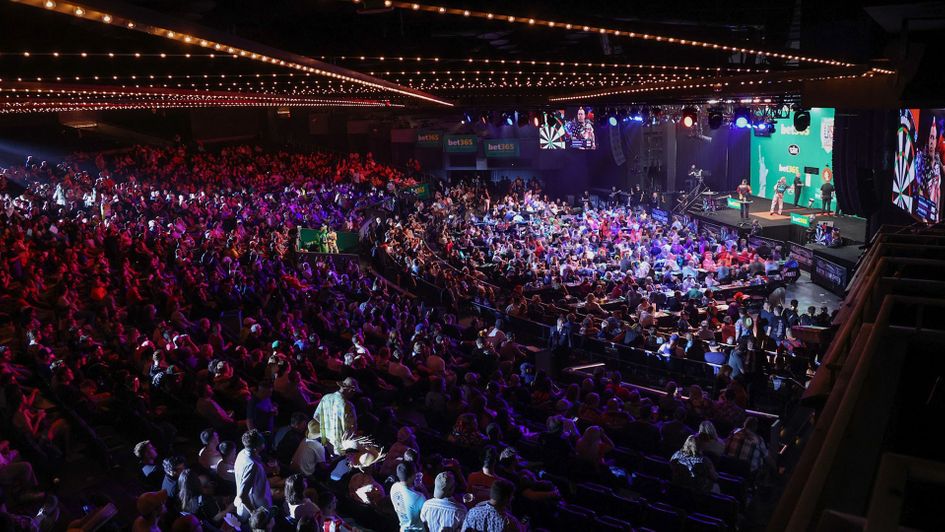 Should more ranked majors be held away from the UK?

How could the world of darts be improved? Paul Nicholson's five suggested changes and solutions

Paul Nicholson highlights five things he’d like to change in the world of darts and has ideas on how to make them happen.

Mix up the formats

Primarily, I’d love to see more double-start darts on the calendar but I’m also keen for the PDC to introduce other formats.

The best-of-11 legs format has been done to death and younger players coming through are so used to it that they tend to get found out when it extends to best of 19 or set play.

There’s not enough flexibility and in an entire season we get one double-start tournament – the World Grand Prix – and one pairs event – the World Cup. Surely there’s scope for more?

How about every European Tour event that has ‘Grand Prix’ in its title becomes a double-start event? It would certainly help the standard of this format improve by the time the World Grand Prix comes round.

I think we could also have a 1001 tournament where each match is just one leg and then there’s the Royal Rumble style event which has been widely discussed on social media and in one of our previous columns.

Obviously these ‘novelty’ events have to be unranked which slightly contradicts one of my other sections below but they would just be one-day tournaments that capture the imagination and not clutter the calendar. You could even replace some of the World Series events that take place in Europe with them.

The biggest hurdle standing in the way of the World Cricket Championship coming back is that not enough people in Europe know about the format.

However, they are getting more exposed to cricket due to the Dart Connect system having some of the pros playing it and they love it. So if you were to put a World Cricket Championship on now compared to the last time in 2010, which was held behind closed doors in Las Vegas and won by Phil Taylor, it could really take off.

This could be a weekend event for the top 32 and those who don’t know how to play it would have to learn the hard way! It would educate the darting public about cricket and how to play it, while it also gives us commentators a very different challenge!

Too much unranked action

August is a month which really highlights one of my main bugbears about the PDC circuit – too much unranked darts.

There are two World Series events in Australia and another in New Zealand while there’s just three Players Championship events for everyone else. I know there’s women’s series action too but that won’t affect the world rankings.

September will see ranked action pick up again with plenty of European Tour events and Players Championship events and I believe that’s what fans get more excited about – not all these World Series tournaments. Having said that, it is good to see these back and happening. I just wish we could have ranking action in places like Australia and New Zealand, giving everyone the chance to pick up worldwide points.

The ones that take place in Europe earlier in the year are more of an issue to me because the point of the World Series is to grow the game around the globe. It doesn’t need growing in the Netherlands! I have said this before.

The World Series of Darts Finals also needs to take place outside of Europe such as Asia or North America because these are massive growth areas.

Finally, I think they need to make the season-opening Masters a ranked event to give it more grandeur – just like what happened to the Grand Slam of Darts several years ago – and that would also help cut down the amount of unranked action.

I want more major tournaments held outside of England.

Now I am also a fan of tradition so I’m not calling for the World Championship to leave Ally Pally or the World Matchplay to leave Blackpool while the UK Open obviously has to stay in Britain – but we could see some movement elsewhere.

The Players Championship Finals are held at the same venue as the UK Open in Minehead due to a promotional deal but should any specific location have two majors?

I would like to see the World Grand Prix return to Ireland but if that’s not possible then it should be given to a different country other than England.

I’ve been commentating on the European Tour for six years and the one problem we’ve had throughout is the lack of a crowd on a Friday, particularly the afternoons.

Sometimes there’s only 100 people in attendance which means reactions to great wins and even nine-dart finishes can be rather muted to say the least!

I think PDC Europe should either make tickets free to get people through the door and create a much better atmosphere or make it a very different occasion compared to the weekend, where the crowds are much bigger.

They could invite the schools to come in – like they do in Gibraltar – and create a more family friendly audience where children can learn about the sport and even use it to improve their maths – which is an area the PDC have already shown their support with their Bullseye Maths scheme.

Something has to change to solve this problem and even if my ideas aren’t big money makers, it’s not as if the handful of fans who currently attend on Friday afternoons are bringing much in. These changes would be about growing the sport to a wider audience.

I also think there needs to be more European Tour events in a wider variety of countries – there aren’t any in Denmark, Sweden or Spain for example – to help grow the game in those areas.