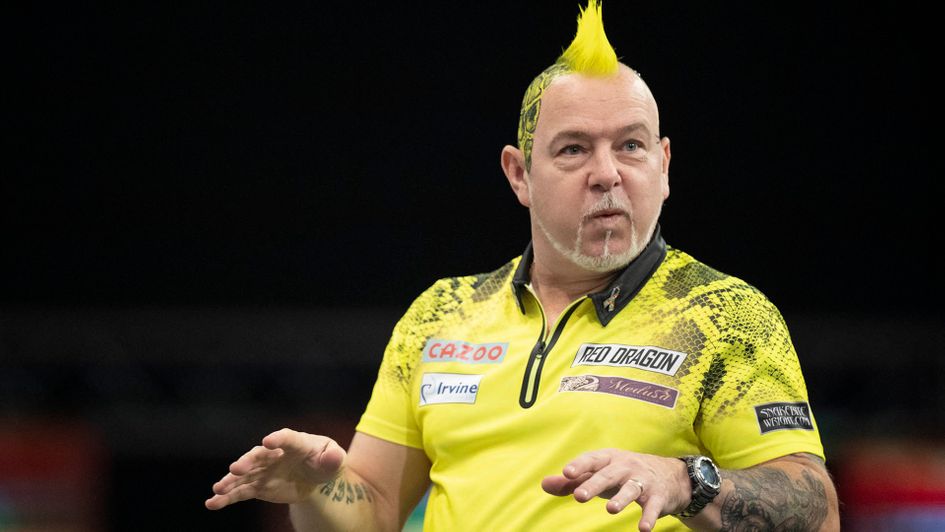 Gerwyn Price is the odds-on favourite to win this title for the third time in four years after his stunning display against James Wade but the way Peter Wright played in the last eight legs of his comeback to beat Michael Smith 16-8 means it could be very close indeed.

When this preview was first published earlier today before the semi-finals, I tentatively wrote: "If Price and Wright are indeed reaching their peak at the right time then that has to be considered the most likely final and from that would be so close to call. If pushed, I'll side tentatively with Snakebite based on the fact he has enjoyed more success this season and could well hit that kind of form."

I'm going to just about stand by that after Wright averaged 115 and fired eight 180s in the aforementioned eight-leg burst and he's gunning to lift this Eric Bristow Trophy for the first time in his career.

After the earlier semi-final tips reaped plenty of profit, I think we should reinvest a point in a special double from Sky Bet which is both players to hit 10+ 180s at 9/4.

Wright ended up with 15 from the 28 legs played and his 180s per leg ratio in the tournament is now a staggering 0.48. Although Price's ratio is 'just' 0.29, he did fire in nine during a one-sided 16-9 victory over Wade. A much closer match and both players could comfortably hit at least 10 apiece.

Is Gerwyn Price about to peak at just the right time?

The two-time champion has taken a while to get going during this tournament in a year which has seen him fail to pick up a TV title since winning the world title, but we saw ominous signs that he's saving his best for the finale when knocking out friend and compatriot Jonny Clayton on Friday night.

His average of 98.11 during the 16-12 victory was his highest of the tournament while he finally found some consistency on the treble 20 bed by firing 11 180s.

Price is very warm favourite to beat James Wade but the same could have been said ahead of the UK Open semi-final back in March only for the Machine to run out a 11-6 winner en route to his 10th career TV title.

Wade does have a higher overall average than the Iceman and while his 97.18 has been somewhat inflated by his PB of 111.71 during his group stage triumph over Rob Cross, he's expertly despatched his challengers since a sloppy defeat to Jim Williams in the opener.

Unless Price does produce one of his untouchable box office performances - which we haven't seen that many times of this year - then this will be closer than the odds suggest, and a longer contest will always bring the Match Action targets into play.

Overall I do think Price is warming up quickly enough to come through an absorbing match and feel it's also worth taking the 3/1 available for him to win, hit eight or more 180s and have a checkout of over 124.5.

Michael Smith had dropped off the radar over the past 12 months or so having regularly been among the favourites to break his major duck but his victory over Michael van Gerwen last night made everyone sit up and take notice again.

The five-time major runner-up, who is into his first TV semi-final since the 2020 World Matchplay, has clearly been working hard on his temperament on the oche in recent months and it seems to be paying off. Against MVG specifically, he never got carried away when storming into sizeable leads (5-0 and 12-7) and nor did he curse any bad luck or missed doubles even when the Dutchman looked as though he was clawing his way into contention (6-7 and 10-13).

Smith only afforded himself to celebrate when the winning double was hit and needs to keep this composure against a player he hasn't beaten in any of their last 10 TV meetings dating back to a couple of Premier League draws in 2019.

Peter Wright's very mediocre tournament average of 94.96 is lower than Smith's 96.55 but it's fair to say he finally came to the party on Saturday night - even if it took an invitation from Fallon Sherrock.

If he hadn't produced a performance much closer to what we saw from him at the World Matchplay, he'd be heading home now and Sherrock would have created another massive piece of darting history, but as it was, he averaged over 100 in a pulsating 16-13 victory and also matched Smith's 180 tally of 14.

He's also averaging more maximums legs than Smith throughout the whole tournament (0.45 v 0.41) so at those levels from both players, we would see over 20.5 180s if there's 25 legs or more. That's 7/5 with Boylesports.

Snakebite also found his range with his 100+ checkouts against Sherrock and if he can keep this momentum rolling in all areas of his came then the 2/1 for him to win, score over 8.5 180s and have a checkout of over 110.5 has plenty of appeal.