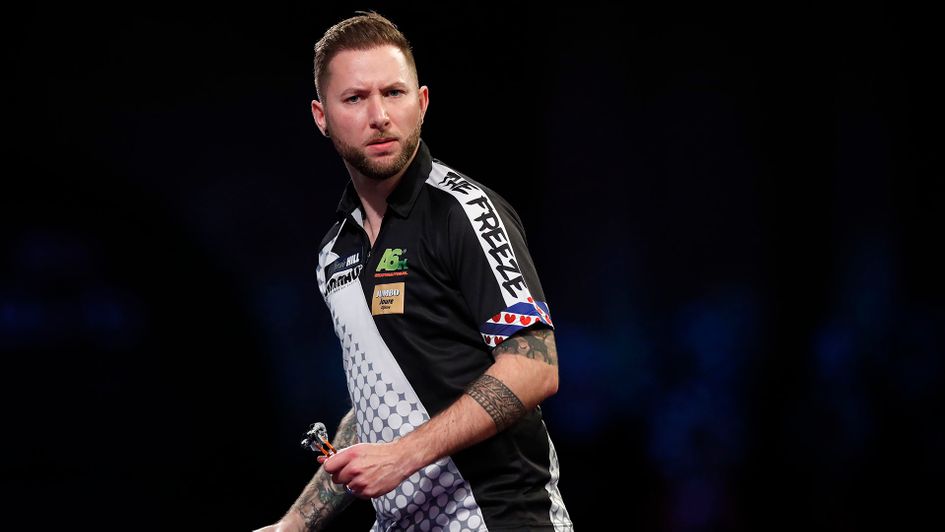 Danny Noppert claimed his third PDC ranking title at Players Championship 19 on Saturday, coming from behind to defeat Andrew Gilding 8-6 in the final.

With Noppert trailing 6-3, Gilding looked on course for a long-awaited maiden PDC title in his fourth ranking final only to be denied by the UK Open champion.

A late rally from Noppert saw him reel off consecutive legs to take home his first Players Championship title since 2018.

"It was a long time ago since I last won one a Players Championship title," said Noppert, who takes home the £12,000 winner's prize.

"I won this title through fighting and never giving up, if you believe in something then you can achieve it.

"I am a happy man to finally have my moment on the floor. There are 128 fantastic players here so to win this means a lot.

"Now, I am looking forward to all the tournaments coming up."

Danny Noppert racks up his third PDC title, coming back from 6-3 down to win 8-6 and deny Andrew Gilding a maiden title!

A superb fight back from the UK Open champion! pic.twitter.com/0SBfid8yB7

Noppert's day in Barnsley began with a 6-0 whitewash of Gordon Mathers before seeing off Luke Woodhouse and James Wade to reach the last 16.

There, Noppert overcame Matt Campbell and backed up with a 6-1 rout of Rowby-John Rodriguez to reach the semi-finals where the Dutchman enjoyed a convincing 7-3 victory over Luke Humphries.

Gilding struck first in the final, pinning the bullseye for a 121 checkout to lead 5-3 before backing up with a hold to lead 6-3.

Noppert clawed his way back into the contest with a 12-dart break to reduce the deficit to 5-6 and two legs later he broke once again to take the lead for the first time at 7-6.

Gilding was unable to stop the onslaught and the following leg saw Noppert finish the job with a last dart double 16 to end his near-four year wait for a Players Championship title.

The £8,000 added onto Gilding's PDC ranking further solidifies his provisional spot in the field for the 2022 Betfred World Matchplay.

This weekend's ProTour action continues with Players Championship 20 on Sunday.