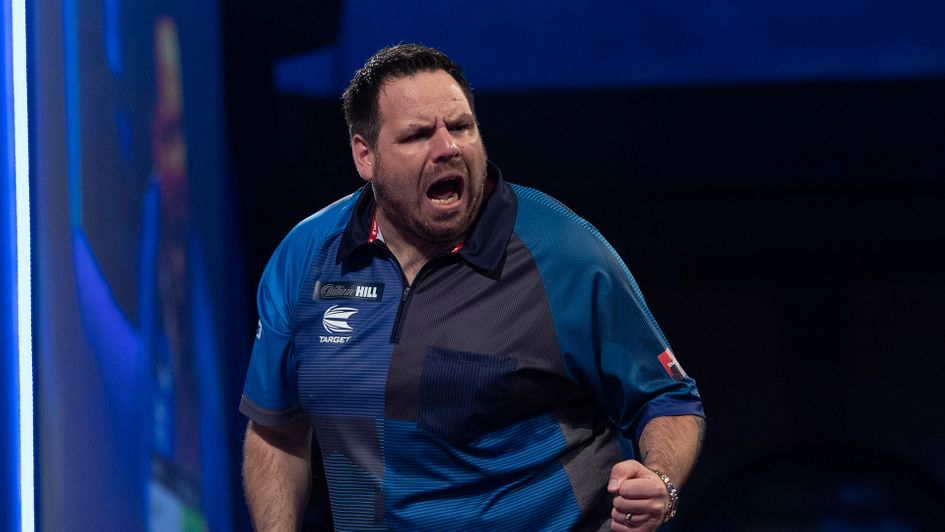 Adrian Lewis won his first ranking title for over three years as he took victory in Players Championship 20 in Barnsley on Sunday.

The two-time World Champion enjoyed a welcome return to the winners' enclosure, defeating Boris Koltsov 8-4 in the final.

Lewis has endured a turbulent time since his last Players Championship success in March 2019, dropping out of the world's top 32.

However, he showed his class with seven wins to scoop the £12,000 title on Sunday in the third of four days of action at the Barnsley Metrodome.

The win secures Lewis' place in the Betfred World Matchplay, which begins in Blackpool next Saturday, with the 2013 runner-up set to return for an 18th appearance after missing out last year for the first time since his debut in 2004.

It's a first title in over THREE YEARS for Adrian Lewis, who averages 103.02 in the Players Championship 20 final to clinch victory with an 8-4 success over Boris Koltsov!

What a win that is! 🔥 pic.twitter.com/Lz7ulDr0a4

"I've worked hard for this, so I'm really happy," he said. "It's been amazing - I made a semi on the first day and that gave me the confidence to turn it on today.

"It's more important, because I thought I might not make the Matchplay - it was hard. After the first day when I got to the semis, it takes a bit of pressure off.

"I played alright yesterday and lost to Matt Campbell, and then today I thought 'right, come on, just give it what you've got'.

"I always believe in myself. If everything clicks, I've got a great chance - I can lose to anybody and I can beat anybody!"

Lewis was forced to battle hard in the day's early rounds, defeating Shaun Wilkinson in a deciding leg before seeing off Martijn Kleermaker and Nick Fullwell by 6-4 scorelines.

He then averaged over 102 in a defeat of Pete Burgoyne, and produced a 99.97 average in seeing off reigning World Grand Prix champion Jonny Clayton 6-4 in the quarter-finals.

Lewis proved too strong for Nathan Aspinall in the semi-finals as he came from a leg down to win 7-2, before seeing off Koltsov in the decider.

Koltsov led 1-0 and also levelled at two-all after Lewis fired in legs of 11 and 13 darts, and three successive legs for the Stoke star moved him into a key 5-2 advantage.

Koltsov hit back to 6-4, but another 13-darter restored Lewis' breathing space before he closed out the win.

German ace Schindler continued his impressive 2022 with a run to a third Players Championship semi-final, while Aspinall also reached the last four in his bid to claim a second ProTour win of the year.

The day also featured a nine-dart finish from Nathan Rafferty, although the former World Youth Championship runner-up went on to lose his first round tie to Dave Chisnall 6-4.

The series of four Players Championship events conclude on Monday with Event 21, which is the final tournament before the cut-off for World Matchplay qualification.