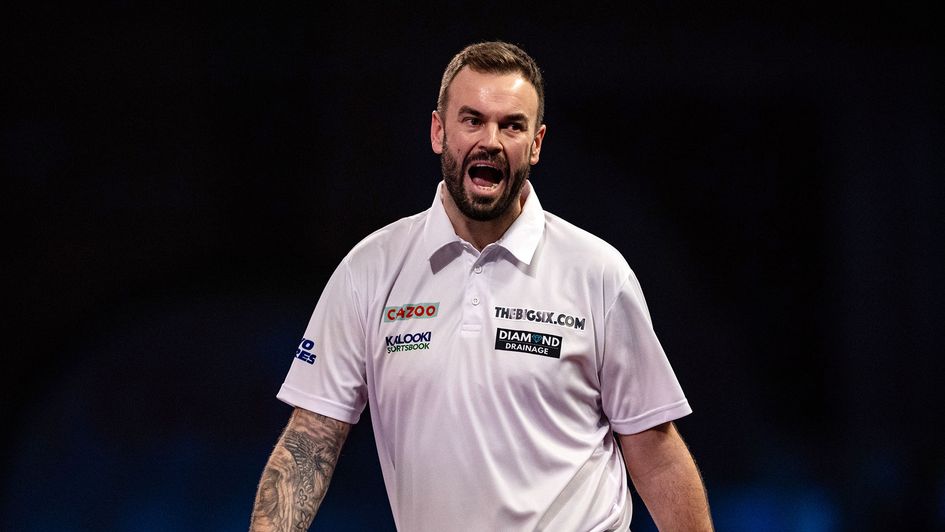 The 2023 Cazoo Masters takes place this weekend so check out Chris Hammer's preview and betting tips.

2pts Gerwyn Price to win the Masters at 6/1 (Unibet)

The darting calendar's traditional curtain-raiser doesn't quite feel like that this year after we've already been treated to a couple of World Series events in Bahrain and Copenhagen.

You could therefore argue that the very big names involved at those the aforementioned tournaments have a slight 'unfair' advantage over the rest of the field, who could be rather rusty after rest, holidays and a lack of match practice since whenever they last played at the World Championship.

In any normal year, that would of course apply to everyone and level up the playing field somewhat - as demonstrated by the fact that the last two finals were contested by players who had yet to win major titles at the time.

Jonny Clayton beat Mervyn King 11-8 two years ago prior to his rampant run in 2021 while 12 months ago Joe Cullen upset the odds to break his duck against Dave Chisnall, who remains without a TV trophy.

The carrot of a Premier League spot is once again dangling in front of those outside the world's top four and while it's not a 'guarantee', the lack of an announcement about the eight-player line-up so far suggests this event will again be important in the selection.

This obviously adds extra motivation to a whole host of players so you can safely assume those who weren't invited to the World Series will have been putting in a lot of work on the practice board.

The top eight seeds only have to win two matches to come through a quarter of the draw, hence why Michael Smith and Danny Noppert are considerably shorter than the other four in this section.

Bully Boy will probably hit a wall at some point in the coming weeks due to all the exertions of winning the world title, the media hysteria that followed it and his World Series double-header involvement. He's now got his first major as world champion to prepare for, the weekly rollercoaster of the Premier League and the start of the Pro Tour season on the horizon!

Obviously he'll want to give a good account of himself this weekend because being announced as the world champion for the first time on UK soil will be a special moment - but don't be surprised if ROSS SMITH catches him cold.

Although St Helens star Smith won in Bahrain and reached the semi-finals in Copenhagen, he was probably running on fumes by the end and his mid-90s average across his seven games overall won't strike too much fear into his refreshed opponents in this part of the draw.

Ross Smith really put his name into Premier League consideration at the back end of last season by defeating Michael Smith in the European Championship final, while he came agonisingly close to defeating Dirk van Duijvenbode in one of the most dramatic matches at the World Championship. Had he hit any of his match darts and then gone on to give Michael van Gerwen a hell-raising game, then he'd be considerably closer to selection.

His phenomenal 180 hitting would make him a crowd favourite if he earned a spot in the line-up but as with so many other contenders, he probably needs to go all the way in this tournament like Clayton and Cullen.

It's certainly not beyond him from what we've seen in the last six months and he rates a good value selection at either 12/1 to win the quarter or 66/1 each-way for the title.

GERWYN PRICE put his World Championship woes behind him over the past couple of weeks to reach two World Series finals with a string of impressive displays - particularly in Copenhagen.

He averaged over 100 in three of his seven games across the fortnight and the mid to high 90s in the others so he'll be slightly disappointed not to have walked away with either of the titles.

If he can maintain his performance levels at the Marshall Arena - where the atmosphere won't obviously be like his Ally Pally nightmare - then he's got every chance of picking up his first TV title since edging out Dirk van Duijvenbode in the World Series of Darts Finals back in early September.

Van Duijvenbode is his most likely second-round opponent on Saturday and as destructive as Aubergenius can play, he's lost 15 of his 16 meetings with Price and that may weigh on his mind again.

That said, the 11-10 defeat he suffered at the hands of the Iceman in Amsterdam at least suggests he's getting closer to getting some more wins on the board while he has that extra motivation of trying to sneak into the Premier League.

Luke Humphries, meanwhile, will have his work cut out against either Joe Cullen or Chris Dobey in the second round and although he has the advantage of playing in the recent World Series events and is pretty much certain of a Premier League spot.

Although he bowed out early in Bahrain and Copenhagen against Raymond van Barneveld and Michael Smith respectively, his averages were in the high 90s and the illness that thwarted his World Championship performances seems to have finally gone now.

Overall, however, Price has the recent form and match practice in his favour so he's a decent bet to go all the way this weekend, while he avoids Michael van Gerwen until the final.

It looks like Peter Wright is back on top form at the start of a new season after a such difficult end to the last one.

Snakebite clinched his first TV title since lifting his second world title over a year ago by winning the Nordic Darts Masters and he couldn't have done it much more impressively than by defeating all the other members of the 'big four'.

He showed his old fighting spirit and mental strength to see off Michael van Gerwen 10-9 in the quarter-finals before he followed up a relatively comfortable 11-8 triumph over Michael Smith with an 11-5 thumping of Gerwyn Price with an average of 102.

He said: "It's lovely when darts go like that - I just felt unbeatable. It doesn't matter who was in front of me. Last year was a bit tough so let's get on it and start winning! This will give me confidence for the Masters next week."

I still don't think one tournament makes him reliable enough to back him at short prices this week given his growing inconsistencies and I wouldn't be surprised to see his run end early in Milton Keynes.

DAVE CHISNALL will be hoping to make it three wins in a row against Wright in round two if he gets past his tricky opener in Ryan Searle, but you need to look at the stats behind the results to see why Chizzy shouldn't be underestimated.

Last year's runner-up has been on this frustrating run of bad luck in majors where he keeps crashing out early on despite producing superb performances - and if he's been practicing hard then I'd like to think he can reach at least the semi-finals this weekend.

He averaged almost 102 in a thrilling St Helens derby at the World Championship where he ran into an inspired Stephen Bunting while he also lost with 100+ averages in the Players Championship Finals and the Grand Slam of Darts.

It would be amazing to see him pick up his maiden TV title here and sneak into the Premier League reckoning but Michael van Gerwen is a probable semi-final opponent - if he gets that far - and few can live with him at the moment.

Michael van Gerwen is the favourite to get over his World Championship hangover by winning his sixth Masters title - and first since 2019.

Although his first outing since his painful Ally Pally defeat to Michael Smith ended in the quarter-finals to old foe Peter Wright at the Nordic Darts Masters, MVG came into the event a bit cooler than everyone else having missed the Bahrain event yet he still managed an average of 97 in the 10-9 loss.

It'll have helped him get rid of the pre-season cobwebs enough to find top gear as swiftly as possible in a quarter that could have been tougher.

If he's anything like the MVG we saw during his run to the World Championship final, then Jose de Sousa or Gabriel Clemens will struggle to run him close prior to a semi-final with either Rob Cross, Dimitri Van den Bergh or Gary Anderson.

He definitely has the phycological edge over VDB having won 10 of their previous 12 matches including a 6-0 pummelling in the World Championship semi-finals while he's also beaten Rob Cross in their last three meetings - including November's Players Championship Finals.

Minor upsets can happen, but I'm not prepared to back against MVG in this half.