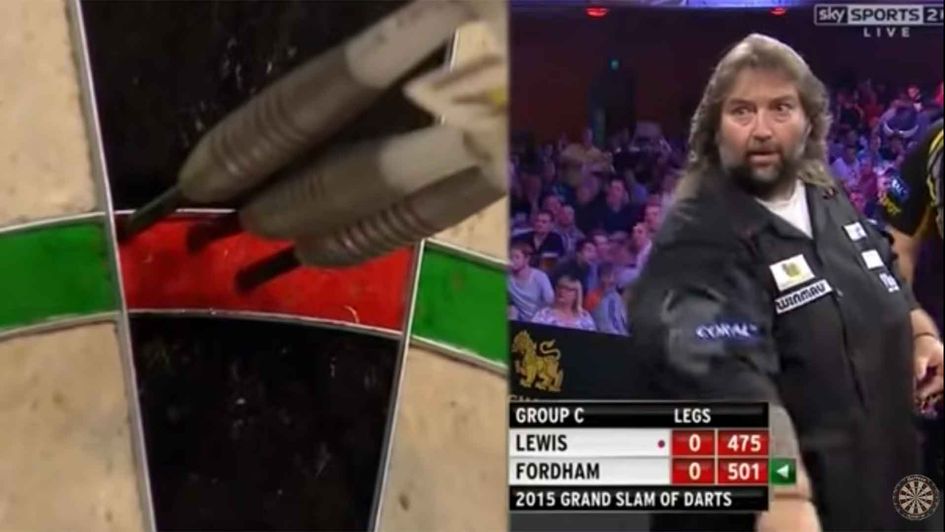 Andy Fordham raised the roof in 2015

Grand Slam of Darts: Why the 2015 edition was the greatest edition in the tournament's history

The Grand Slam of Darts has witnessed many great moments since it was introduced back in 2007 but which was the best edition ever?

Paul Nicholson looks back on the iconic events in Wolverhampton back in 2015, which featured heroics from Andy Fordham, Martin Adams, Dave Chisnall and Michael van Gerwen...

The hype for this tournament was huge due to the debut of BDO loyalist Martin Adams, who had previously either never attempted to qualify or snubbed invites.

Wolfie being part of this tournament got everyone excited and on top of that – Andy Fordham was in it too! In his first game against Adrian Lewis, he started with a maximum and the crowd went wild.

As for Martin’s first walk-on, we didn’t know how he’d be greeted by the PDC fans but he was embraced by every one of them – and there’s no doubt he owned the group stage because of it, even though Dave Chisnall managed a nine-darter against Peter Wright in their clash.

He won all three of his matches against Ian White, Jelle Klaasen and Steve Beaton to stir up the excitement of a possible meeting with Phil Taylor later down the line so it was a shame he was pipped 10-9 by Kim Huybrechts in the knockout phase.

The standard as a whole was phenomenal and we should talk about this event more. There were 20 100+ averages in the group stage – including a magical 113.86 from Geert De Vos against Jonny Clayton - while there were another 13 in the knockout stages.

Michael van Gerwen achieved it in all seven of his matches, including an 111 in a 16-4 demolition of Huybrechts in the quarter-finals.

Phil Taylor was as imperious as ever throughout, averaging over 100 in his knockout stage victories over Robert Thornton and Raymond van Barneveld as he reached yet another final against his blossoming arch rival.

MVG edged it 16-13 to lift the trophy for the first time in his career to complete a full set of majors, while the pair averaged 100.94 and 102.53 respectively. It really was a fitting way for the tournament to end.