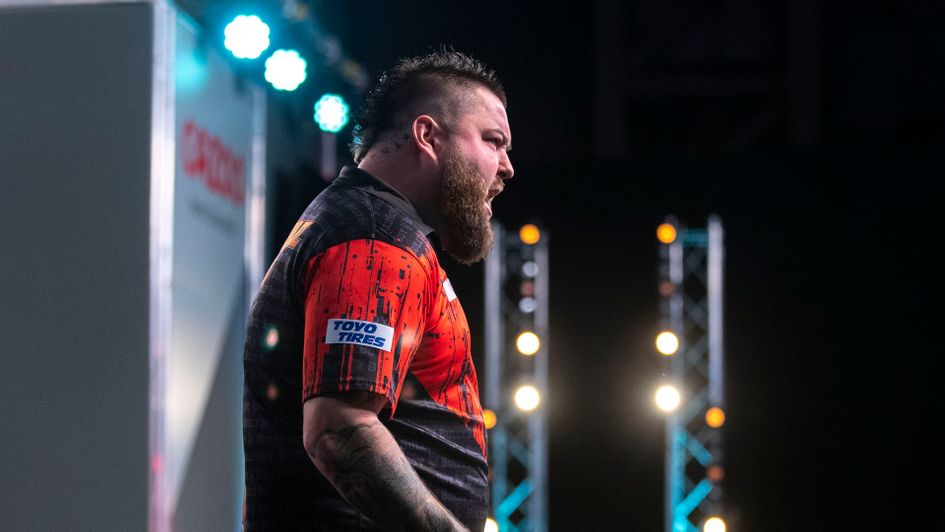 Michael Smith won his fifth title since the start of May with victory over Dirk van Duijvenbode in the Players Championship 16 final.

It's the third Players Championship he's picked up in a row during this hot streak of form while he also won the recent US Darts Masters and last month's Dutch Darts Masters on the European Tour.

Smith has won 38 of his last 44 matches in all competitions, which included his long-awaited victory on the final night of the Premier League Darts regular season.

The World Championship runner-up boasted a tournament average of over 100 and landed 28 maximums across the afternoon to clinch his 19th PDC title.

Smith posted four ton-topping averages in scooping the £12,000 top prize in Niedernhausen, and he produced a stunning display to topple Van Duijvenbode 8-6 in an astonishing final.

The Dutchman averaged 107.29 and landed seven 180s, but he was denied a third PDC ranking title by an inspired Smith, who averaged 105.58 and converted three ton-plus finishes.

🔥 Michael Smith since the start of April

👏 Incredible run of form from @Michael180Smithpic.twitter.com/NLTjuRMnvu

The St Helens star set the tone by drawing first blood inside 11 darts, and a second 11-darter edged him 3-2 ahead, after Van Duijvenbode had responded with back-to-back legs.

The Dutchman seized the initiative with legs of 14 and 13 darts and appeared poised to establish a 5-3 cushion, only for Smith to rattle in a sensational 170 checkout – his second of the tournament.

The world number four extended with lead with a 110 finish in leg ten, and though Van Duijvenbode continued to respond, Smith sealed the deal with a majestic 12-darter, courtesy of a 121 combination.

“I’m in a rich vein of form and long may it continue,” said Smith, who has now won 21 consecutive matches in Players Championship events.

“Every game I played today, I played really well. Whenever I need to pull a rabbit out of the hat, I'm able to do produce something special.

“I’m looking forward to tomorrow now. There are some players missing, but you can only beat who is in front of you, and there’s still a lot of top players here.”

Smith began his campaign with a battling 6-4 win over Darius Labanauskas, before easing past Development Tour duo Lewy Williams and Nathan Rafferty to seal his spot in the last 16.

The 32-year-old fired in two 10-darters as he recovered from 4-3 down to defeat fellow St Helens star Stephen Bunting, and a 103 average saw him sweep aside an in-form Andrew Gilding in the last eight.

Smith continued his blistering run with a 106 average and a 7-3 win over Josh Rock in the last four, defying a 104 average from the Northern Irishman, who was featuring in a first Pro Tour semi-final.

The Dutchman then registered his third ton-plus average of the day to dump out top seed Luke Humphries, before easing past UK Open semi-finalist Keane Barry 7-1 in the semi-finals.

Barry defied a 107 average from Dave Chisnall in his run to the semis, while Rock claimed the scalps of Gabriel Clemens and Krzysztof Ratajski in reaching the last four.

John Henderson enjoyed his best run of 2022, warming up for the Cazoo World Cup of Darts with wins over Simon Whitlock and Raymond van Barneveld to reach the last eight.

Humphries’ 13-match winning streak culminated in a quarter-final defeat to Van Duijvenbode, while Gilding and Krzysztof Ratajski also impressed before bowing out at the same stage.

The ProTour action continues with Players Championships 17 in Niedernhausen on Wednesday, and live action will be broadcast across two streams on PDCTV.