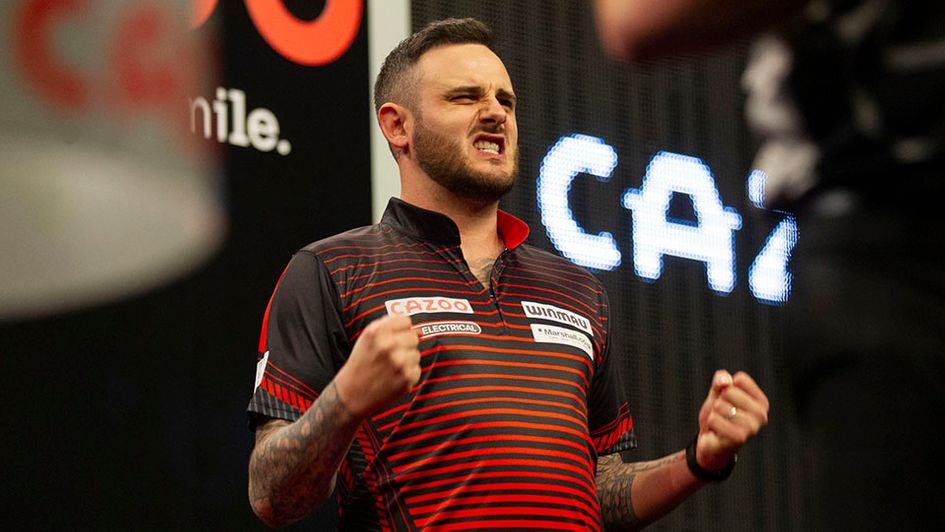 Joe Cullen completed a Players Championship double this weekend to increase his title tally for the season to three after just five events.

The Rockstar, whose career-changing triumph at the Masters last month earned him a lucrative spot in the Premier League, followed up Saturday's success at the Robin Park Tennis Centre in Wigan with the 10th PDC title of his career.

Cullen admitted he didn't really need to be anywhere near his best on Saturday to take the top prize of £10,000, averaging just under 91 across his seven matches, but he had to improve significantly 24 hours to maintain the winning habit.

Having averaged 102.52 to beat Keegan Brown in the last 16 and 103.17 to edge past Rob Cross in the quarter-finals, Cullen then showed his fighting spirit to come from 4-1 down to beat Gerwyn Price 7-5 in the last four despite averaging 94.16 compared to the world number one's 102.29.

The Bradford ace, who produced similar heroics against the Iceman in Thursday's Premier League, then dominated Dimitri Van den Bergh in the final with a 102.34 average and ran out a comfortable 8-1 winner.

🎯🎸 There's been five events staged in the PDC this season and Joe Cullen's weekend double means he's now won three of them!

👏 What a year the @rockstar_13_ is havingpic.twitter.com/G6nseI2HIU

The Premier League star, who had begun the day wins over Peter Hudson (6-3), Luke Woodhouse (6-5) and Jermaine Wattimena (6-2), made a statement of intent in the opening stages of the final, taking out back-to-back ton-plus finishes of 104 and 121 respectively to lead Van den Bergh 2-0.

The Belgian then won what would be his only leg of the match before Cullen reeled off six legs on the spin to take home the title, sealing the win with a marvellous 127 checkout on the bull.

"I've felt so much better today, a lot more comfortable," said Cullen. "I'm just playing well at the minute and people know I can turn it on at any point.

"I won't get carried away but even when I'm playing poorly I seem to be winning. Things are going well but it might not last forever so I'm just taking it as it comes."