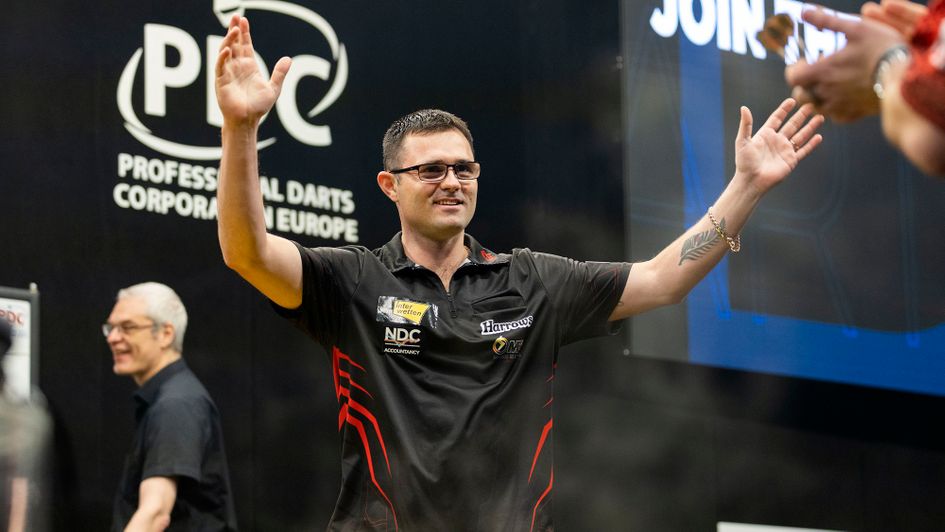 The Australian star claimed the Brisbane Darts Masters title in 2019 and secured a ProTour success the following year after joining the PDC circuit full-time.

He added a further Players Championship title, and the £12,000 prize money, with Saturday's superb success as he denied Anderson in a high-quality decider.

Anderson had won Thursday's Cazoo Premier League night in Nottingham and was in brilliant form throughout Players Championship 5.

Back-to-back 14-darters saw Anderson level again, but Heta responded with a 12-darter and punished a miss at tops from the Scot in the next two wrap up victory with a 14-darter on double eight, ending the final with a 107.27 average.

"It's massive for me," said Heta, who finished eight doubles from 13 attempts in the final and shared ten 180s with Anderson.

"I knew how well Gary was playing, he was playing sensational darts, but I'm accustomed to the scene now and you've got to take whatever opportunity you've got.

"To win today is massive because I went all last year playing well, I made some finals but not to get a win was a bit disheartening.

"To get a win over another Premier League player is massive for me. I'm always looking up, I've still got everything to gain.

"I don't think I played my best stuff today but I took my chances. I played some decent players that no doubt could win this thing, but I played my own game."

Anderson, meanwhile, looked on course to claim his first Players Championship win since February 2020 after a brilliant run of form on the day.

After averaging 107 in his opening win over Jason Lowe, he then knocked out Michael van Gerwen 6-4 in round two.

The Scot then averaged 109 to edge out Simon Whitlock, 101 against Chris Dobey, 113 in a quarter-final win over Rob Cross and 104 in his semi-final success against Joe Cullen.

Cullen had landed a nine-darter during his third round win over James Wilson, with emerging star Josh Rock also achieving perfection for the first time on the professional circuit in his memorable first round defeat of Dave Chisnall.