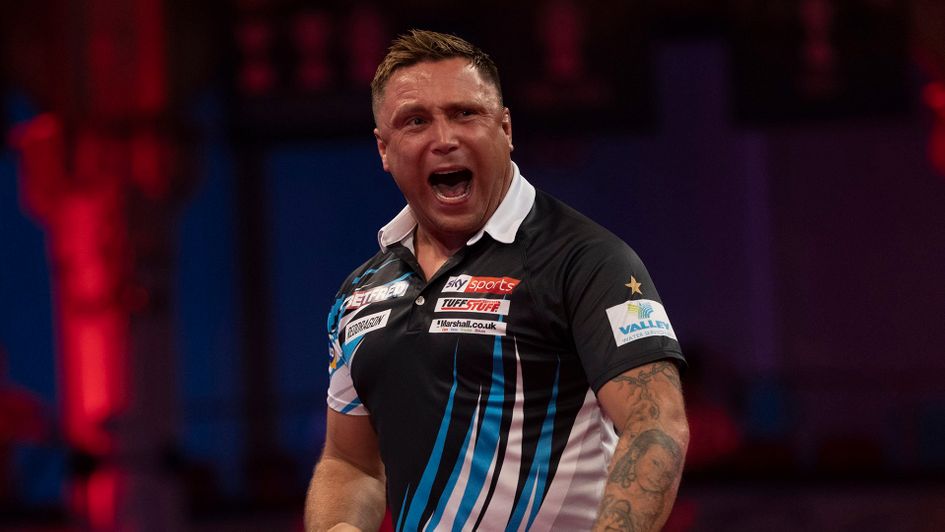 The quarter-finals of the Betfred World Matchplay begin on Thursday night so check out our match-by-match predictions, best bets and a suggested acca.

We’re now at the quarter-final stage of the World Matchplay and down to just two matches per evening for the next three nights. Tonight’s action promises to be an excellent evening of arrows and although the first match probably doesn’t whet the appetite as much as the second both encounters are games to look forward to.

‘The Polish Eagle’ starts this match as a warm favourite against Callan Rydz and his performances this week have been very impressive. He’s only lost 9 legs in beating Brendan Dolan (10-4) and Luke Humphries (11-5) and both were strongly fancied to push Ratajski all the way.

His tournament average after these two matches stands at 100.69 and it’s hard not to have been impressed by his all-round efficiency. His double percentage is 48.84%, all 21 of his winning legs have been in 18 darts or fewer, his accuracy on Treble 20 and Treble 19 is 43.9% and 47.8% respectively and his 19 checkouts at 100 or below have come from just 28 attempts. This is the level the number thirteen seed plays at these days.

To back this up further just look at some of his seasonal stats. A yearly average of 97.61 across 55 matches, a match win percentage of 60% and a doubles percentage of 50.51%. He was a Quarter-Finalist in this last year and he’ll see this as a real opportunity to progress even further on this occasion. A word of caution however, his opening two matches last year were seriously impressive, then his performance dropped slightly at this stage as he succumbed 16-13 to Michael Smith.

Many expected Callan Rydz to beat an out of sorts Glen Durrant in his first Matchplay game and he did that despite producing the worst average in the opening round (82.04). He then started underdog versus Rob Cross and looked in a little trouble at 5-2 down as ‘Voltage’ missed two darts at the double to make it 6-2, then a further three darts in the next leg to make it 6-3 as Callan pinged the bull on an 86 checkout to make it 5-4.

That was the first of four bull finishes on the night as he also checked out 89, 92 and reeled in the ‘big fish’ to claim the highest tournament checkout with a 170. His finishing in general was the difference on the night as he hit 78.57% of his doubles, missing just three of his fourteen attempts to prevail 11-8.

He put 10 points on his opening round average to beat Cross and you could see ‘The Riot’ grow in confidence during the match, he just didn’t look like missing checkouts in the latter stages.

For all that I think he will need to replicate that form from the second half of his previous match as his tournament stats in general are some way below that of his opponent. His average stands at 87.31, only 85.7% of his winning legs have been in 18 darts or fewer, his Treble 20 and Treble 19 accuracy is 34.2% and 37.8% and despite that emphatic finishing in last match his doubles percentage is lower too at 47.73%. Looking at just the scoring prowess of the two also, with their first nine darts Ratajski is averaging 112.11 compared to Rydz at 93.97.

On paper all statistics point to the seed prevailing in this first ever clash between the two. The longer format is something that you’d expect to favour the Polish player also and I envisage this too. The odds seem to suggest this could be pretty much one sided and to get a bit of value out of the match the handicap market seems a decent place to go with Ratajski -3.5 legs.

This is the match of the night and the Quarter-Finals in which the holders of the arguably the two biggest prizes in darts clash. The reigning World Champion Gerwyn Price takes on the defending Matchplay champion Dimitri Van Den Bergh and both have been seriously impressive so far.

‘The Dream Maker’ began the defence of his crown with a facile win over an out of sorts Devon Petersen 10-5 on the opening night then backed this up with a terrific 11-8 win over Dave Chisnall. During this match he amassed a whopping fourteen 180’s and an average of 103.68, which until Peter Wright last night was the best average we’d seen this week in Blackpool.

His scoring power was just immense versus ‘Chizzy’, especially when that first dart landed in the treble. His first nine dart average was an eye-watering 119.86 and he was hitting Treble 20 and Treble 19 with a better than 1 in 2 accuracy at 52.7% and 54.8% respectively.

For all this though his finishing statistics leave room for improvement. His tournament doubling percentage stands at 31.82% and he hit just 11 of his 34 darts at the double against Chisnall, where he had darts at the double in five further legs that he just couldn’t take and ended up losing. They weren’t just single darts here and there either, he missed two darts to go 7-4 up in leg eleven, he missed three darts on three occasions and in one leg he missed six darts at the double.

He’ll need to brush up that aspect of his game to win this evening as Price will be all over that, who’s finishing has been imperious. He’s 50% on his doubles in the Matchplay this week and he’s won 21 of the 22 legs in which’s he’s had a dart at the double. Interestingly Dimi has missed more darts at the double (45) than Price has attempted over the first two matches (42) which just underlines the point I’m trying to make.

‘The Iceman’ also produced a ton plus average in his Last 16 encounter as he firmly brushed aside the Player of 2021, Jonny Clayton 11-3, winning the last 8 legs and notching up two ton plus out shots (making it 5 for the tournament). It wasn’t supposed to be that easy but the World Number One made it look that way and was always in control.

The most recent clash between these two was also at a Quarter Final stage, back in the 2020 UK Open where Price won 10-5 in a high quality affair. Price averaged 102.15 and Dimi 102.38 in a game that featured 9 180’s and where once again Gerwyn showed his ton plus out shot prowess, hitting three.

I once again expect this to be high quality. I slightly favour Price in this one, who has the best match win percentage in 2021 at 77.3% but from a betting perspective I think a stats based bet on the could be the call in what should be a thoroughly enjoyable spectacle.