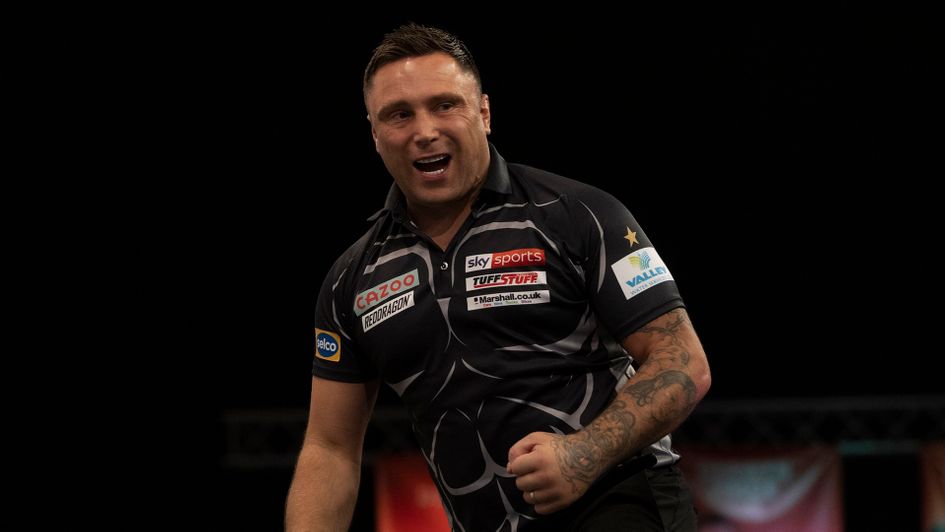 Gerwyn Price doubled his 2022 title tally with victory at Players Championship 7 in Niedernhausen, Germany on Saturday.

Price defeated Madars Razma 8-4 in the final to claim his 25th PDC title and move closer to reclaiming the world number one spot.

The Welshman fought off a mini-fightback from Razma, having led 7-1, before getting over the line with his sixth match dart.

It's a 12th ProTour title for Gerwyn Price as he beats Madars Razma 8-4 to win Players Championship 7.

If he wins again tomorrow... he will once again be world number one! #PC7 pic.twitter.com/BtjO4yHeK6

His semi-final victory over Rob Cross was less routine, as Cross spurned 12 match darts to allow Price to come back from 6-2 down to triumph 7-6.

"I got lucky in the semis but you need a bit of lucky to win any tournament," said Price, who produced four 100-plus averages across the day.

"Rob missed loads of chances and I took advantage, but I've been on the other side of that plenty of times so I'll take it.

"Most of the day I played alright. My hand is still not 100 per cent right but if I can still win ProTours that's not too bad.

"Playing in ProTours will stand me in good stead for the rest of the Premier League, they give me the match practice I've been missing due to my hand injury."

No other way to describe that one as Rob Cross blows a 6-2 lead, but still had match darts in the decider, as Gerwyn Price somehow reaches the final!

He will face Razma for the PC7 title!

Price's day began with a win over Connor Scutt, before coming through a last-leg decider against Ted Evetts.

The former world champion then saw off Dutch duo Geert Nentjes and Dirk van Duijvenbode to reach the semi-finals.

Meanwhile, Razma landed a 160 checkout to seal his semi-final victory over Kevin Doets to reach his third PDC final.

The 2022 PDC ProTour season continues with Players Championships 8 on Sunday at the H+ Hotel in Niedernhausen, where back-to-back titles for Price would see him move back to top spot on the PDC Order of Merit.