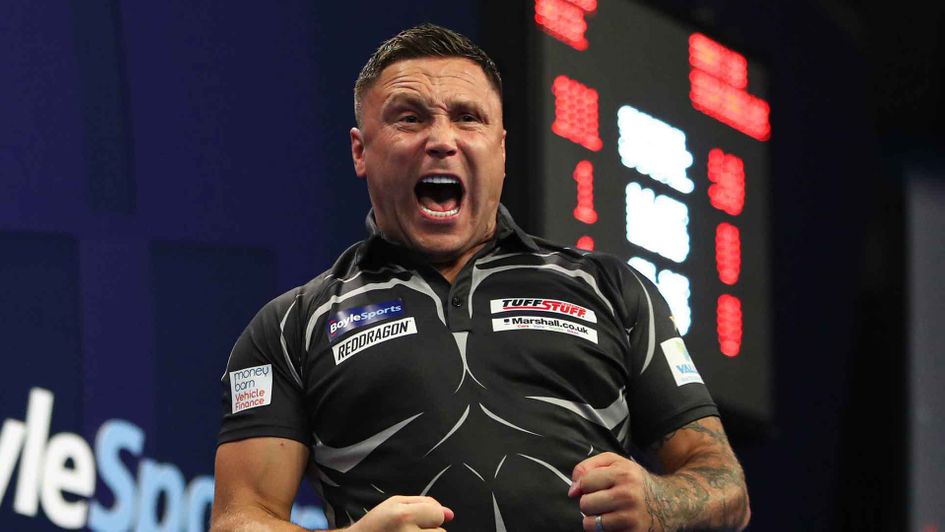 Price, who regained his world number one status last weekend, defeated Van Veen 8-4 in a high-quality contest to secure his second ProTour title of the campaign – and the 13th of his career.

The Welshman landed four ton-plus averages to scoop the £12,000 top prize in the penultimate Players Championship event of 2022, turning on the style to deny Van Veen in Friday’s showpiece.

The pair traded four consecutive holds to kick off proceedings, but Price struck the first blow with a 79 checkout to break throw in leg five, before extending his lead on tops after Van Veen squandered three darts to level.

The 37-year-old followed up a clinical 115 combination with an 11-dart hold to continue his march towards the title, only for Van Veen to reduce the deficit to 6-4 with consecutive legs.

Van Veen – featuring in just his eighth ProTour event – performed magnificently throughout the day, but back-to-back 14-darters from Price put pay to the Dutchman’s hopes of a maiden PDC title.

“Gian is a fantastic player and I’m sure he will get to many more finals, but thankfully I won this one today,” reflected Price, celebrating his first ranking title since March.

“I played brilliantly in some games, but in other games I was average. I slipped up a few times early on, but you need a little bit of luck at times.

“I’m feeling confident again, whereas five or six months ago my confidence was so low, and we know this game is all about confidence. It was a tough six months for me but the form is coming back and I’m looking forward to the next few tournaments.”

Gerwyn Price denies 20-year-old Gian van Veen a ProTour title as the world number one comes from behind to clinch an 8-4 success and the title at Players Championship 29! pic.twitter.com/hfsCn7Th8S

Price kicked off his campaign with a nervy deciding-leg victory over Steve West, before dispatching Nathan Rafferty and Connor Scutt with imperious 107 and 111 averages.

The 2021 World Champion also avenged his defeat to Rowby-John Rodriguez at last week’s European Championship by seeing off the Austrian star 6-3 in the last 16.

Price then averaged 106 in his quarter-final whitewash of Martin Schindler, and he defied a spirited fightback from Belgium’s Mike De Decker to close out a 7-4 success in the semi-finals.

However, Van Veen was arguably the story of the day in Barnsley; securing his spot in a first senior PDC final despite not being in possession of a tour card.

The Dutchman - who has also featured in Challenge Tour and Development Tour finals within the last three months – closed to within £1,250 of Cazoo Players Championship Finals qualification with a series of sparkling displays.

After battling past former World youth champion Bradley Brooks in his opener, Van Veen edged out Brendan Dolan in a last-leg decider, before firing in a 109 average to overcome Richie Burnett.

The 20-year-old maintained his charge with successive 6-2 wins over Alan Soutar and William O’Connor, and he swept aside Dave Chisnall 7-3 in the semi-finals with his fourth ton-topping average of the afternoon.

Elsewhere, Chisnall posted an astonishing 115 average in his run to the last four, while De Decker defeated Jonny Clayton and Rob Cross in reaching the first ProTour semi-final of his career.

Cross demolished James Wade with a 113 average en route to the quarter-finals, and he was joined in the last eight by Schindler, Jermaine Wattimena and O’Connor, who impressed in his third-round win over World champion Peter Wright.

Hear from a confident Gerwyn Price after his success at Players Championship 29... pic.twitter.com/YmZ0oGzayg