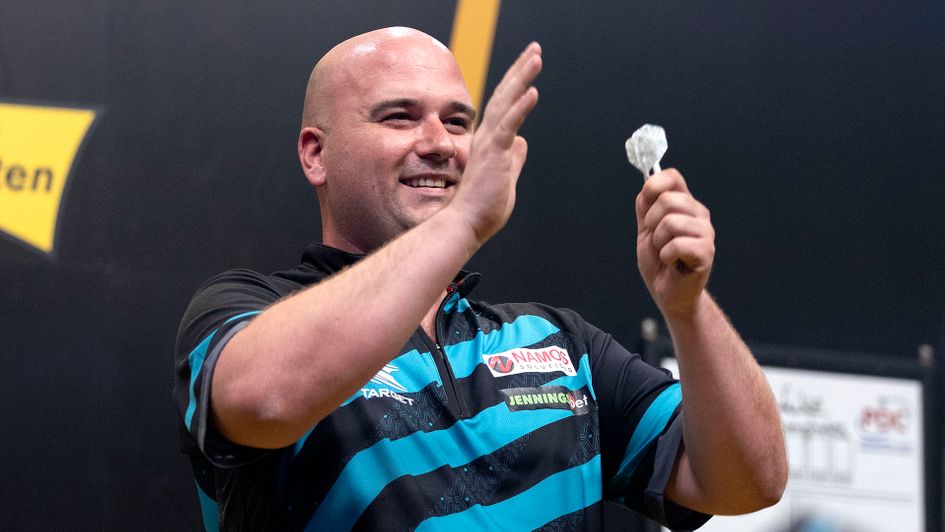 Rob Cross claimed his second PDC title of the year at Players Championship 27 in Barnsley on Saturday, defeating Peter Wright 8-4 in the final.

A gripping final saw Wright take an early 3-2 lead, but an exhibition of finishing from Cross saw him pin 50% of his attempts at the outer ring to take the game away from the world number one.

"It's funny because I was saying to my manager recently that I felt the only part of my game that's been missing of late has been my big finishing," said Cross.

"In the semi-finals I had to be at my best to get past Callan Rydz; he's got a lot of bottle.

"I'm enjoying spending time with my family, which is important. When the balance is right I can be dangerous.

"Going forward, I think there's no limit to where I can go."

"I think it's limitless to where I can go."

Hear from your PC27 champion Rob Cross, who continued his fine form with a second ProTour triumph of 2022 in Barnsley! pic.twitter.com/jOg6L7nqiw

The former world champion saw off George Killington to reach the quarter-finals, where he defeated Stephen Bunting 6-2.

His finest performance of the day came in his 7-5 semi-final victory over Callan Rydz, where a 110.9 average saw him through to the final.

Meanwhile, Wright continued his strong form with a trio of ton-plus averages in reaching his first Players Championship final since April.

Wright's semi-final opponent Ryan Meikle enjoyed a first ever run to the last four of a PDC ranking event.

This week's ProTour action concludes with Players Championship 28 on Sunday in Barnsley.