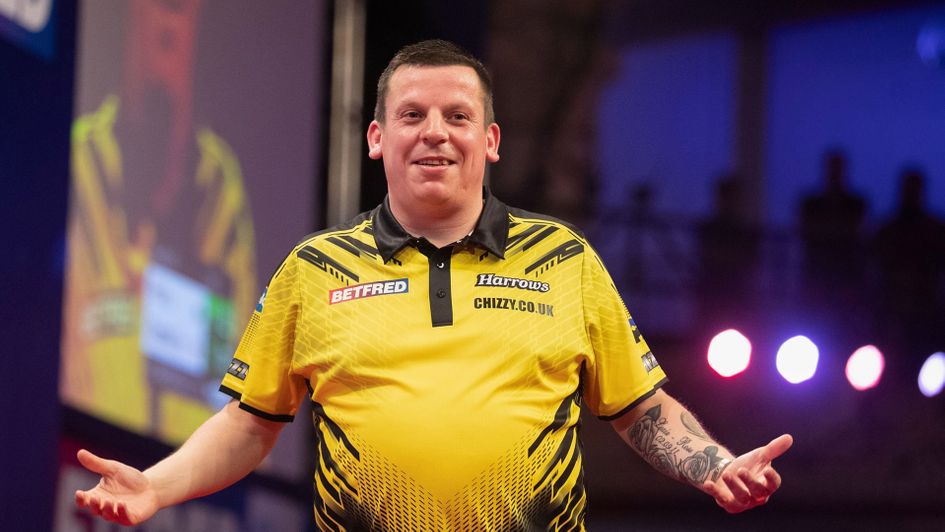 Dave Chisnall secured his second ranking title inside a month by winning Players Championship 25 on Thursday, seeing off rookie Josh Rock 8-4 in the decider.

The first of four Players Championship events this week saw Chisnall scoop the £12,000 title at the Barnsley Metrodome with a superb performance in the final.

Chisnall also won September's Belgian Darts Open, and continued his fine run of form with some outstanding displays in seven victories on the day.

He recorded averages of 103 and 107 in early wins over Simon Whitlock and Maik Kuivenhoven, then whitewashed Tony Martinez and dropped just one leg in his last 16 clash with Gary Anderson, where both players averaged over 102.

Chisnall then ousted top seed Luke Humphries with a sensational 114 average in the quarter-finals, book-ending his performance with 11-dart legs.

He then overcame world number two Gerwyn Price 7-6 in the semi-finals in his tightest test of the day and was too strong for Northern Ireland's emerging star Rock in the decider.

However, the youngster missed his chance to pull back further in a key 11th leg, before Chisnall pinned double 16 in the next to seal the title.

"Today's been a very good day for me," said Chisnall, who hit a huge 35 maximum 180s during the event.

"The treble 20s were going in like there was no tomorrow, I was hitting 180s for fun all day and I'm very happy. I've hit big scores, three or four crucial 140 checkouts, and it's got me through."

Chisnall is now targeting back-to-back successes on Friday as the 128-player field return to action at the Barnsley Metrodome - and he is also looking to re-establish his status amongst the sport's top stars after dropping out of the top ten.

"My goal is to get back into the Premier League but it's just consistency," he continued. "If you don't get that consistency, you're not going to win these tournaments.

"I've always said that to win tournaments you need luck - to be fair today I don't think I've had any luck, I've just battered the people who I played! I can win them all if I play like that."

Rock has enjoyed an impressive debut year on the PDC circuit, and Thursday saw the 21-year-old win through to his first senior final - having won five Winmau Development Tour titles already in 2022.

"Josh Rock is the future," added Chisnall. "He is so good and he'll learn from these losses.

"I played him in the beginning of the year and he beat me twice, it's two-two now. There will be a lot of rivalry between me and him I think - even though I'm 20 years older than him!"

Rock achieved four ton-plus averages in six wins on a day which began with a whitewash of Ritchie Edhouse.

He averaged 102 to defeat Darren Webster, 110 against Dirk van Duijvenbode and then followed up victory over Kim Huybrechts by averaging 112.66 in his quarter-final win over Mike De Decker - who averaged almost 114 in reply!

He then saw off Sunday's Gibraltar Darts Trophy winner Damon Heta 7-3 in a high-quality semi-final which saw Rock average almost 109, before he was edged out by Chisnall.

Price's run to the semi-finals was his best in a Players Championship since he tasted victory in March, while Heta's strong form continued as he reached the last four.

Dutch youngster Gian van Veen won through to his first senior quarter-final alongside Humphries, De Decker and Mervyn King - who edged out World Champion Peter Wright in the last 16.