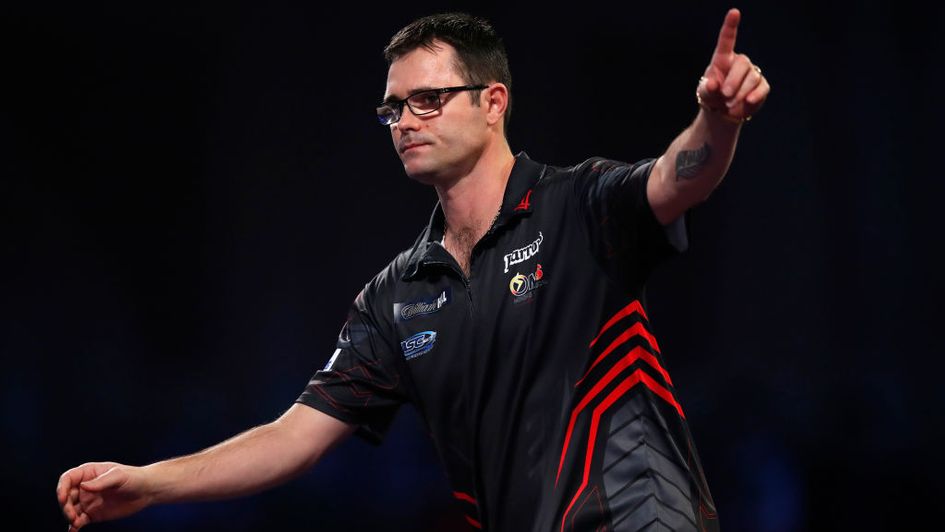 In-form Damon Heta picked up his second title in six days with a brilliant comeback against Dirk van Duijvenbode in Friday's Players Championship 26 final in Barnsley.

Australian star Heta claimed the Gibraltar Darts Trophy title on Sunday night, and pocketed a further £12,000 in prize money with his second Players Championship win of 2022.

Heta had also won through to Thursday's semi-finals in Barnsley, and was in danger of missing out in the decider 24 hours later after Van Duijvenbode made the stronger start.

The Dutchman broke throw in the opening leg, moved 2-0 up and held a 4-2 advantage before Heta hit top gear.

The World Cup winner produced a 13-darter and then broke with a 14-darter to level, and reeled off back-to-back 11-dart legs as he stormed to victory with six in a row.

Heta ended the final with an average of 103.52 - one of five ton-plus averages he achieved on Friday in seven victories.

It's a second title in his last three events for Damon Heta, who gets the better of Dirk van Duijvenbode, fighting back from 4-2 down to clinch the PC26 title with an 8-4 victory! 🔥 pic.twitter.com/2YEeljFeoH

He whitewashed Niels Zonneveld in the first round, enjoyed a 6-1 win over Premier League star James Wade with a 106 average and saw off world number two Gerwyn Price 7-3 in the semi-finals.

"I think over these last few months I've really learned a lot, and hopefully this is the norm and I keep doing great things."

Van Duijvenbode had been aiming to claim his third Players Championship title of the year, and produced some consistently superb darts during the event.

Price won through to a second successive semi-final, while Krcmar was appearing in the last four for the first time since February after recording three ton-plus averages in five wins.

World Championship finalist Michael Smith was joined in the quarter-finals by Mol, Alan Soutar and Matt Campbell - who defied a 108 average from Thursday's runner-up Josh Rock to win a high-quality last 16 tie.

Friday's event also featured a nine-darter by Jonny Clayton - the 40th since the World Championship - during his first round win over Ryan Meikle.

Saturday will see the third of four Players Championship events in Barnsley take place, with a further £12,000 top prize on offer as 128 players compete for the title.