World Darts Championship: Six players who could challenge for glory according to the statistics 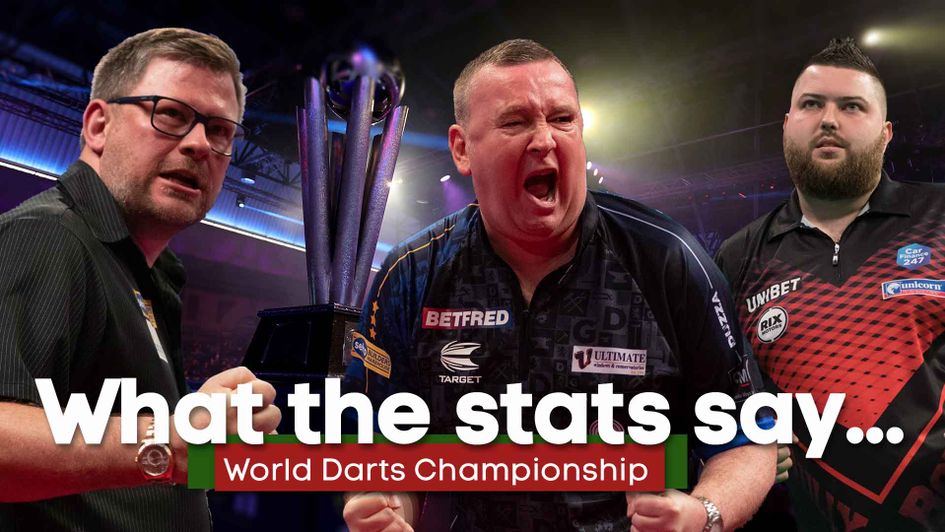 Darts analyst Carl Fletcher is one of the leading statisticians in the game and he's used his expert insight to highlight six players that could make a lengthy run at this year's PDC World Darts Championship.

Carl's analysis is based on his comprehensive player-by-player guide, which details a variety of seasonal stats for all 96 hopefuls competing at Alexandra Palace from averages and double data to outshot records, stray darts, bullseye success and more. All data is collected from performances on the stage environment except for World Cup pairs matches and the double-start World Grand Prix...

There's no doubting that the two players to beat are 6/5 favourite Michael van Gerwen and Gerwyn Price, who is next in the running at 5/1. They are both in top form and also have the two highest seasonal averages on stage at 99.99 and 97.86 respectively.

While the betting certainly reflects this, outside of these two star players there's now some value to be had. I'm going to try and find some potentially overpriced players in each quarter of the draw that could give you a run for your money based on statistical insight.

Quarter One: Wade in on the Machine?

The first quarter features the defending champion, world number one and pre-tournament favourite, Michael van Gerwen. He's got a lovely draw and I see him reaching the quarter-finals with the minimum of fuss so it's no surprise that my selection from this quarter won't be meeting him until that stage.

James Wade, a three-time World Championship semi-finalist, will surely be happy with his match-ups in the first two rounds, starting with either Ritchie Edhouse or Boris Koltsov before potentially taking on Steve Beaton or Kyle Anderson.

The Machine is arguably the most clinical double hitter in the game, which is ideal for a set format tournament. Ultra reliable on his 'go to' doubles with a 41% strike rate on double 20 throughout 2019, which is surpassed by a greater than 50% efficiency on both double 10 and 12. Throughout the year he's won 80.4% of the legs in which he's had darts at a double.

It often gets overlooked but his scoring power is also as good as it's ever been. Wade's ultra consistent averaging 101.37 with his first nine darts and leaves himself on a finish after nine darts in over a third of legs. On top of that he wins almost 15% of legs with a ton plus finishes. He possesses the all round game to defeat anyone.

Wade is second favourite to win this section and even then he's 9/1 to prevail due to the fact a potential match up with MVG awaits. However, if he can come through this quarter the 50/1 available for him outright would look huge.

This section is wide open. The Flying Scotsman, Gary Anderson, is clearly not at his best currently and you could make a case for half a dozen to progress from this section. The two I'd concentrate on however are Michael Smith and Nathan Aspinall.

Smith is a player with such natural ability, that when his rhythm is on point he makes the game look supremely easy. He ranks in the top 10 in the seasonal tables for overall average (96.37), first nine darts average (104.74) and 180 per leg ratio (0.29). While he's not had a good season on the Euro Tour, last year's runner up has faired much better on TV.

MICHAEL SMITH IS INTO THE FINAL | The Bully Boy can now start to dream about lifting that @WilliamHill World Darts Championship title....#WHDarts pic.twitter.com/2wbfw586AJ

Bully Boy also reached the final of the World Matchplay and US Masters as well as the last four of the UK Open, Champions League of Darts and European Championship - while he also ventured to the quarter-finals of the Grand Slam of Darts too. A slight improvement to his overall double percentage (38.6%) could see him be the biggest threat to MVG in the top half. Some value may have gone in his outright price following the draw, the 3/1 - and favouritism tag - available for him to win this quarter is very fair.

Aspinall is the other selection from this quarter. He could face a potentially difficult match against Krzysztof Ratajski or Jamie Hughes in round three but he'd probably fancy his chances against Anderson after that should they both make it that far.

The Asp boats a seasonal average of 97.40 (fourth best) and a first nine average of 105.31 (seventh best). He made the semi-finals last year, when he lost to Smith in a superb match, and he has built on that this year. He won his next two televised tournaments after this, the UK Open and then the US Masters, where he got revenge on Bully Boy.

The standard of these two legs in the US Darts Masters final!

1st: Eventual champ Nathan Aspinall wins in 10 darts with a bounce out

2nd: Aspinall kicks it off with back-to-back 180s only for Michael Smith to take it in 12 with a 130 checkout! pic.twitter.com/9GQUpXdXD7

He's not been quite as prolific at the tail end of this season but he did reach the quarters of the World Grand Prix and a further three quarter finals and a semi-final on the Euro Tour to boot. The likeable Stockport ace can produce a big finish too.

Nathan Aspinall wins his first major title with a 170 checkout!

And to think he was 125/1 to win the #UKOpen before a dart was thrown! pic.twitter.com/KVQHzQf1KH

Aspinall won his UK Open title with a 170 outshot and his checkout percentage of 14.1% on 100+ outshot attempts is seriously impressive. There's a lot to like about the 6/1 available for him to win this quarter and the 50/1 outright is very tempting too.

The third quarter features the second seed Rob Cross but I think there's some mileage in opposing him, firstly with the prolific maximum man Dave Chisnall.

Chizzy is hitting 180's at 0.37 per leg and of all those with a large sample size of legs played, so he's clearly the most proficient player in this statistical field. The Harrows Darts recruit has seen a massive improvement in his results since he's used these new arrows. His seasonal average of 97.41 is only bettered by the aforementioned Michael van Gerwen and Gerwyn Price and his first nine darts average of 107.65 is only below MVG's 109.87.

Dave Chisnall comes from one set down to win 2-1 in a deciding leg against Gerwyn Price!

It's a fair argument to say that of late he's one of top three form players in the world. Despite an arguably disappointing Players Championship Finals tournament, he's been in superb form recently. A runner up in the Grand Prix, where he defeated Gerwyn Price in round one, he also reached the World Series of Darts semi-finals and the last eight of the European Championships and Grand Slam too. He's still available at 5/1 to win this quarter, although that's he feat he's never surpassed having been eliminated at the quarter final stage in both 2017 and 2019.

I would also be tempted to have a small saver on the World Youth champion Luke Humphries to triumph from this quarter too at 33/1. He beat Cross last year on route to making the last eight and there's every possibility that he may have to repeat that feat again this year. He too is a massive 180 hitter, averaging 0.38 per leg on stage this year and it certainly gives him opportunities in most legs, his median score left after nine darts is 179 and he's getting a dart at the double in 71% of the legs he plays. Whilst his record on his 'go to' doubles arguably needs to improve, if it does he could bely the current price he is to prevail from this quarter.

Although he'll take all the beating, this does means there's some big prices available on the other players in this quarter so I'll be turning my attention to Glen Durrant.

With the likes of Jose De Sousa, Mensur Suljovic and Chris Dobey all potentially in his way, there's no doubt he faces a tough road to reach the latter stages, but we do know he excels however in set formats having won the BDO World Championship over the last three years.

If there's on question mark about Price it's his record in this event where he's yet to venture past the last 16.

GERWYN PRICE IS OUT | Another game, ANOTHER seed has fallen! The Iceman was 2 sets up but The Asp came back to win it! 👀#WHDarts pic.twitter.com/7oZDCNWD6v

There's further hope for 'Duzza' too. He's had a seriously impressive debut season the PDC having already reached the semi-finals of the World Matchplay, World Grand Prix and Grand Slam of Darts in front of the Sky cameras. He has an excellent seasonal average (96.86) but there's two other stats that stand out for him.

Firstly, his combination finishing on single-double out shots is superb, checking out 71.4% of these opportunities throughout 2019. This is hardly surprising since his record on his preferred Double 16, is a seriously impressive 46.7%. Available at 8/1 to win quarter four and 40/1 outright he should give you a run for your money in what promises to be an intriguing 2020 PDC World Championships.

Just 1️⃣0️⃣days until the start of the @WilliamHill PDC World Darts Championship. Here’s my comprehensive 125 page stats guide featuring all 96 players for this years event; 2019 performance data by tournament and much more. 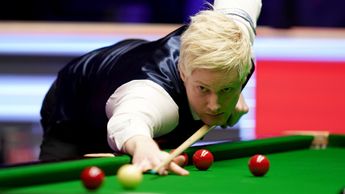 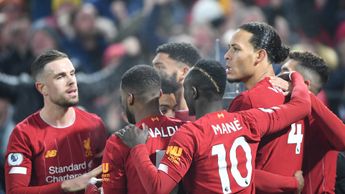 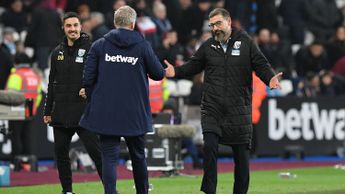