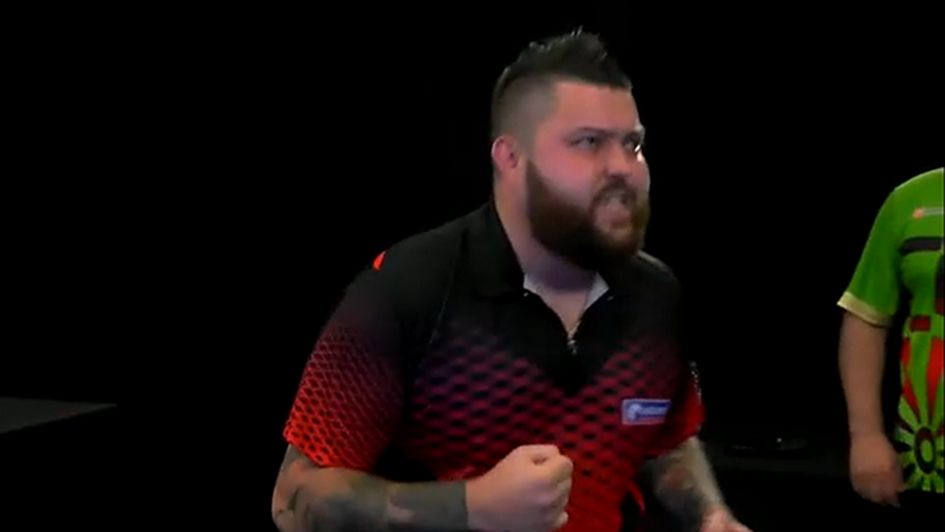 Michael Smith won a his 12th PDC title a day after ending a two-year drought for his 11th as he maintained his perfect start to the Winter Series in Coventry.

Bully Boy produced a sparkling day of darts at the Ricoh Arena that culminated in a thrilling 8-7 victory over Jose De Sousa, who was waiting to come back on double top having failed to take out 140 in a tense deciding leg.

The Englishman, who had kick-started the five-event series in style by beating Jermaine Wattimena to end a 848-day wait to get back in the winners' enclosure that dated back to the 2018 Shanghai Masters, averaged 101.6 across his seven wins even though he managed 'just' 96.7 compared to his opponent's 100 in the final.

De Sousa had looked as though he'd pick up his second title since the season restart - and his fourth overall -after bursting into a 4-1 lead thanks to legs of 11, 13 and 11 darts but Smith bounced back to collect another cheque for £10,000.

There's no doubt the London Bus nature of his successes has been firmly on the cards for most of the last two years considering he's ranked fourth in the world and reached 10 finals along the way - including the 2019 World Championship, World Matchplay (2019), Masters (2020), the televised World Series of Darts Finals (2018) and the World Cup of Darts on Sunday - but nevertheless, this is the confidence boost he needed to reignite his career.

No matter what happens over the remaining three days of the Winter Series, the 2018 Premier League runner-up will now be more fancied than usual to finally end his wait for a maiden major title at either next week's Grand Slam of Darts, the Players Championship Finals or the World Championship. Or, on this evidence, possibly all three!

🗣Hear from your champion...

Dan Dawson speaks to Michael Smith after he wraps up a second title in two days, winning on Day Two of the PDC Winter Series! pic.twitter.com/mG9dikD2E4

Smith's route to the final was littered with star quality but the high point was the 109.9 average he recorded in a 6-1 quarter-final victory over the brilliant Gabriel Clemens, who has posted marks of 112, 108.5, 105.9 and 112.4 in his four matches until managing 96.8 against the eventual champion.

Smith, who opened up with a 6-3 win over Derk Telnekes, only needed to average 91.7 to overcame a disappointing Dirk van Duijvenbode 6-2 in the last 16, while his other victim was Vincent van der Voort in the semi-finals, which he won 7-3 with a 101.1 average.

Despite the agony of losing a deciding leg for a fourth PDC title, De Sousa can be proud of his efforts to reach his sixth final in just his second season on the circuit, especially a day after falling short in the semis. The Portuguese star will be well backed to go another step better on Thursday.

This year's European Darts Grand Prix champion, who beat Michael van Gerwen in that final, averaged a startling 110.5 in a 7-2 semi-final victory over Joe Cullen while he came through a thriller to get past Jeffrey De Zwaan 6-5 in the previous round.

That is stunning from Jose De Sousa who breaks the De Zwaan throw with a sensational 132 checkout on the bull!

One of the most notable results of the day was Gerwyn Price being thrashed 6-1 by Ryan Joyce, who averaged 107, while Peter Wright was stunned 6-5 by Kai Fan Leung in a match which saw both players average over 106.

Top seed Gerwyn Price is OUT after Ryan Joyce seals a stunning 6-1 victory with a 107 average!

There were also two nine-darters in the day from Andy Hamilton and Rowby-John Rodriguez.

Hamilton, 53, had been waiting seven years for a perfect leg in PDC darts but managed it in his opening game of the day against Christian Bunse, while Austria's Rodriguez finding his moment of magic in the last 64 against Boris Krcmar only minutes later.

Last 16 onwards. For all the Players Championship results and detailed stats, head to Dart Connect (tv.dartconnect.com/events/pdc)