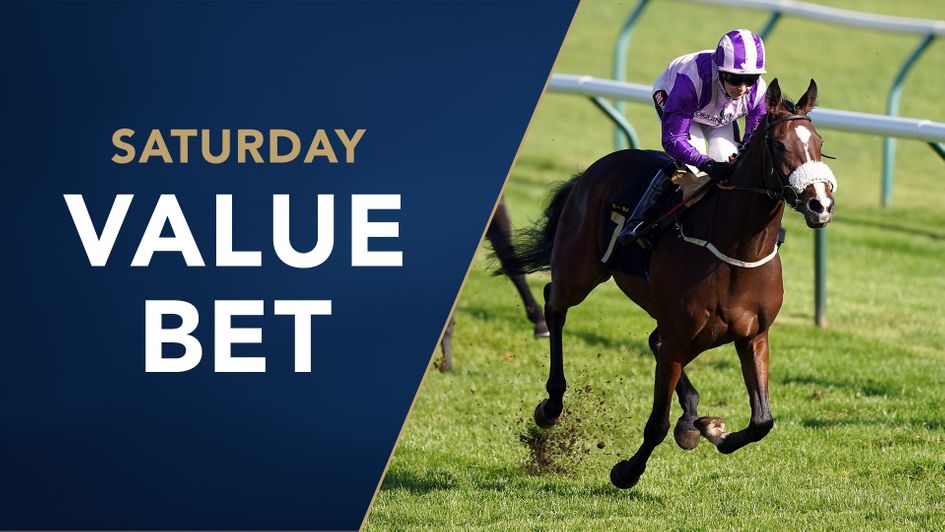 Five bets for our man on a busy Saturday as he looks to unearth the value among the action at Haydock and Sandown.

Moore and Bay to shine in Eclipse

Despite being the one horse in the field yet to win at Group One level, Bay Bridge appeals as being fractionally over-priced as he looks to set the record straight in Saturday’s Coral-Eclipse at Sandown Park.

Sir Michael Stoute’s late-maturing four-year-old looked a natural fit for this contest on the back of his striking win in the Brigadier Gerard over the same course and distance towards the end of May and I’m not marking him down much for his subsequent defeat at the hands of State Of Rest.

The Prince of Wales’s Stakes clearly didn’t go to plan for Ryan Moore and Bay Bridge, but full credit to Shane Crosse, who gave the winner a magnificently-judged ride from the front. Moore would no doubt love another shot at it, but his mount didn’t do an awful lot wrong in the circumstances and I suspect he’ll be ridden closer to the sharp end on this occasion, especially with no obvious front-runner in attendance.

French Derby winner Vadeni and Irish Guineas winner Native Trail are two formidable three-year-old rivals getting the lumpy weight-for-age allowance, and if the latter gets the longer trip he’s the one I’d fear the most, but Bay Bridge may have a tactical edge on the youngsters if this gets trappy and I don’t expect Moore to come out on the losing side this time.

It’s a genuinely fascinating top-class race which can’t be said all that often in this country, but there are better betting opportunities elsewhere on the card, including the Coral Play “Racing-Super-Series” For Free Handicap which isn’t on the ITV programme but that’s not enough to put me off. 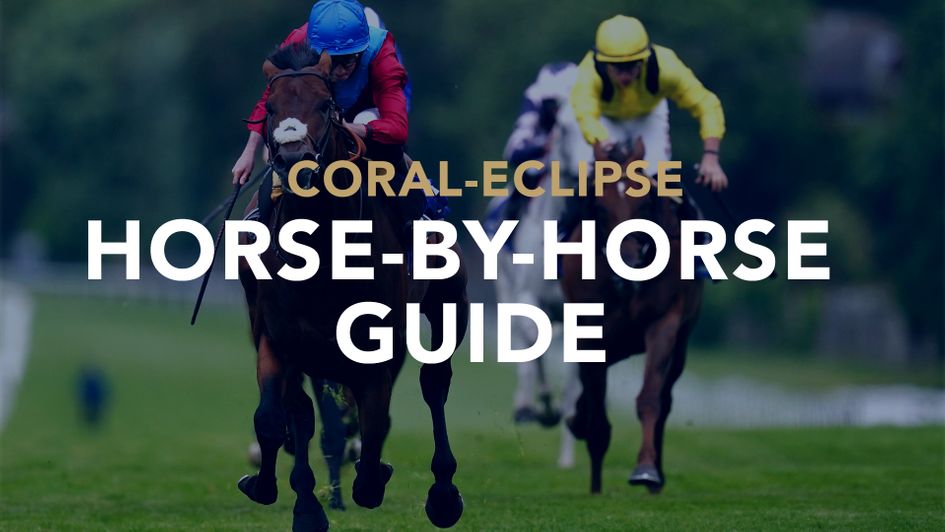 Trip drop could pay off for King recruit

Run over the thick end of 10 furlongs, the distance represents a marked drop in trip for the returning JEREMIAH, but it could be a great move by his new trainer Alan King as the admittedly quirky chestnut has often shaped like he has bundles of speed, despite winning over a mile and a half as a youngster and even being tried over two miles in the 2020 Sagaro Stakes at Newcastle.

I’ve a lot of time for Jeremiah’s former handler Charlie Fellowes, who is never afraid to think big with his horses, but he famously admitted to getting the distance wrong with Chiefofchiefs for two seasons before he dropped right back to win over six furlongs at Royal Ascot a couple of years ago, and I wonder if the same sort of thing may have happened with this one too (also owned, coincidentally, by Mervyn Ayers).

One piece of evidence stands out a mile in terms of a sharper test possibly looking more suitable for Jeremiah these days and that’s when he sauntered to the lead in a mile and a half handicap at Thirsk last April, only to be worn down by stronger stayers Golden Pass and Throne Hall in the last furlong (replay below).

The winner went on to land a Listed race and finish second at Group Two level over a mile and three-quarters later last year, so Jeremiah looks very fairly handicapped off 3lb lower than that day if resuming somewhere close to his peak this weekend.

We can effectively scrap the form last time we saw him as that came at Royal Ascot last June when it had bucketed with rain and he was predictably left floundering from a long way out.

Freshened up and in new surroundings, it’s not too hard to see a resurgence from this talented horse, who looks sure to get a strong gallop to aim at from stall 11, with Forest Falcon, Aldhaja and a couple of others in here expected to help force the early pace. I like his claims at 20/1-plus.

On your Toes in Sandown opener

There were nibbles of support for TIPPY TOES not long after prices first went up for the Coral Charge, and I wasn’t all that surprised, but the current 8/1 and upwards looks perfectly fair.

Mark and Charlie Johnston’s lightly-raced filly ran well from a difficult track position when ending up sixth behind El Caballo in the Sandy Lane at Haydock and was miles better than the finishing position suggests when down the field in the Palace Of Holyroodhouse handicap at Royal Ascot (reopposing Nymphadora was runner-up), having been denied a clear run on a couple of occasions.

Despite the interference, Tippy Toes was staying on strongly at the finish and the tenacity she showed in winning at Chelmsford on her seasonal return clearly hasn’t left her.

Having been handed stall two here, it wouldn’t be a shock to see a return to more positive tactics, especially with Silvestre de Sousa coming in for the injured Joe Fanning this weekend, and getting 8lb from the older males definitely brings her into the picture on bare form terms, before her potential is even factored in.

A fast five furlongs at Sandown may well be on the sharp side for the sizeable Havana Gold filly, but it’s worth noting her half-brother Tarboosh got quicker with age, starting out over seven furlongs before winning over the minimum trip at Listed level as a seven-year-old, so I'll back her to handle it.

O'Meara hope up for the Challenge

The Coral Challenge hasn’t attracted a huge field which is a bit frustrating, but the aptly-named Checkandchallenge has just his fourth career start and first try in a handicap after coming unstuck in the 2000 Guineas when last seen.

He’d looked a rapid improver prior to Newmarket but got bumped about on the Rowley Mile and was never able to mount a challenge. Of slightly more concern here is that he was a non-runner at Ascot after not quite pleasing trainer William Knight in his prep, so I think we can safely sit tight and leave him be for now.

The market is topped by Royal Hunt Cup fifth Sinjaari and he doesn’t hold many secrets from the assessor, though it could be argued dropping him a pound for the running-on effort behind Dark Shift and co is on the generous side.

One who surely has more to offer in the handicap ranks is David O’Meara’s French recruit DARKNESS. We’ve been here many times before with the same trainer’s overseas acquisitions and he usually gets there in the end, even if it takes a year or so for them to fully bed in.

Darkness has been set some stiff tasks since his UK journey began in March and he’s consequently come down from an initial mark of 95 to 88 having only hit the frame once in six starts. Almost every effort has contained some degree of promise, though, not least when an eyecatcher in a warm edition of the Victoria Cup won by Vafortino back in May.

He again shaped with promise at Redcar last time, making his challenge away from the horses who went on to fight out the finish, and the return to a mile appeared to suit him that day.

He’s down another 2lb in the weights and looks the value call from stall one under David Egan, despite the O’Meara yard having a relatively rare quiet spell in recent weeks. 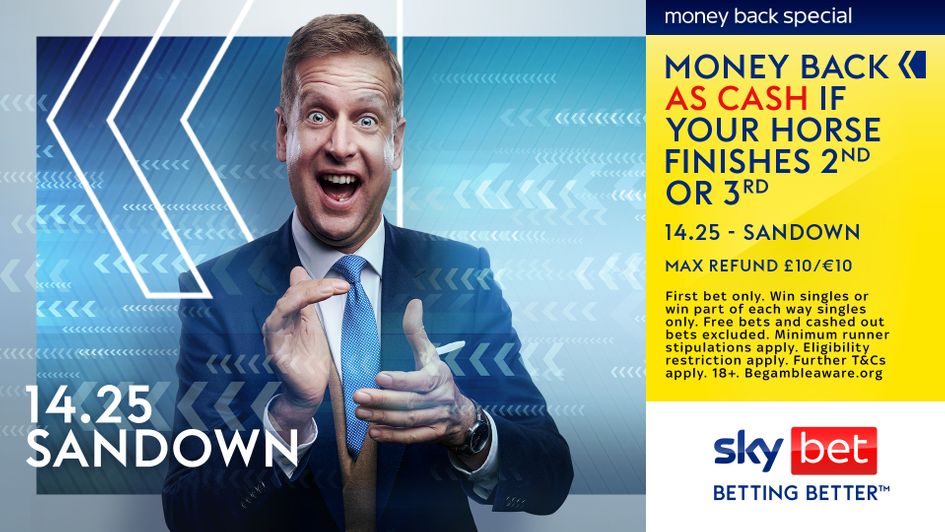 More to come from imposing colt

There are a couple of attractive races at Haydock too, where the ground is going to be appreciably slower than at Sandown.

The Bet365 Handicap is a three-year-old-only contest over a mile and three-quarters and we’re probably looking at a whole host of well-handicapped horses.

Speycaster let us down last time and has since been gelded, but he also returns at a time in which his yard is really going through the gears again. A big run from Ralph Beckett’s horse wouldn’t come as a surprise but there’s loads to like about GIAVELLOTTO, who won his first two starts in all-weather novice company before disappointing on handicap debut back in April.

Denied a clear run and unable to get his huge stride into full flow at Sandown on that occasion, he looked well worth another chance and duly produced a much-improved display when stepped up to this longer trip at Doncaster earlier this month.

He emerged from that race as well as any of them, including the reopposing runner-up Achnamara, as he appeared to be held up with one or two fears around his stamina. The way he stayed on up the straight was really pleasing, though, and Neil Callan may opt to ride him a shade more aggressively now he knows he can see it out.

They’ve fitted a hood for the first time here which may help spark even more improvement and I expect he’ll revel in the underfoot conditions which could be quite testing by this point. 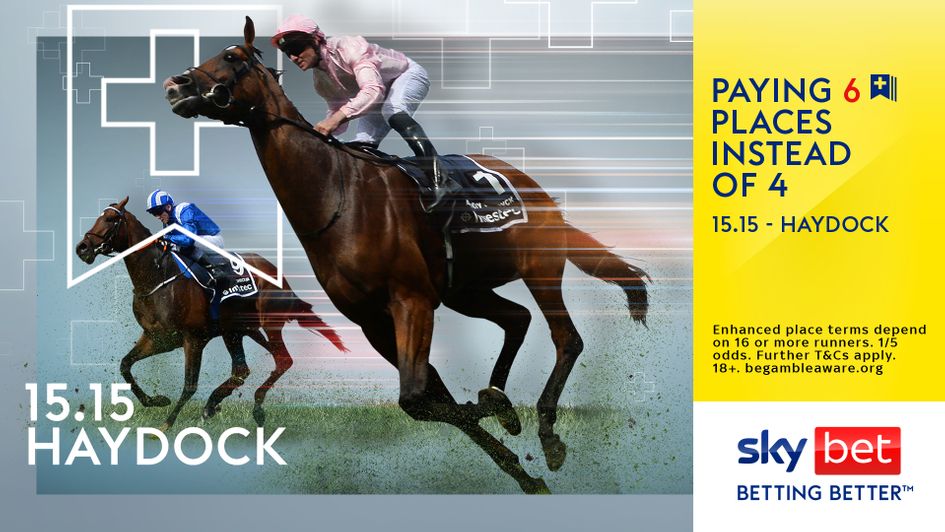 The bet365 Old Newton Cup Handicap looks a strong edition of the race and I wouldn’t be rushing in to back York winner Gaassee, who seemed to disappoint his trainer slightly that day as William Haggas was hoping he would bolt up and go on to contest the Hardwicke at Royal Ascot.

Instead, he’s had 52 days off and now resumes off a 7lb higher mark in a much deeper field.

On To Victory was fifth behind Gaassee on the Knavesmire but I’d rate him among the interesting ones as that was his first outing since running over hurdles at Kempton on Boxing Day. He’s down to a good mark now and could go well at a big price on ground he enjoys, but I’m intrigued by the three runners for last year’s winning trainer Andrew Balding. 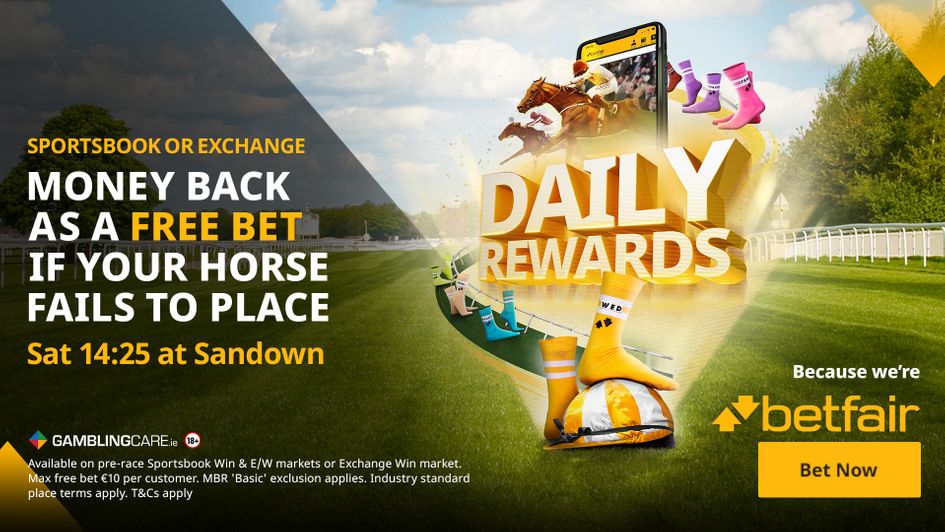 Balding and Turner fancied to strike

Morando is probably better handicapped than Something Enticing at this stage, though ready preference is for SECRET SHADOW at the foot of the weights.

She’s a much better filly when the mud is flying so should be in her element here and it’s no surprise she skipped the whole of June as conditions have generally been on the quick side for her, no doubt.

This event could be absolutely ideal, though, as we know she stays every inch of the trip and further, having won over a mile and three-quarters on deep ground at Nottingham and Newbury last autumn.

She was a cosy winner on the second occasion, only really doing enough under tender handling to get up by half a length, and there's little doubt she hit the front way too soon when reappearing at Goodwood on May 21.

Bumped up just 2lb for that eyecatching effort in third (not unduly knocked about, to say the least), the daughter of Camelot remains on the right side of the assessor and Hayley Turner, who has a close association with the horse having also rode her dam to victory a few years back as well, should be able to bury her away in the pack dropping in trip this weekend.

It’s hoped the gaps appear at the right time as this horse has a nice turn of foot too and there could be an awful lot more improvement still to come after just seven turf starts in her life.