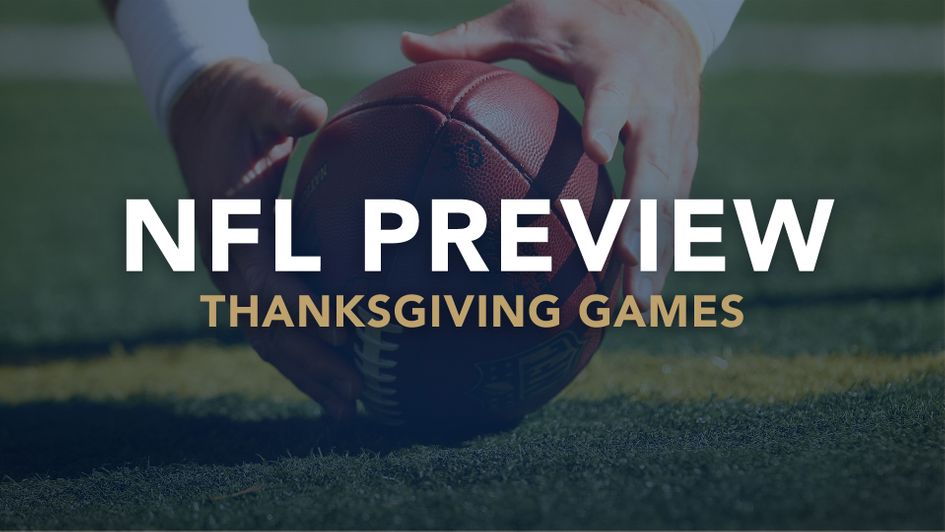 Our best bets for the three fixtures on Thanksgiving

Ross Williams looks ahead to Thanksgiving Thursday, picking out a best bet for each of the three festive NFL match-ups.

The Saints have an impeccable 3-0 record in Thanksgiving contests under the stewardship of head coach Sean Payton, but I believe that run will come to an end in Thursday night’s finale.

Both the Saints and the Bills require a bounce-back performance under the primetime lights at the Superdome, but the injury report has made that task way more daunting for New Orleans.

At the time of writing, offensive superstar Alvin Kamara is officially out of the game and the Saints’ all-time leading rusher Mark Ingram is questionable to suit up, leaving the hosts’ offensive unit decimated.

Backup quarterback Trevor Siemian and the Swiss army-knife that is Taysom Hill are essentially the last men standing, and they simply shouldn’t be enough to turn over the Bills, who – in stark contrast - are one of the healthiest teams in the NFL at the moment.

Buffalo have had some soul-searching to do this week after their humiliating 41-15 defeat to Indianapolis and the jury is currently out on the reigning AFC East champions, but too many pundits are dismissing the quality of the Colts team that beat them, while focusing on slamming the Bills.

Ultimately, Buffalo were beaten by the freakish display of a possible MVP in Jonathan Taylor, who grabbed himself five touchdowns on the day. This week, they’re facing a team with substantially less Jonathan Taylor.

Although the strength of their schedule is rightly being questioned, Buffalo have still managed to concede just 17.6 points per game this season, through ten games. That’s no easy feat and has to count for something.

Defensively, against a thrown-together Saints offence, the Bills should have more than enough to contain their opponents on Thursday night.

That just leaves the question of whether Buffalo can score enough points themselves, and I do believe the match-up is kind enough to allow for a professional and prolific Bills performance.

Josh Allen will be playing with a point to prove after last week’s defeat and the Saints’ defence is not one of the league’s best. They don’t ship a tonne of points on average, but they are significantly better against the run than they are against the pass.

The Saints’ secondary is a problem – shipping 252.2 YPG - and with Stefon Diggs in fine form (five touchdowns in as many games) I’d expect Allen to come out swinging in a bounce-back performance, delivering the comfortable win the team needs to get back on track. 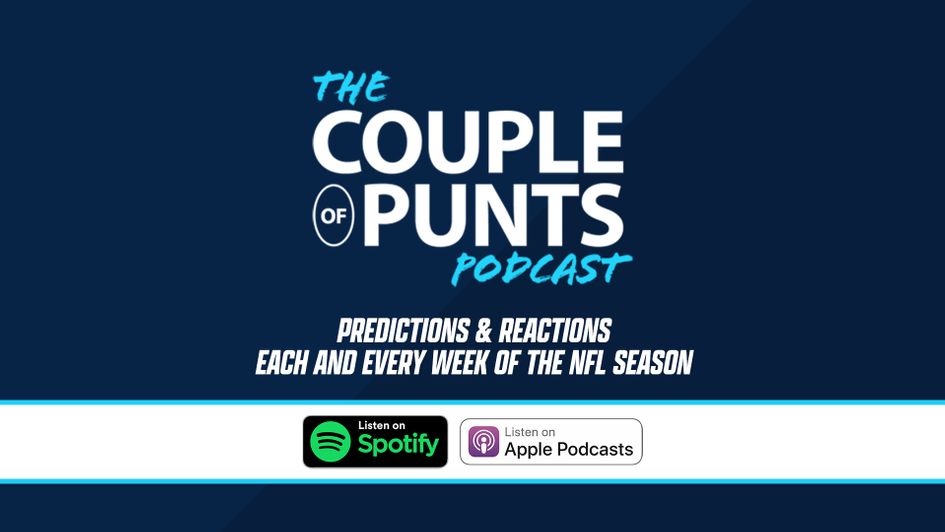 Two teams that need to take two very different offensive approaches to this game if they are to win it.

The Cowboys are coming off a disappointing showing against the Kansas City Chiefs where they failed to commit to a real game plan. Dallas had success on the ground at various stages, but the fear factor of the Chiefs seemed to stop Mike McCarthy from sticking with what was working, and that proved to be their demise.

I believe the Cowboys will right that wrong on home soil on Thursday. The Raiders are shoddy against the run (ranked 29th in the NFL in yardage allowed) and Tyron Smith being back on the offensive line drastically improves the offensive ability of Dallas on the ground.

After a couple of lacklustre performances by his high standards, this looks to be a perfect opportunity for Ezekiel Elliott to put his stamp on a high-profile game and get into the end zone for the Cowboys. Plus, with Amari Cooper and possibly Ceedee Lamb on the side lines, Elliott stands alone as the best offensive weapon McCarthy has at his disposal.

As for Las Vegas, their best route to victory appears to be the opposite. The Raiders have struggled to run the ball all season long and there are real fears that Josh Jacobs simply isn’t the talent we all hoped he could be. This isn’t the game to turn that around either, as the Cowboys’ front has been holding firm as of late, backed up by a likely defensive rookie of the year in Micah Parsons.

In the games Las Vegas have won this year, Derek Carr has been the centre of attention. On Thursday, with the eyes of a nation on him, it’s time for the Raiders’ quarterback to start slinging the rock once more.

Las Vegas are going to need points in bunches and, for that, it’s always best to go for your most reliable option. The team has been hit hard in the receiver group this season, but they still have Darren Waller.

The towering tight end may only have two touchdowns to his name this year, but I’m willing to wager it’s time for his third. He went for over 100 yards in the defeat to Cincinnati last week, so he’s in good rhythm with his quarterback, and crucially Waller is accounting for over 21% of the Raiders’ red-zone targets this season.

Dallas give up a hefty 61 yards per game to the tight-end position on average and I expect a high-level pass-catcher like Waller to do as much damage as any tight end has caused to the Cowboys this season.

Gronk, Zach Ertz, Hunter Henry and Travis Kelce have all caused problems for Dallas in 2021, and Darren Waller very much belongs in their esteemed company.

Thanksgiving Thursday doesn’t get off to the most glamorous start in the NFC North, with the NFL committing to the traditional Detroit home game, despite the state of the Lions’ torrid 2021 campaign.

Dan Campbell’s team are still without a win as we approach December and their opportunities to avoid the dreaded winless year are drying up at a rapid rate. The arrival of the Bears at Ford Field on Thursday is one of those last remaining chances, but it’s far from a given that Detroit can take them all the way and finally get over the hump.

Both teams will likely be starting back-up quarterbacks in the contest – Tim Boyle and Andy Dalton – and thus, a low-scorer is expected in the Motor City. Both of these teams are averaging 16 points per game this season, which is hardly a number that gets the blood pumping. With this in mind, under 41.5 total points in the game is a tempting proposition at a price of 10/11, but for my best bet in this game, I sense a little extra value elsewhere.

Due to the probability of a low-scoring contest, the prices in the anytime touchdown market have been inflated to a point where they shouldn’t really be, and that opens up some real value in the Lions’ best offensive weapon.

With a quarterback at the helm that’s capable of mediocrity at best, Detroit will be emphasising the ground game on Thursday in the hope that they can exploit a Chicago defence that is playing well below the franchise’s usual reputation.

The Bears are ranked 24th against the run and that will be music to the ears of D’Andre Swift, a Detroit Lion coming off one of the best games of his young career, albeit in defeat.

Swift rushed for 136 yards on just 14 carries against the Cleveland Browns last week – a defence that statistically is far more proficient in the ground game than the Bears. He also crucially got in for a touchdown, his fourth of the season.

Detroit may have only scored 10 points last week, but Swift accounted for six of them and, seeing as the Lions’ only realistic route to victory on Thursday depends on his success, Swift is a fantastic price at 7/5 to add another touchdown to his collection on Turkey Day.

Best Bet: D’Andre Swift (Lions) to score a touchdown at 7/5