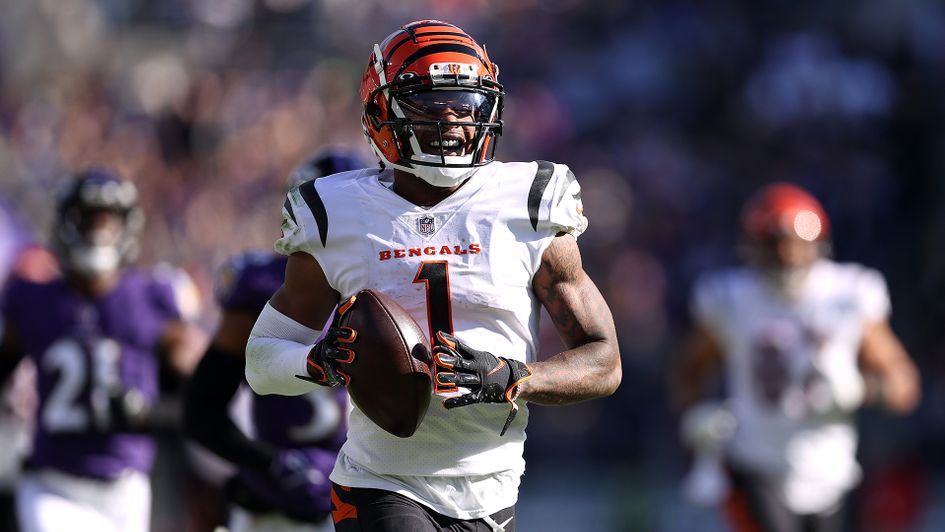 We are now deep into the second half of the 2021 regular season, with Week 11 in the books.

Whether it is going against the spread or putting together exotic parlay picks, you now have plenty of evidence to sift through when making your NFL betting predictions.

Aaron Rodgers (QB, Green Bay Packers): After that much-publicised COVID absence, Rodgers is now dealing with a painful toe injury which he aggravated in Sunday’s last-gasp loss to the Vikings in Minnesota. Rodgers says the injury is worse than turf toe (ouch) and that he will be dealing with it for a few weeks to come. A definite concern for a Green Bay team which still has designs on the #1 seed in the National Football Conference.

Elgton Jenkins (OL, Green Bay Packers): Jenkins had been terrific this year after moving from guard to left tackle to plug the huge hole left by the continued absence of All Pro David Bahktiari. But his season ended on Sunday in Minnesota when he tore his ACL during that loss to the Vikings. It’s hoped Bakhtiari will be back for the stretch run - that is pretty much a necessity now.

Amari Cooper (WR, Dallas Cowboys): We knew going into Dallas @ Kansas City that the ‘Boys struggle mightily without All-World LT Tyron Smith, and as it turned out they couldn’t block Chris Jones and co in a miserable 19-9 loss at Arrowhead. We also found out that Dallas misses Amari Cooper in a big way. Offensive production dropped off seismically without Cooper’s elite route running ability when he was ruled out by COVID. Given he is unvaccinated, Amari will definitely miss the Thanksgiving Day game against the Raiders, and punters should be wary of lumping on Dallas for huge offensive gains. Especially with CeeDee Lamb a doubt as well.

CeeDee Lamb (WR, Dallas Cowboys): With Cooper already ruled out, the loss of Lamb during that loss to KC with a concussion was something the Cowboys could ill-afford. The noises so far are positive in Dallas that CeeDee will be available vs Vegas on turkey day, but we won’t know for sure until much closer to kickoff. Michael Gallup could be the last man standing in a talented batch of Cowboy starting wide receivers - let’s see if he can step up and play like a true #1.

Justin Fields (QB, Chicago Bears): Fields will miss the Thanksgiving Day game against Detroit because of a rib injury, leaving Andy Dalton to take the start in Motown. Expect some offensive struggles for the Bears against a Detroit team which has played tough despite an awful record. Fields had been showing signs of progress, so this is a real frustration for Matt Nagy and his coaching staff.

Joe Flacco and Mike White (QB, New York Jets): We’re bracketing Flacco and White as both have been added to the reserve/COVID list ahead of this weekend’s showdown with Houston. Just as well then that rookie Zach Wilson is expected to return to the starting lineup after several weeks out through injury.

Marcus Johnson (WR, Tennessee Titans): The Titans are literally walking wounded - without a cast of stars that includes Derrick Henry, Julio Jones and top draft pick Caleb Farley. Mike Vrabel then will be highly disappointed that Johnson is done for the year after a hamstring injury which has landed him on IR for the second time this season.

Dalvin Tomlinson (DT, Minnesota Vikings): Tomlinson was added to the reserve/COVID list this week with the Vikes preparing to face San Francisco in a pivotal matchup in the NFC wildcard race. Not the ideal preparation for such a huge game.

As we are now into the business end of the regular season - it’s worth updating on the markets for some of those end-off-year awards and the related ante-post markets:

NFL MVP: Tom Brady (remember him) is currently 11/4 favourite with Paddy Power despite going through a mixed time in the last month - with two losses in four games. The fact TB12 is market leader is partly down to the struggles endured by the rest of the major contenders.

We’re still shocked that Brady - a reigning Super Bowl champion with a full offseason (unlike 2020) to prepare with a stellar cast of receivers - was available at 16/1 in pre-season. Never, ever count him out.

The other interesting subplot here is the re-emergence of Patrick Mahomes. He was pre-season favourite, then out to big odds after a really poor start to 2021. Four straight wins later though and Mahomes is back in the mix with his Chiefs on top of the AFC West. The current 10/1 could look pretty big if he continues that renaissance through December.

It’s huge odds that a non-quarterback wins the award, and the only man with any sort of a shot in that category is Indianapolis RB Jonathan Taylor. He put an exclamation point on a stellar year so far with five (FIVE) touchdowns in the rout of Buffalo. He’s a 25/1 shot.

NFL Coach Of The Year: Chargers HC Brandon Staley led the way early in the season but Arizona’s Kliff Kingsbury now heads the betting at 7/2 with Sky Bet after a 9-2 start to 2021.

Mike Vrabel of Tennesse comes next, but there are dark clouds on the horizon after a loss to Houston and a mounting list of injuries that even a genius would struggle to cope with.

Talking of genius, the fancy prices about Bill Belichick (again, go figure, how could you ever rule him out) are long gone after the Pats won five straight to top the AFC East. He’s a 6/1 shot.

If you are looking for a little bit of remaining value at a bigger price, Indianapolis HC Frank Reich could be your man at 25s. The Colts have recovered well to 6-5 after a horrible start to 2021 and they are looking strong right now with Carson Wentz helped significantly by a stellar running game.

The other price that continues to baffle us is the 80s about Pittsburgh’s Mike Tomlin. A tie with Detroit and a loss to the Chargers have dropped the Steelers to 5-4-1, but he remains way too big in our view as he gets a tune out of a team which was predicted to struggle big time in 2021.

Offensive Rookie Of The Year: This is developing into a very close (two-horse) race, with Pats QB Mac Jones now a slight 10/11 favourite with Sky Bet after taking over from Bengals WR Ja’Marr Chase (5/4).

Jones and New England are red-hot right now while Chase is struggling to maintain the incredible production he showcased early in his rookie year. Feels like the Mac momentum is unstoppable right now - at least in this market.

Defensive Rookie Of The Year: Dallas LB Micah Parsons was trading as favourite from the moment the Cowboys selected him 12th overall. He’s done nothing to change that view since.

The former Penn State standout has been a beast at LB and edge for Dallas, racking up eight sacks so far and looking like a future All Pro. No surprise then that he is virtually unbackable. Call this one off.

Comeback Player Of The Year: This is another category where Dallas has a very strong hand in the shape of QB Dak Prescott. Dak - coming off the gruesome ankle injury which ended his 2020 season - is long odds-on with Sky Bet after leading the Cowboys to a 7-3 start.

Two losses in three games for Prescott with offensive struggles to boot have opened up the race ever so slightly though, with Cincinnati QB Joe Burrow next best at 6/1. He’s led his team to a 6-4 start after his rookie year ended early with a devastating knee injury in 2020.

Two of the NFL’s best teams facing off in freezing Lambeau in late November? Sign us up.

Both these teams though have some question marks heading into this game which mean it is must-watch TV for NFL punters.

The Rams lost two straight heading into their bye week with the second of those two defeats a 31-10 hammering by the 49ers in Santa Clara. Is it a blip for Sean McVay and Matthew Stafford, or a portent of things to come? Those acquisitions of Von Miller and OBJ need to start paying off.

The Packers meanwhile will not have been too downhearted by a 34-31 loss in Minnesota last week, the Vikes play everybody tough. But Rodgers aggravating that painful toe injury and Jenkins being lost for the year is not so great. The Pack were already short-handed with a number of star names unavailable and things just don’t get any easier.

The Rams absolutely need this more as they trail Arizona in the NFC West, but there is much on the line for both teams. The Pack of course are just one game out of the #1 seed in the NFC and hold the tiebreaker over Arizona.