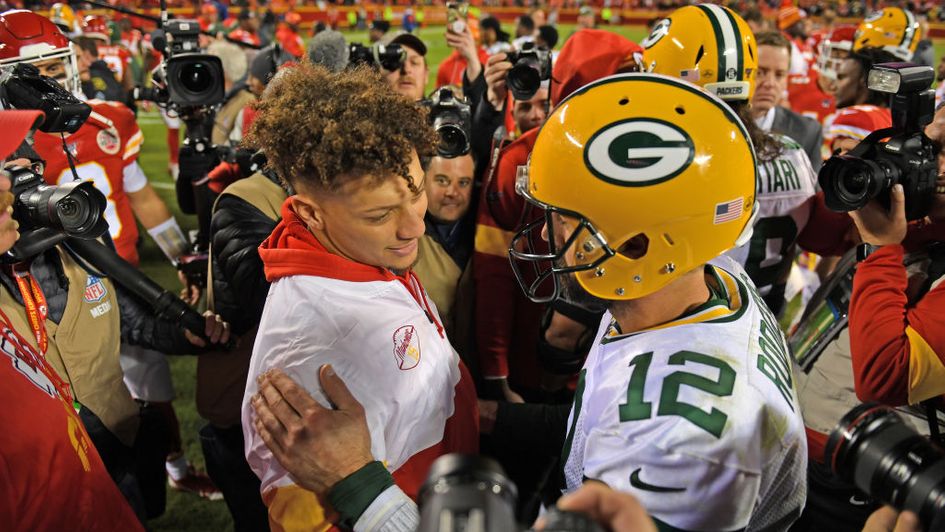 OddsCritic look back at what we learned from Week 8 of the 2021 NFL regular season, and ahead to some of the betting pointers for this weekend’s schedule.

We are now fast approaching the halfway stage of the 2021 NFL regular season, with Week 8 officially in the books.

Whatever you are picking in terms of your NFL predictions, at least you now have plenty of evidence to work with. And we aim to add to that knowledge right here.

Derrick Henry (RB, Tennessee Titans): Everything in the world seemed good for the Titans on Sunday as they recovered from an early 14-0 deficit to win a crucial road game in Indianapolis. But 6-2 Tennessee left Lucas Oil Stadium with trouble afoot - quite literally. Less than 24 hours on from that 34-31 overtime victory, the Titans were confirming that superstar running back Henry had broken a bone in his foot and would require surgery. The rehab timetable is set at 6-10 weeks with the very real possibility that Henry could miss the rest of 2021. Disastrous news for a player who was on pace for a record-setting year and part of the MVP conversation. Just as bad for a team which - for now - has lost its heart and soul.

Jameis Winston (QB, New Orleans Saints): You have to feel for Winston. With the Saints en route to a famous victory over Super Bowl champions Tampa Bay on Sunday, he was dragged to the ground by Bucs linebacker Devin White. The end result from a gruesome play was a torn ACL for the Saints QB, and season over. Winston was making a pretty good job of rebuilding his career in New Orleans - a career we should remember which had been stuck very much in neutral in Tampa. Now the 5-2 Saints must choose between Taysom Hill and Trevor Siemian.

Danielle Hunter (DE, Minnesota Vikings): Not only did Minnesota drop a huge Sunday Night Football game against Dallas, they also lost their best defensive player for the rest of 2021. Hunter suffered a torn pectoral muscle in the 20-16 defeat by the Cowboys, and is done for the season. More awful luck for a player who had missed the entirety of 2020 with a neck injury, and who had already racked up 6 sacks in 2021.

Sam Darnold (QB, Carolina Panthers): Darnold was in the process of helping the Panthers finally snap a four-game losing skid when he suffered a concussion during the trip to Atlanta. While Carolina would go on to clinch the road win, Darnold is now a major doubt for this weekend’s visit of the New England Patriots to Charlotte. That will affect the betting line so watch out for updates during the rest of the week.

T.Y. Hilton (WR, Indianapolis Colts): The concussion Hilton suffered during the fourth quarter of Sunday’s heart-breaking loss to Tennessee merely added to Indy’s misery. Hilton, the best target QB Carson Wentz has, had already missed significant time to start the season with a neck injury and he just cannot seem to stay healthy. Indy had been looking good until things literally went south against the Titans, and now they are really up against it in the playoff race. Hilton of course now goes into concussion protocol, and is highly unlikely it would appear to face the Jets on Thursday Night Football.

Jabril Cox (LB, Dallas Cowboys): Cox may not be quite as high-profile as some of the other names on this list, but he’s an important piece for a Dallas team with deep playoff aspirations. Or at least he was. That is because Cox - a fourth-round draft pick out of LSU earlier this year - tore his ACL in Minnesota on Sunday night and is done for the year. His ability in particular to cover opposition tight ends was valuable to Dallas, and he will be a loss in the weeks to come.

James Robinson (RB, Jacksonville Jaguars): It looks like the Jags - for once - dodged a bullet here. Robinson bruised his heel colliding with a piece of equipment on the sidelines after running out of bounds during Sunday’s (latest) embarrassing loss in Seattle. He is listed as “day to day”, the injury is not serious and it’s likely he’ll be available in Week 9.

Against The Spread in 2021 - which teams perform best?

If you’re betting on the NFL every weekend, likely you are often going against the spread. Now we have plenty of evidence to work with, let’s see which teams perform best ATS in 2021. There is only one team which still has a perfect record... 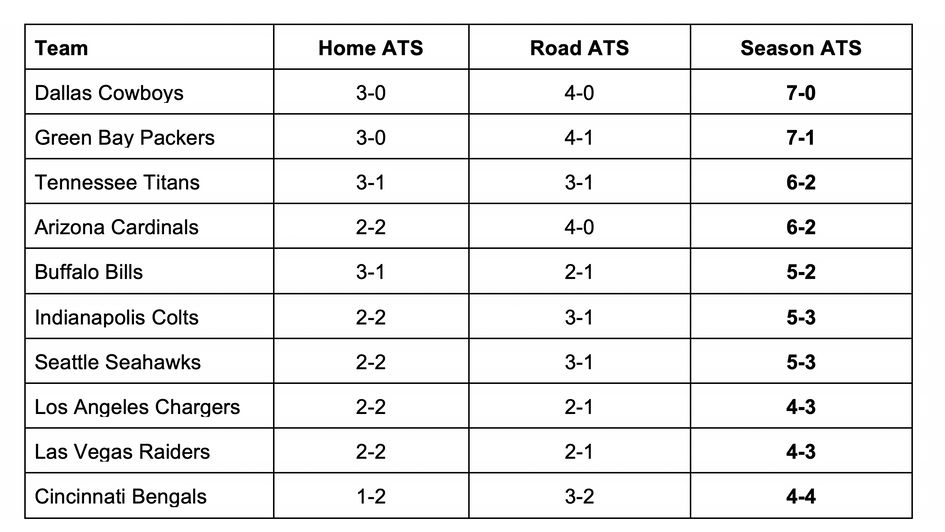 Remember the top four seeds in each conference go to the division winners. The next three go to the teams who are not top of their division and have the best records in the conference. They are the wild cards.

This is why we have the Rams currently sitting as the 5 seed in the NFC, despite being tied for the league’s best record.

The top seed in each conference gets a first-round playoff bye and home-field advantage throughout the post-season.

As you can see, if the post-season started today we’d have Patrick Mahomes and Kansas City missing out, while the likes of Carolina would be in. What a world...

Aaron Rodgers vs Patrick Mahomes at a packed Arrowhead - what’s not to like.

The Packers just keep surprising everybody this season - riding a seven-game win streak to reach 7-1 without ever hitting top gear. Include Rodgers in that too.

It’s a very different story for Kansas City though - horrible defense and uncharacteristic offensive misfires have them on 4-4 despite that hard-fought Monday Night Football win over the Giants.

It is must-win territory for Mahomes and co against a team which does not lose very often. Perfect Sunday night TV - bring it on!