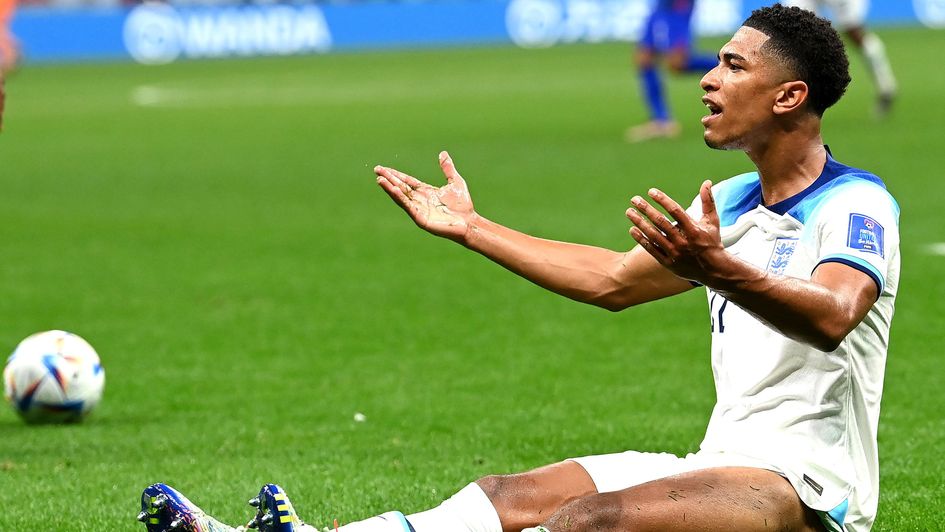 We deliver the xG (expected goals) scoreline, a 'fairness' rating and noteworthy data points from across day six of the World Cup as England were held by the USA.

England all but qualified for the round of 16 despite an underwhelming performance in a goalless draw with the USA in their second Group B game - the 'fairest' result we have seen so far this tournament according to our ratings.

They now need only avoid a four-goal defeat by Wales in their final group match to ensure a place in the knockout stage.

Comparisons were quickly made with England's goalless draw against Scotland in the group stage of Euro 2020, but on that occasion Gareth Southgate's side created more than enough opportunities (1.76 xG) to win the match according to our model.

But the 0.91 accumulated against the USA is one of the lowest totals created in a major tournament under Southgate, and the fourth time they have failed to breach 1.0 xG.

The three previous occasions were their final group game against Belgium (0.91) at the 2018 World Cup, their semi-final defeat by Croatia (0.73) at the same tournament and the final of Euro 2020 against Italy (0.76).

▪️ England create less than 1.0 xG
▪️ Gareth Southgate's side onto 4 points from 6 & all but qualified
▪️ FIFTH goalless draw of the #FIFAWorldCup

Enner Valencia ensured Ecuador got the very least they deserved against the Netherlands.

The Oranje led early thanks to Cody Gakpo's stunner but were poor thereafter, having just one further attempt in the remaining 84 minutes.

It continued a worrying theme for Louis van Gaal's side after they generated just 0.43 xG in the first 84 minutes of their opening game against Senegal before Gakpo and Davy Klaassen's late strikes secured a 2-0 win.

Ecuador, in contrast, were unlucky to only draw.

They had a goal from Brighton wing-back Pervis Estupinan disallowed on the stroke of half-time and also hit the bar close to the hour mark through Gonzalo Plata.

Valencia’s equaliser came early in the second half, though his exit on a stretcher late on will be a major concern to Ecuador coach Gustavo Alfaro given he has scored all three of Ecuador's goals in the tournament so far.

Both sides move closer to qualifying for the #FIFAWorldCup knockout stages.

A clash where we saw the tournament's quickest goal (Gakpo) and a new leading goalscorer (Valencia)#NEDECU pic.twitter.com/BUw1Ps7UyE

Wales suffered defeat to Iran in the opening game of matchday two, with a late red card for Wayne Hennessey and two late goals putting Rob Page's side on the brink of elimination.

Kieffer Moore missed the games best chance (56%) in the twelfth minute, but after that scare, Wales racked up just 0.41 xGF, so offered little in the way of attacking threat.

Iran took control of the game soon after, and created the better of the chances, and as the red card saw Wales drop even deeper, the opening goal came from a strike from range which had just a 3% chance of being scored.

Iran netted a second on the counter-attack afterwards as Wales chased the game, but the Welsh can have no dispute about the result.

The defeat now means they must beat England to have any chance of qualifying for the knockout rounds, with Infogol calculating they have just a 5% chance of making it out of the group, while Iran's chances stand at 37%.

They were comfortably second best throughout the contest, and once again struggled to create good scoring opportunities, failing to breach 1.0 xGF.

Senegal did what was required, bouncing back from defeat to the Netherlands, and rightly ran out winners of this clash.

It means they likely have their destiny in their own hands heading into the final game of the group stage.