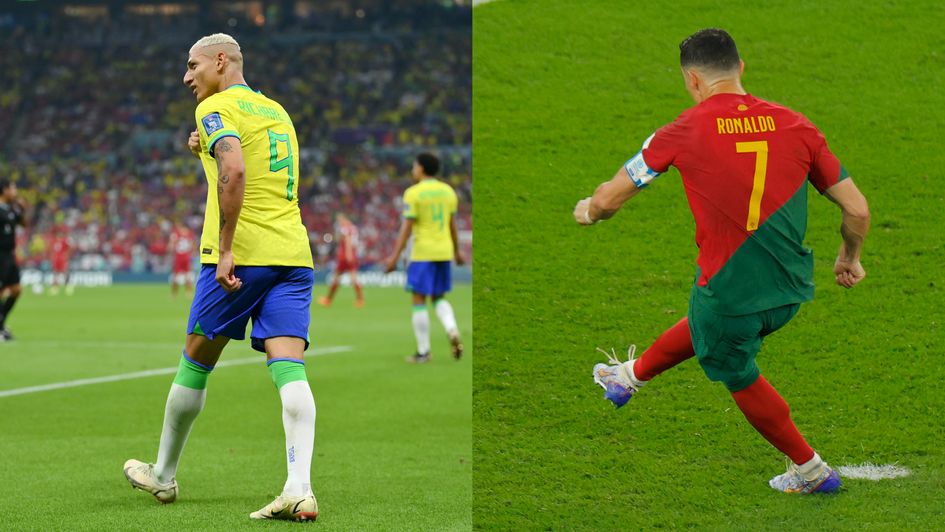 We deliver the xG (expected goals) scoreline, a 'fairness' rating and noteworthy data points on day five of the World Cup in Qatar.

After a dull first half which saw the teams combine for the lowest xG total in the first half of a 2022 World Cup game to date, Brazil really stepped it up a gear in the second half to run out comfortable winners.

Serbia couldn't stick with the pre-tournament favourites, creating little of note throughout the 90 minutes, while Selecao had no issues carving good opportunities in the second period.

Richarlison was the match-winner, netting first from close range (66%) before a stunning bicycle kick second (16%) that sealed the deal.

Based on xG, the result was an incredibly fair one, while in terms of dominance according to expected goal difference (xGD), Brazil's win ranked fifth of the 16 games so far. 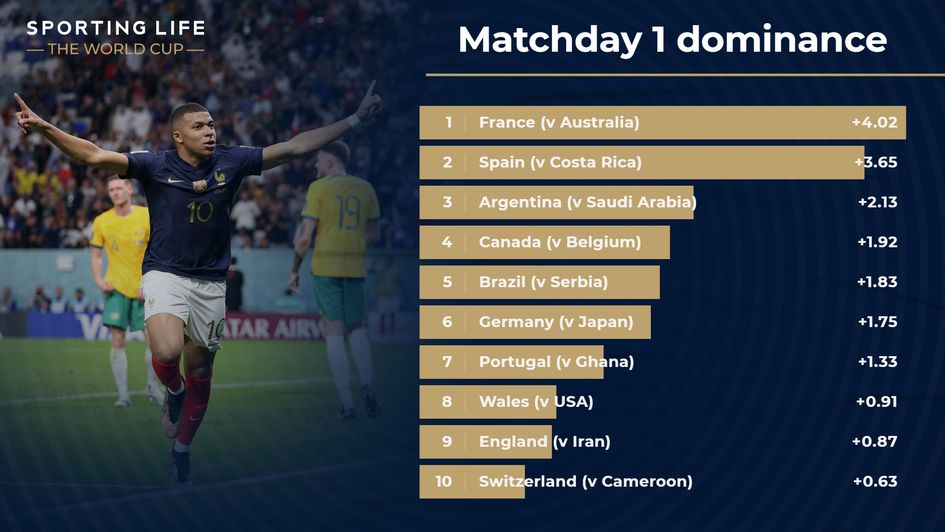 While not hugely flashy, the victory provides the favourites with a great platform to build from.

We were witness to a slow burner in the 4pm slot of matchday five, with Portugal and Ghana playing out a goalless first half only for the game to explode into life in the second.

There were five goals in the second period, with the man in the spotlight, Cristiano Ronaldo, getting the goal-rush underway with a penalty that meant he became the first player in history to score in five World Cup's.

A goal fest in the second half as Portugal start with a win #FIFAWorldCup | #PORGHA pic.twitter.com/JcVTcFCP4Q

Ghana equalised soon after, but two quick-fire goals for the Portuguese earned them a deserved win based on chances created in the game, hence the high fairness rating of 92.21%.

All the talk pre-game was around Ronaldo, and he could have had a hat-trick on the night. The superstar forward took four shots in the game which equated to 1.78 xG, meaning each shot had an average xG of 0.44.

He continues to be their main threat, with Ronaldo being on the end of 68% of his teams total xG, including all three of their 'big chances'.

If he continues to play like this, we can expect more goals from the great man.

The fourth goalless draw (from 14 fixtures) of the 2022 World Cup saw the lowest amount of xG generated by any fixture so far (1.37).

There was only one shot on target in the entire match, but Uruguay did hit woodwork twice, Diego Godin header's late in the first half (0.10) and Federcio Valverde's 30-yard strike (0.02) in the 69th minute.

But it was South Korea, who failed to register a shot on target at all, who missed the best opportunity of the match according to xG, with Hwang Ui-jo (0.50) skying a cut-back over when unmarked 12 yards out just after the half hour.

Breel Embolo's goal against the country of his birth proved the difference in a contest where Cameroon were unable to turn some good first-half play into clear-cut openings.

The Indomitable Lions edged the opening period but after Karl Toko Ekambi missed an excellent opportunity (0.36 xG) in the 10th minute they failed to create another chance of greater than 0.10 xG until Eric Maxim Choupo-Moting (0.20) went close just before the hour mark.

By that point the Swiss already led having converted one of their two 'big chances' (0.35 xG+) through Embolo (0.57) just after the break, meaning Manuel Akanji's miss (0.52) in first-half stoppage time counted for little.

Ultimately, a straightforward win for Switzerland.