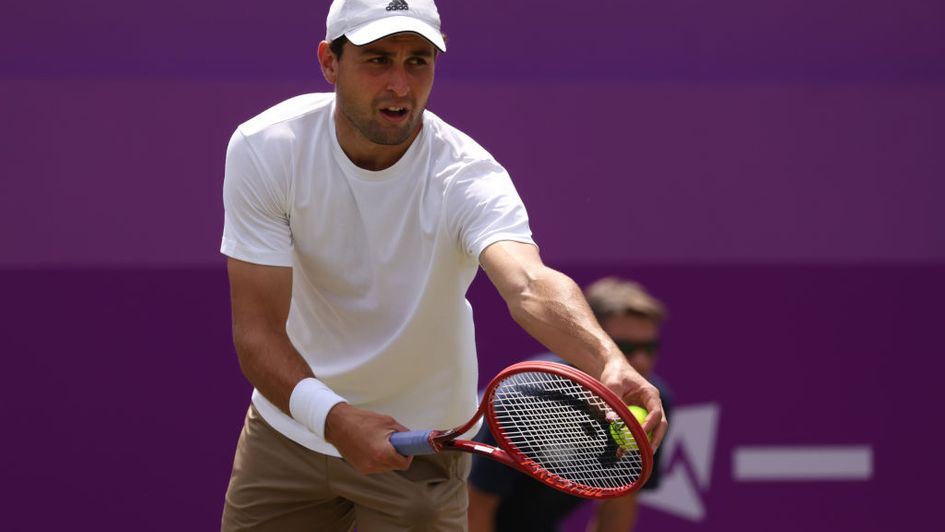 Aslan Karatsev is fancied at a big price in Japan

Tennis’ place at the Olympics has been much debated ever since it returned to the Games in 1988.

The main reason for that has been the fact that so many players over the years have considered winning a Grand Slam tournament more important than a gold medal.

The Olympics have therefore been snubbed or not given the same focus as the Slams.

For example, Pete Sampras and Boris Becker both only played the Olympics once, both losing in the last 16 on the Barcelona 92 clay.

Andre Agassi did better in his sole appearance, winning gold in 1996, although notably that was a home Games for the American.

Olympic men’s singles results (since tennis returned to the Games)

Things have changed in more recent times with tennis really bringing something to the Games courtesy of considerably stronger fields.

Members of the so-called Big Four have won the last three gold medals on offer, while seven of the last 12 semi-finalists have been part of that elite quartet (Roger Federer, Rafael Nadal, Novak Djokovic and Andy Murray).

Given the Covid situation, it is hard to say if the attitudes of old are returning but this year there’s no doubt the field is substantially weaker than it was in Rio five years ago.

There’s no Federer (injured) or Nadal (prioritising the US Open). In fact only 10 of the world’s top 20 are here.

Of course, there will still be plenty of good players playing at the Ariake Tennis Park, home of the Japan Open, none better than world number one Novak Djokovic.

Having won the first three legs of the Grand Slam, the Serb will be chasing history at next month’s US Open.

Djokovic pondered withdrawing from this event to prioritise that one but he’s a man who admits he loves claiming records and one suspects the potential of winning the ‘Golden Slam’ was simply too good to turn down.

He’ll take some stopping but at 8/13 he’s short enough.

This column backed Djokovic at a longer price at Wimbledon recently but there they were playing best-of-five sets. 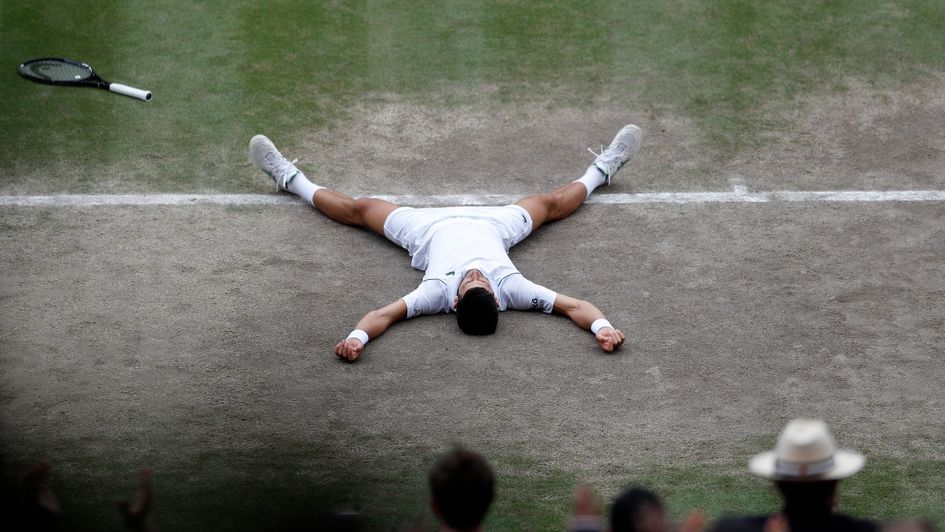 Here it’s best of three tie-break sets, even in the final which in Rio was best-of-five.

That gives Djokovic’s rivals a greater chance – if they can stay hot for 90 minutes, it may be enough to cause the upset.

So how do we take on Djokovic, who was top seed in Rio but toppled in round one by eventual silver medallist Juan Martin del Potro?

Recent form may not be the best indicator in terms of finding a bet.

Most of these players haven’t played on a hardcourt since March with all recent ATP tournaments having taken place on grass or clay.

That may play into Djokovic’s hands – he’s a natural on the hard surface.

Previous performances at the Japan Open should hold some sway, although Djokovic won it the last time it was staged in 2019.

That tournament is played on the same DecoTurf courts that will be used this week, although they have all been relaid ahead of the Olympics. As a result, there have been several comments from players about them playing fairly slow in practice.

With all this in mind, I’ll take a two-pronged approach – firstly eyeing someone who might just be able to land that upset of Djokovic with a lights-out display and, secondly, seeking some each-way value in the opposite half to the odds-on favourite.

On point one, ASLAN KARATSEV ticks plenty of boxes.

He was the breakout star of the early part of the season which was played on hardcourts, reaching the semi-finals of the Australian Open and then winning the title in Dubai.

The Russian has the power to hit through a sluggish court and showed that his aggressive style of tennis is more than capable of troubling Djokovic.

When the pair met in Belgrade in April, Karatsev scored an upset win in front of the Serb’s home crowd.

Admittedly that was on clay, but conditions here certainly look likely to be slower than when the pair met in Melbourne, where Djokovic won in straight sets.

The win in Belgrade will give Karatsev plenty of confidence ahead of any rematch in the semis here, although clearly there’s plenty of work to do before then.

However, the draw looks decent enough for the Russian with Hubert Hurkacz and Alex Zverev the two seeds he’s due to meet prior to the last four.

If you are prepared to entertain the thought Djokovic could lose before the final, 40/1 about Karatsev looks to offer some value.

I’ll take that price with BoyleSports who bet all three podium places in their each-way terms at quarter of the odds. Most firms go a third for a place in the final and 33s with those layers is also perfectly acceptable.

However, my best bet is among those in the bottom half of the draw, namely an each-way punt on DIEGO SCHWARTZMAN.

The Argentine is seeded eighth yet can be backed at 100/1. That’s too big.

OK, it hasn’t been a vintage season from Peque but an 18-12 win-loss record is hardly a disaster.

He’s shown an uptick recently, making the quarter-finals at Roland Garros and even winning a couple of rounds on the Wimbledon grass (not his surface by any means). 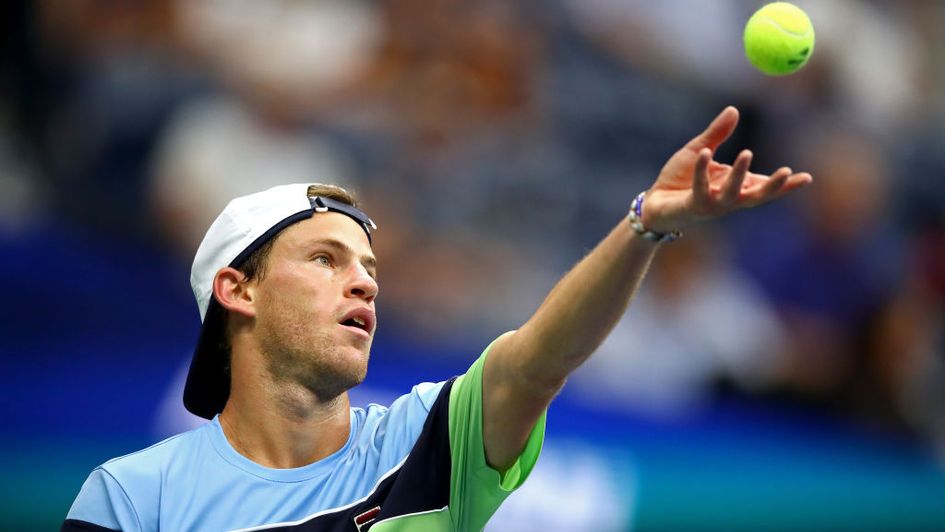 It’s also worth mentioning his semi-final run in Tokyo at the 2017 Japan Open but what I particularly like about Schwartzman is his ability to perform on a sluggish hardcourt.

He’s won the title in Los Cabos in the past and also has final appearances in both Vienna and Antwerp on his CV.

I suspect the court speed, coupled with the humid Tokyo weather, will make it hard to hit winners past Schwartzman’s excellent defence.

The draw has also been pretty kind with a couple of very winnable matches in the first two rounds. Karen Khachanov could follow – not the toughest last-16 opponent – before a potential meeting with Stefanos Tsitsipas.

Schwartzman has won their only hardcourt meeting while I have reservations about Tsitsipas even reaching that stage.

I’m not sure he’s in the best place mentally right now having blown a two-set lead in the French Open final on the same day his grandmother died.

Since then he’s lost in the first round of Wimbledon and won just one match in Hamburg where he’d been looking to get matches under his belt ahead of this event.

The biggest worry for Schwartzman is arguably second seed Daniil Medvedev, who could lie in wait at the semi-final stage.

Medvedev has won all six of their previous meetings although the Russian is far from certain to make the last four after some patchy form since making the Australian Open final in February.

He has a tricky opener against Alexander Bublik, while there are others in the fourth quarter with the potential to trouble him.

I considered Felix Auger-Aliassime’s chances. He’s beginning to show the signs of improvement expected under the tutelage of new coach Toni Nadal but that’s also reflected in his price of 25/1.

Instead I’ll try a punt on PABLO CARRENO BUSTA at 66/1.

He was the winner in Hamburg last week (without losing a set) so clearly is in decent nick.

Of course, he’ll need to transition to the hardcourts quickly but the Spaniard, seeded six, should not be considered a clay specialist. Indeed, three of his six ATP titles have come on a hardcourt.

He made the semi-finals of the US Open in both 2017 (on DecoTurf) and 2020 (on slow Laykold) and will be happy to grind out long rallies in these conditions.

He’s in Auger-Aliassime’s section of the draw – the duo could meet in the last 16 – but PCB is almost three times the Canadian’s price and represents a spot of value.

I’ll play at 66/1 with Betway who standout from the crowd by going half the odds in their place terms, although those who want a return for bronze can get 80s with BoyleSports, albeit at a quarter.