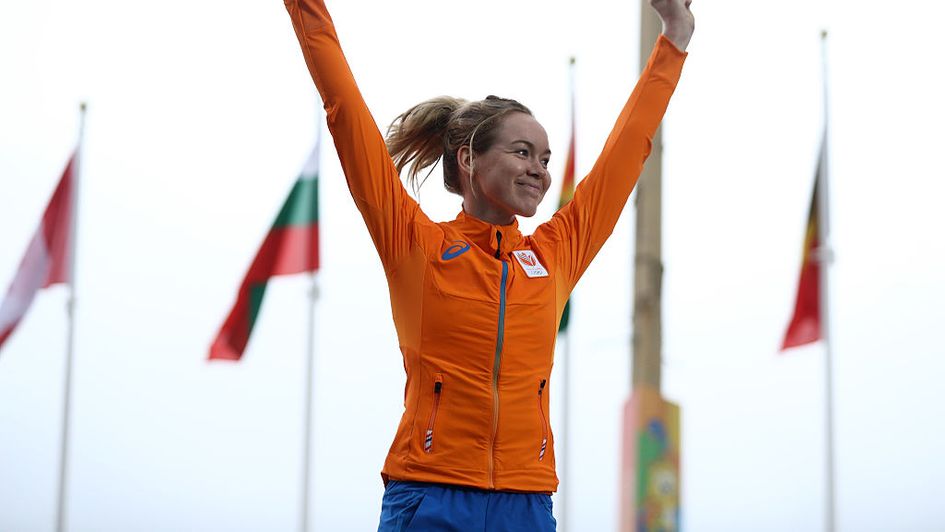 After profit in the men's equivalent having selected the second, third and fourth home, cycling expert Joe Rindl assesses the women's road race.

The Netherlands’ team is so strong this year I genuinely wouldn’t be surprised if it’s an all-orange one-two-three.

All four of the nation’s competitors have a real shout at winning the event, a 136 kilometres hilly route which sadly pales in comparison to the men’s brutal course.

The organisers have a lot to answer for, with the women missing out on a Mt. Fuji detour and an ascent up the wicked Mikuni Pass. And while there were 130 spots available on the start list for the men’s event, there were only 67 open for the women.

Thankfully, it will be 90 each in Paris in 2024, but much of the cycling media has already aired its disappointment at being denied both a larger peloton and an epic mountainous showdown. This will be more like a punchy, rolling, spring classic.

Can anyone stop the Dutch?

The Dutch are very good at those. Their four riders at the games have already collected the Ardennes hat-trick this year with MARIANNE VOS winning the Amstel Gold Race, ANNA VAN DER BREGGEN winning La Fleche Wallonne, and Demi Vollering winning Liege-Bastogne-Liege. Not to be left out, Annemiek Van Vleuten was victorious at the similarly hilly Tour of Flanders.

No other team comes close to their medal potential. The Netherlands’ foursome are the top four favourites to collect gold.

For comparison, Italy, the next strongest on paper, has just two riders in the top 13 of the outright betting: Elisa Longo Borghini at 14s and Marta Bastianelli at 22s. The gulf is incredible.

An orange jersey has been on the top step at the last three Olympics. I’m certain it’ll be four in a row on Sunday.

I’ll be backing van der Breggen to win gold at 4/1 with Sky Bet.

If anybody was going to be the dedicated Dutch team leader it would be the defending Olympic champion. Van de Breggen was due to retire last year, but pushed back her farewell when the Games were postponed. This will be her final season and she’s made no secret of the fact this is the win she craves.

Few will be able to match her. The 31-year-old double world champion has been in scintillating form in 2021, winning a record seventh Fleche Wallonne and a fourth overall title at the Giro d'Italia Donne before flying out to Japan.

Vos’ price is too good to miss

I’m also intrigued by Vos’ price at 6/1 with bet365. Should van der Breggen fail to get away before the flat sprint finish, it’ll be Vos’ to lose with one of the strongest kicks in the peloton.

The 34-year-old, winner in London in 2012, was victorious on two hilly stages at the Giro in July before leaving early to prepare for Tokyo.

Expect van der Breggen to go for a long-ranged attack, knowing that if she is to be caught by the peloton, Vos will win gold from the bunch. Either rider to win is around 15/8 if you weight stakes accordingly.

The peloton will be asked to ascend a staggering 4,865 metres across 234 kilometres with riders first tackling two punchy climbs before taking on the legendary Mt. Fuji.

That would be a vicious path on its own, but the Olympic route carries on for a further 100km.

The latter half sees a technical descent before two laps of the Fuji International speedway ahead of the wicked Mikuni Pass which has the steepest climb of the day at 6.8km with a 10.2% average incline.

Crest that, hold your nerve on the way down, ascend one final climb, before crossing the finish line at the speedway one last time.

The only similar course I can think of from recent times is the 2020 World Championship road race at Imola. There, only the strongest of riders were able to survive. Six out of 177 entrants were involved in the final bunch sprint.

Van Aert the one to watch

On that day in Imola, Julian Aliphillipe crossed the line first and it’s a real shame he won't be representing France at the Games this year, choosing instead to prepare for this autumn’s Worlds.

Second though was Belgium’s WOUT VAN AERT, who is now second favourite for gold in Japan.

Van Aert has to be one of the most accomplished cyclists in the peloton. He arrives at the Games in blistering form, his three stage wins at this year’s Tour de France each vastly different from the last. Stage 11 had a similar profile to the Olympic route, a mountainous ride with a late descent and final flat section.

Stage 20 was a time trial and stage 21, well that was to deny one of the greatest sprinters of all time in Mark Cavendish on the Champs-Elysees.

Van Aert is a rare hybrid, able to keep up with the true climbers, before destroying them in the final sprint.

He will be watched intently by his competitors, monitored for any sign of weakness. The moment he looks out of sorts he’ll be attacked. If you haven’t dropped him by the finish, you’re in trouble.

Luckily for the 26-year-old, and rather unfortunately for everyone else, the man who has won the prestigious Milan-San Remo and Amstel Gold Race one-day events in the past 12 months, has one of the strongest teams around him to help.

This year, Belgium boasts the likes of Tiejs Benoot, Mauri Vansevenant, Greg van Avermaet and Remco Evenpoel in support roles. Van Aert is in form and I’ll be backing him at an incredible 7/4 to win a medal. I’d also urge you to consider him at 5/1 to win gold, although there is one major stumbling block: Slovenia.

I made the mistake of not tipping TADEJ POGACAR in my Sporting Life Tour de France preview. I won’t be passing up on him again.

The only man who had a better Tour de France than van Aert and Cavendish was Pogacar, who obliterated his competition on the way to a second yellow jersey.

The 22-year-old also won three stages - two very similar to the Tokyo course in the final week - and claimed the youth and king of the mountains jerseys for good measure.

The Slovenian just can’t stop winning, whether it’s over three weeks across June and July or in one-off showcase races. He won this year’s Liege-Baston-Liege, sprinting away from Alaphilippe and Alejandro Valverde, two riders famed for their mean finish. 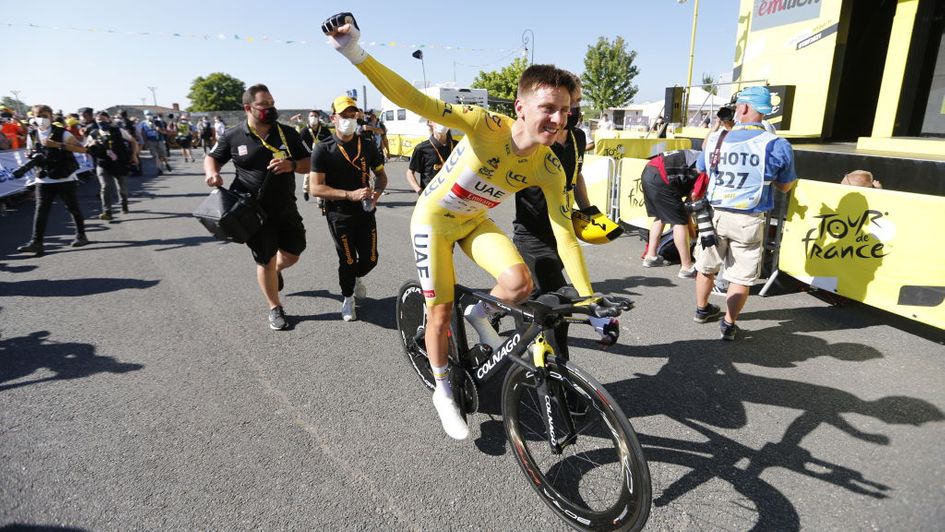 At 7/2 Pogacar is the favourite, with a chance to emulate Bradley Wiggins by wearing yellow in Paris and gold at the Games. And yet I’m still just a little hesitant to back him outright. The reason: PRIMOZ ROGLIC.

Slovenia has two of the top three contenders with Roglic and Pogacar a fearsome duo on the start line. The problem is, they can’t both be winners.

If either one of Slovenia’s medal hopes is able to shelter the other from headwinds and chase down pesky rivals on their behalf, their countryman will be fresher for the final kilometres. If they both work for themselves, they’ll both be too tired to stay in contention.

The question is, who will be the dedicated leader? Pogacar is the man of the moment, but Roglic will be the fresher of the two having had time to recover from the Tour de France after pulling out with an injury in the first week.

And 31-year-old Roglic is no mug at one-day races either. He won 2020’s Liege-Baston-Liege and was runner-up at this year’s La Fleche Wallonne. He’s third favourite to be Olympic champion for a reason.

With Slovenia keeping their tactics close to their chest, the percentage play is to simply back both. A Slovenian to win gold at 19/10, the price you'll get by splitting stakes proportionately across the two, is far too tempting to pass up.

There are plenty of outsiders that take my fancy, none more so than BAUKE MOLLEMA who I’m stunned to see as long as 50/1 to win gold and 12/1 to collect a medal.

At 34 years old, the Netherlands rider is well-known to most cycling followers. His resume includes a top 10 general classification finish in the Tour de France, a podium at the Vuelta a Espana and a fine win at the Giro di Lombardi in 2019, one of the sport’s biggest one-day events.

This will most likely be his final Olympics, and I think the course, along with his form, make him a real contender for a medal.

Mollema is another who rode in this year’s Tour de France, saving his best legs for stage 14 a day with well over 2,500 metres of climbing. He got in the right break and took advantage of some indecision from his fellow riders to descend clear with 42km to go.

He had already come to my attention three days earlier in the Alps, finishing third behind the unbreakable van Aeart. Mollema has prepared for the Olympics with two top-three finishes on similar courses with similar opponents weeks before the grand departure. Ideal practice conditions.

And that’s before we mention his great record in East Asia with two Japan Cup wins in 2015 and 2019. At 12/1 to win a medal he’s a steal, even if his prospects of making it gold might just be scuppered by those already mentioned.

What about Team GB?

Finally, we come to Team GB. The Brits, with Geraint Thomas, Tao Geoghegan Hart and Adam and Simon Yates have three grand tour wins between them. But poor performances at the Tour de France suggest this tiring course might be a step too far.

At Le Tour, former champion Thomas' best finish was 10th on stage one while ex-Giro d’Italia winner Geoghegan Hart came no higher than the 35th he managed on stage eight. Simon Yates’ best was a sixth on stage eight, although he was almost three minutes behind the winner.

If you want a Brit to look out for, I’d suggest Adam Yates, who was absent from the Tour de France despite some notable results in the first half of the year.

The Bury-born cyclist won the seven-stage Volta a Catalunya in March, thanks to a brilliant mountain win on stage two, and finished second at the UAE Tour in February just 35 seconds behind Pogacar.

He’s 25/1 to win gold and 5/1 to claim a medal, although the fact he hasn’t entered a professional race since April provides more questions than answers.