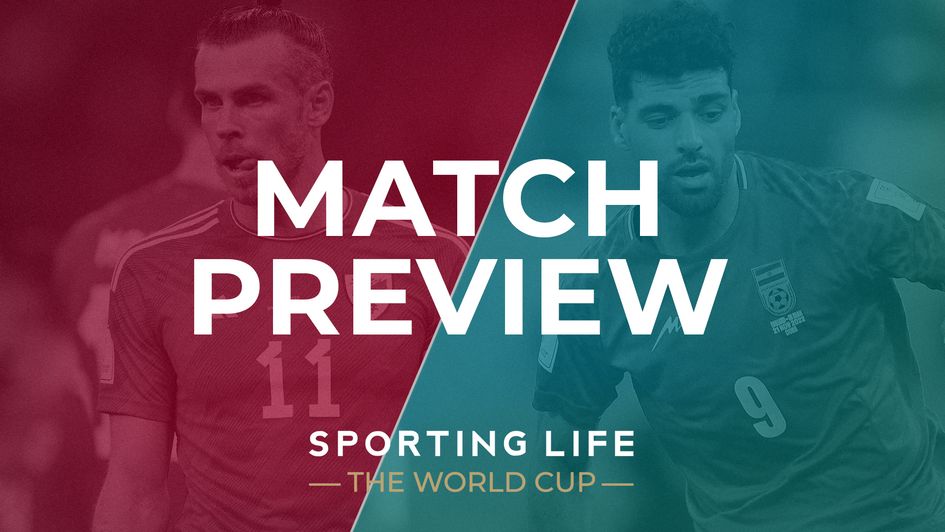 Wales look to build on their draw with the USA when they face Iran in their second World Cup group game. Joe Townsend picks out a best bet.

Wales' first World Cup fixture since 1958 was something of an anticlimax for the opening 45 minutes of Monday's meeting with the USA as Rob Page's side looked lost, limping to the break 1-0 down.

The Wales' manager's half-time substitution, replacing Daniel James with Kieffer Moore, was an acknowledgement that his error in team selection had played a major part in those struggles.

That proved to be the catalyst for a fightback as the dynamic of the match changed and Wales ultimately earned a deserved point.

Unsurprisingly, Gareth Bale was the protagonist by winning and converting a penalty. On reflection, it pretty much went to script then.

That draw leaves the battle for qualification from Group B very much in the balance.

While Iran undoubtedly face an uphill task after their 6-2 thrashing by England - they now must avoid defeat against Wales to have any hope of reaching the knockout stage - bizarrely it could be the Dragons who are more in need of victory on Friday morning.

Realistically, the Welsh will want to avoid heading into their final group game against England potentially needing all three points to qualify.

With Moore expected to start up front, Wales should be much more of a threat in attack and generally a better functioning team than on Monday. Chances will come against a poor Iran defence.

But they look a touch short to get onside, with the 1X2 best avoided. Instead BOTH TEAMS TO SCORE looks like a runner once again.

A winner in our USA v Wales preview at a general 11/10, the comfortably longer price should be backed for this contest.

Iran may have been fortunate to score twice against England but they did show flashes in attack, hitting the crossbar with a superb late chance.

Wales rarely looked comfortable in defence against the USA and have now kept just one clean sheet in their last 12 fixtures.

Given the context of the match, and the standout price, backing both teams to find the net is advised.