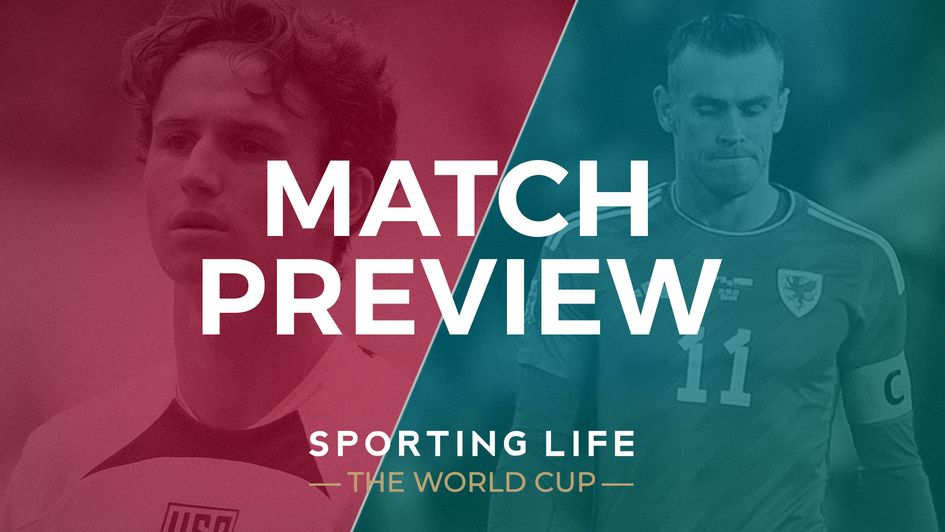 Wales’ first World Cup since 1958 commences against the USA at the Al Rayyan Stadium. James Cantrill previews the match picking out his best bet.

Only three places separate these two nations with USA ranked above Wales in 16th and this slight gap is reflected by the odds with the Stars and Stripes marginal favourites at 13/8.

The consensus in the American camp is that they have a genuine chance of qualifying from Group B, a result in the opener is paramount though.

With the likes of Christian Pulisic, Weston McKennie and Giovanni Reyna amongst their ranks, their squad does have a whiff of a golden generation, that being said, it is difficult to split them and Wales.

USA only lost three of their 14 games during their CONCACAF qualifying campaign and boasted an impressive defensive record only shipping 0.71 goals per game.

BTTS only clicked in 36% of those clashes, which at first glance does not bode well for this selection, however, they conceded in over half of their games, which is alarming considering the calibre of teams they faced.

Canada, Honduras, Panama, Costa Rica and Jamaica all found the net against Gregg Berhalter’s side and considering that none of those nations rank inside FIFA’s top 30, it does not cover USA’s defence in glory.

Wales trump those five countries in those rankings, sitting in 19th on that scale and boast the impressive attacking pedigree of Gareth Bale, Aaron Ramsey, Brennen Johnson and co.

Wales recent tournament success has been built on unity, yet the Dragons have never had the tightest of defences.

There was a distinct lack of goals during their Euro 2020 campaign as unders clicked in each of their three group games.

At odds against across the board, BOTH TEAMS TO SCORE has got to be a play here.

KIEFFER MOORE’s cards per 90 average differs quite drastically depending on if he represents his club or country.

Over the course of his club career, he has accumulated 28 yellows and three red cards in 299 domestic appearances and for his country, he has racked up 11 cards in 28 appearances.

That is a card per 90 average of just 0.14 at club level and 0.55 for his country, a staggering difference and based on the latter, anything over 2/1 for him to be SHOWN A CARD represents value on Monday. 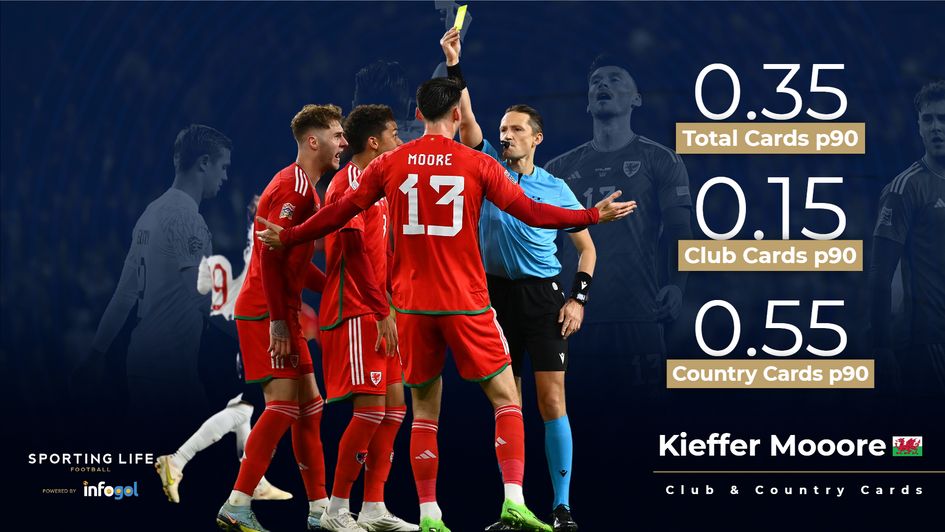 There must be a few contributing factors to the card worthy nature of his international performances.

Moore has played the vast majority of his club career in the football league where referees more often than not turn a blind eye to his physical approach, on the international stage, the officials do not take as kindly to his flailing elbows.

Wales’ contain and counter also can often leave Moore isolated upfront as well, at the 2020 Euro’s he was carded twice in three starts.

ALSO READ: Our best bets from every game n every day of the World Cup