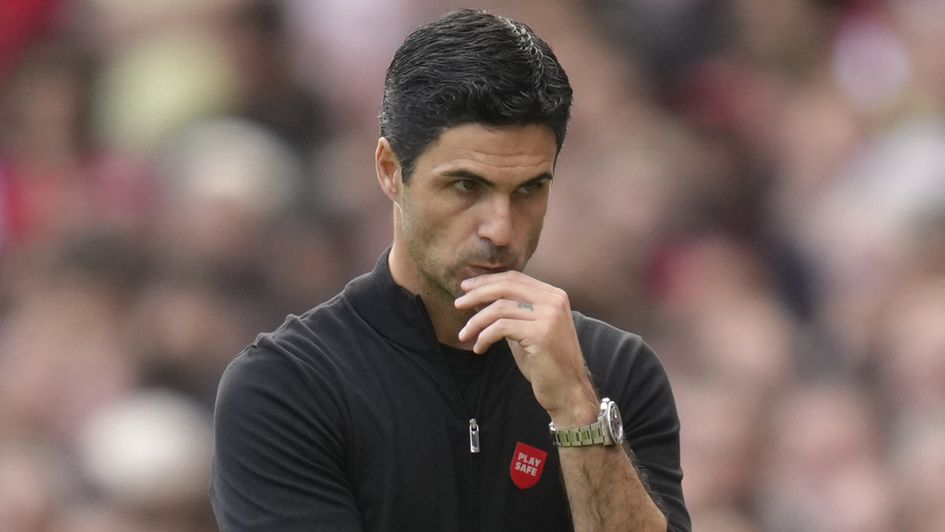 Transfer window: What every Premier League club wants in January

With the January transfer window about to open, Ed Stratmann takes a close look at what is on each Premier League club's shopping list while also trying to assess the strengths and weaknesses of each team ahead of the next month.

The first issue Arsenal will want to address is finding a replacement for star striker Gabriel Jesus, who's set to miss three months after getting injured at the World Cup. The likes of Matheus Cunha (seemingly off to Wolves), Joao Felix and Marcus Thuram have been linked.

Bringing in midfield reinforcements appears to be on the agenda too, as they're reportedly monitoring Argentina stars Alexis Mac Allister and Enzo Fernandez, plus Palmeiras star Danilo and Leicester's Youri Tielemans.

The ongoing rumours surrounding Shakhtar's Mykhailo Mudryk also persist in what looms as a fascinating window for the Gunners. 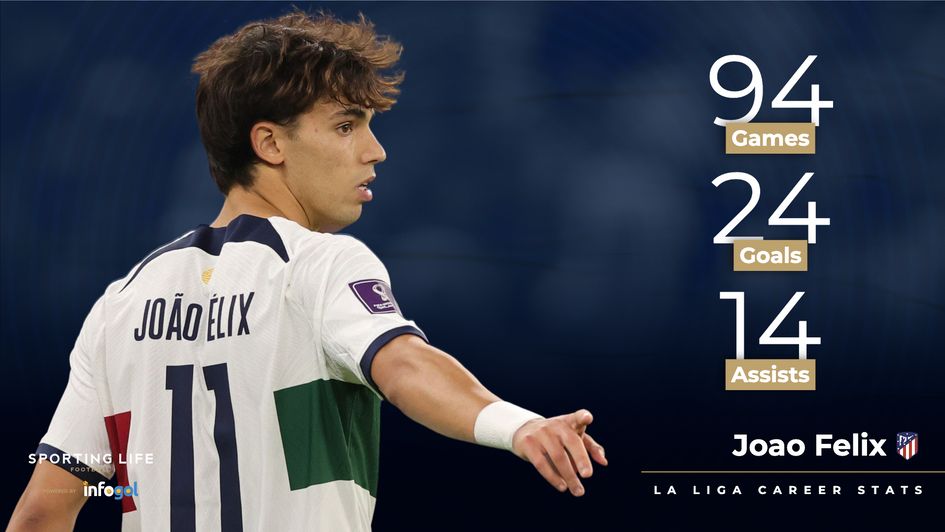 Arsenal and Aston Villa have been linked with Joao Felix

Expected to have the club's financial backing for his first transfer window at Villa, it'll be intriguing to see how new boss Unai Emery approaches things in January.

Already reports have emerged linking him to a host of his former Villarreal players in his quest to reshape the team in his image, as the likes of Arnaut Danjuma, Pau Torres, Samuel Chukwueze, Yeremy Pino and Nicolas Jackson have been mentioned.

Villa have even shown an interest in making a shock push for Joao Felix, as Emery appears set to bolster his team in all areas.

Currently sitting 14th in the Premier League after a positive start, the Cherries will be looking to strengthen in January to give themselves every chance of avoiding the drop, especially after their recent takeover.

Manager Gary O'Neil has even stated four or five new signings would be ideal, with attacking and defensive captures probably top of the list. 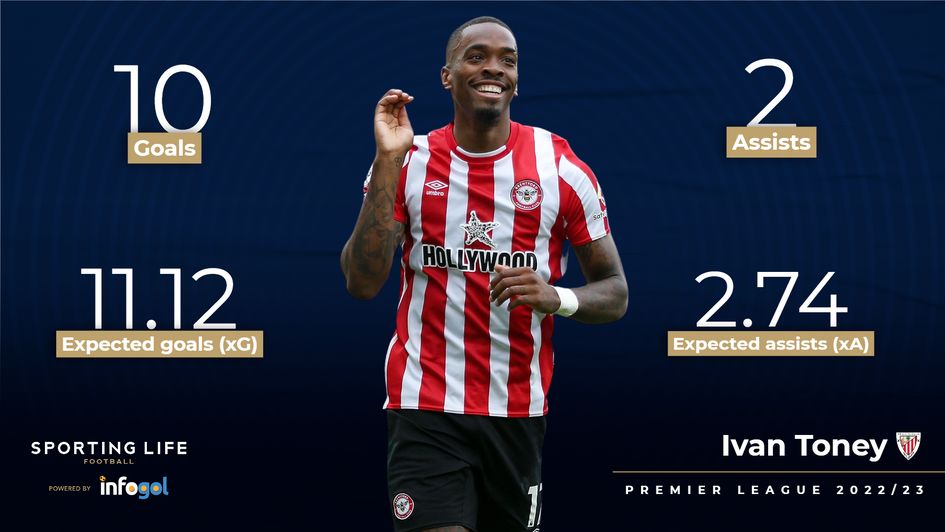 Having already defeated both Manchester giants and sitting comfortably in 10th, there's not many glaring weaknesses in Thomas Frank's collectively strong outfit when everyone is fit.

But injuries to key defenders, Pontus Jansson, Kristoffer Ajer and Aaron Hickey might force their hand in January to bring in cover in this area.

With Roberto De Zerbi settling in nicely so far and inheriting a terrific squad from Graham Potter, Brighton will probably aim to beef up their squad depth all over, but especially in terms of their defensive and striking ranks.

The Italian mentioned he'll be holding further talks with the club to discuss his plans, but with injuries to the likes of Danny Welbeck and Adam Webster, plus World Cup winner Alexis Mac Allister being granted two weeks off, he'll be keen to bring in some extra bodies sooner rather than later.

Although they've got a stacked squad littered with talent, recent injuries to Armando Broja and Wesley Fofana will in all likelihood see them keen to add to the team both in defence and attack.

Moreover, with them languishing in eighth and needing a strong second half of the season, it's understandable new signings are being looked at.

At this stage, a nice blend of big names, some of former Graham's Potter players at Brighton and exciting talents have been rumoured, with Youssoufa Moukoko, Alexis Mac Allister, Moises Caicedo, Leandro Trossard, Josko Gvardiol and Joao Felix all mentioned as possible captures.

Potter's main target will be to get his attack firing. 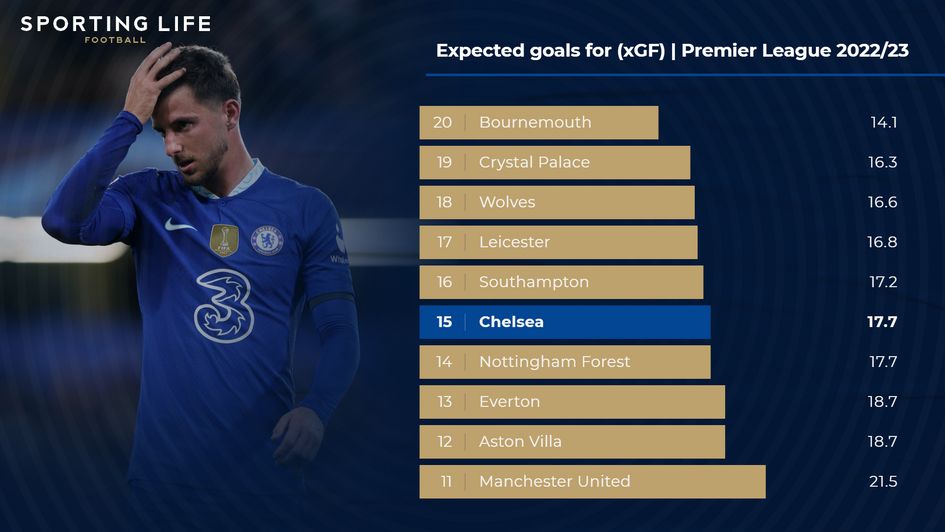 Eager for improvement on the defensive end, most notably at right back, this might be an area Patrick Vieira looks to strengthen in January.

Having recently stated his Eagles have a long way to go in this regard as a collective following a friendly loss to Napoli, speculation surrounding a return of former star Aaron Wan-Bissaka would be a fine place to start to complement their excellent central defensive duo of Joachim Andersen and Marc Guehi, and gifted left-back Tyrick Mitchell.

Talented 22-year-old Sacha Boey, who plies his trade for Galatasaray, has also emerged as a target in this slot.

They also appear to be hunting for more offensive firepower if reports are to be believed, for Ismaila Sarr, Antoine Semenyo and Terem Moffi have been touted as legitimate options to arrive.

Hovering just above the relegation zone after winning just once in their last eight league matches, Frank Lampard's aim is to bring in some attacking quality, as their scoring issues have certainly been no secret.

While names such as Matheus Cunha, Ben Brereton Diaz, Boulaye Dia, Nicolas Jackson, Niclas Fullkrug and versatile attacker Mohammed Kudus have all been linked, but nothing has been finalised yet.

Occupying ninth in the table and playing some great football, Fulham will be keen to dip into the market as they look to keep things going in the right direction.

Struggling to keep out opponents, defensive acquisitions appear to be the order of the day for Jesse Marsch's Leeds.

Apparently keeping tabs on Aaron Wan-Bissaka, Ivan Fresneda and Fabiano Parisi, these men would definitely prop up the Whites, who have conceded the joint-fourth most goals in the league.

Seemingly taking the approach of wanting to better their squad all over, Leicester have been connected with some interesting options in the form of Jeremie Boga, Micheal Keane and Moroccan World Cup star Azzedine Ounahi.

Only time will tell what business they can get over the line, but manager Brendan Rodgers will just be happy to get some deals done after a passive summer window. 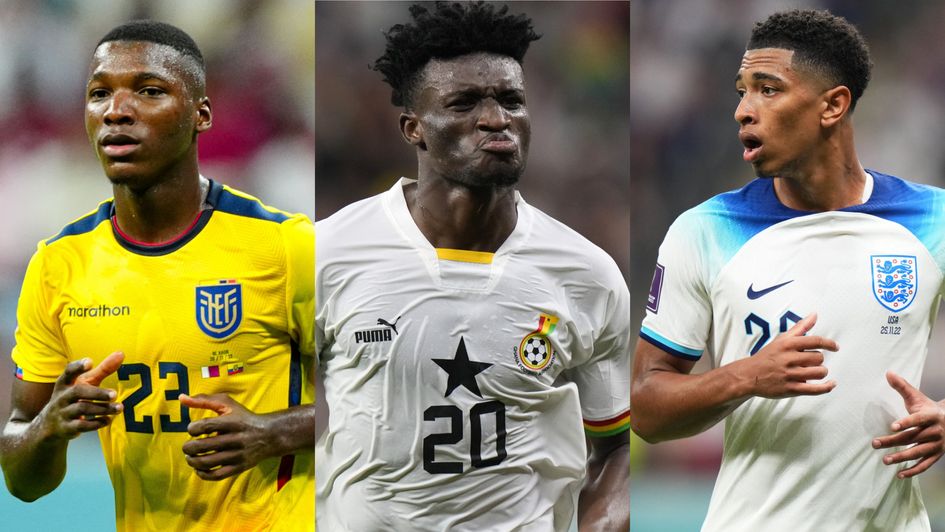 Moises Caicedo, Mohammed Kudus and Jude Bellingham have all been linked with Liverpool

Stating they'd only make moves if the conditions are right, it appears the criteria has been met to chase star midfielder Jude Bellingham's signature.

With their midfield and attack in need of some depth due to injuries, some other potential signings are Enzo Fernandez, Sofyan Amrabat and Youssoufa Moukoko.

Despite having a sensational squad that's bursting with quality all over, this hasn't stopped City being credited with an interest in Bukayo Saka, Jude Bellingham, Rafael Leao, Josko Gvardiol and Alessandro Bastoni to supplement the strong squad Pep Guardiola already has at his disposal.

While they'll be in no rush, if the timing and deal is spot on, City could definitely pull the trigger if need be, especially if the race for Bellingham or Gvardiol heats up.

Typically always linked with a plethora of targets every window, it appears Erik ten Hag has his heart set on at the very least bringing a forward in after Cristiano Ronaldo's high profile departure.

Who that is remains to be seen, but it seems the likes of Cody Gakpo, Mohammed Kudus, Joao Felix or Marcus Thuram are the most likely at this juncture.

It really would be no surprise to see Ten Hag turn to the Eredivisie once again, with Gakpo most likely to arrive. 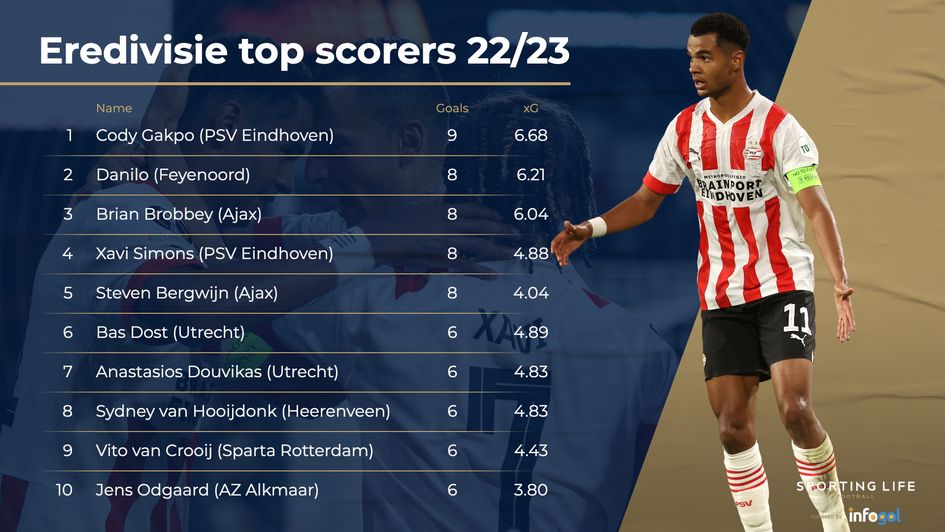 Although Newcastle have already confirmed the signing of Australian star Garang Kuol, it'll be fascinating to see if the big spenders will look to add James Maddison - heavily linked since as far back as August - to boost their midfield ranks now.

With manager Eddie Howe recently acknowledging January is an especially tough window, the Magpies faithful will have to wait and see how it pans out for their high flying team.

Maddison would be some statement signing though. 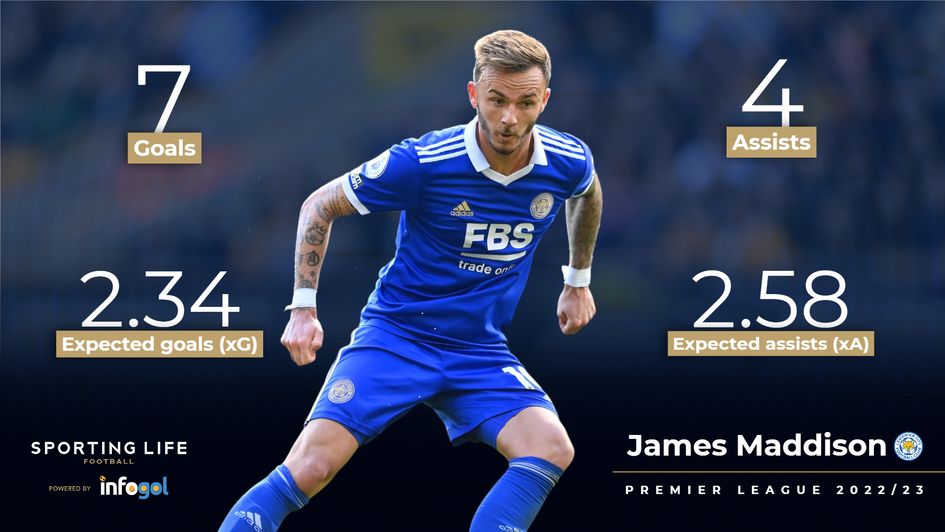 Having bought in 23 players in the summer window following their promotion, president Evangelos Marinakis has said he expects two more additions in January.

With many calling for the defence to be bolstered and the midfield added to, Iliman Ndiaye, Jefferson Lerma and Lassana Coulibaly are some of the players linked already.

Enduring a torrid campaign so far that sees them languishing in the bottom three and with Ralph Hasenhuttl having departed and been replaced by Nathan Jones, the January window looms as a key period for the Saints.

In desperate need of goals and to bring in some attacking firepower, the fact they’ve only found the back of the net 13 times in 15 matches underlines this aptly.

Although they were keen on Benfica maestro Goncalo Ramos and PSV Eindhoven dynamo Cody Gakpo, these deals appear undoable following their tremendous efforts at the World Cup, which has left them to battle it out for the likes of Matheus Cunha and Ryan Fraser to add to their attacking armoury. 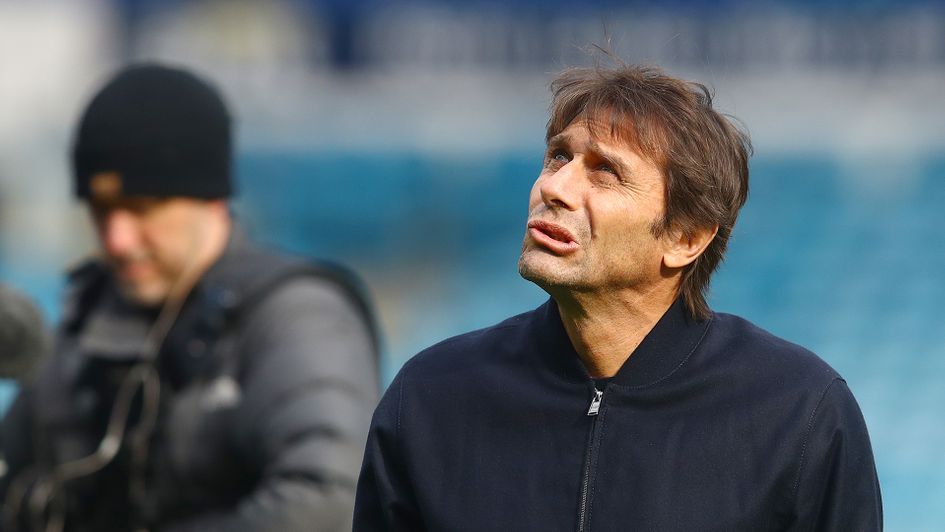 Known for being particular in the players he wants to bring in, the topic of transfers with Antonio Conte is always an entertaining one.

With all this in mind, it’ll be captivating keeping track of their January dealings, for all the signs are there that they’ll be one of the most aggressive clubs in England.

Even though West Ham have already secured young Brazilian defender Luizao, David Moyes has stated he doesn’t expect the Hammers to be active in January due to them already bringing in nine new faces in the summer.

While he didn’t completely rule it out, it would seem they’d only get busy if injuries were to occur despite them sitting just above the drop zone.

If reports are to be believed, Wolves have kicked off their window with a bang by signing exceptional Brazilian forward, Matheus Cunha, who was linked with a host of clubs across the continent.

A real coup for the club, if accurate, the deal is a fantastic piece of business and one which should go a long way towards addressing their terrible record of scoring just eight league goals so far this season.

New manager Julen Lopetegui will now focus his attention on moulding the team in his image, with big names like Isco, Aaron Wan-Bissaka, Marcos Acuna and Felipe all linked in their quest for an improved 2023. 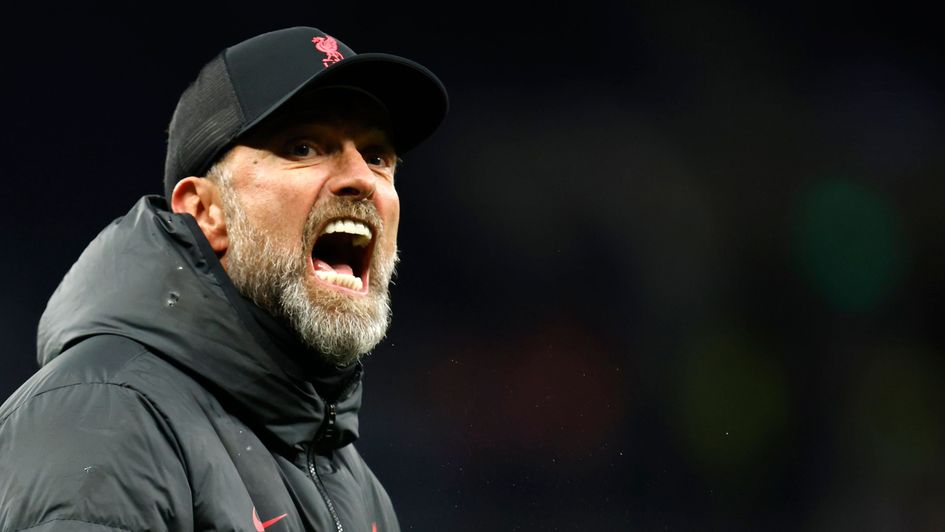 ALSO READ: Can Reds save season in January?