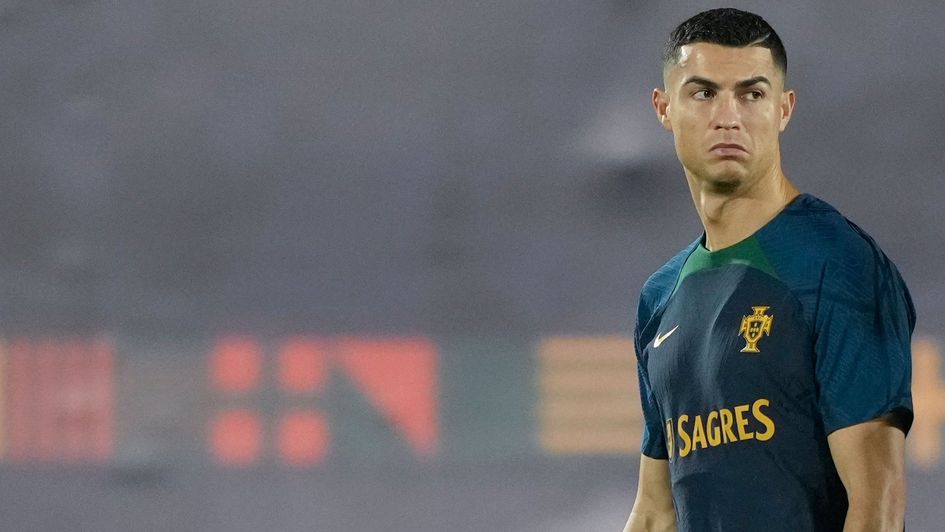 Cristiano Ronaldo: Are Portugal better off without him?

It's a subject that once wouldn't even have been a debate in Portugal, rather a question of sacrilege: should Cristiano Ronaldo start at the World Cup?

With his spell at Manchester United over following an explosive interview that hit out at the club's hierarchy and subsequent cancelling of his contract the focus now turns to his international career.

For several tournaments staff and squad members harmonised as one on the matter – for them, it wasn’t a question. Now they recognise that the end is approaching rapidly. Admitting Portugal’s national team is no longer Ronaldo plus 10 is now okay.

It has been a tough season so far for international football’s highest-ever goalscorer. The return to Manchester United has not quite worked as either party hoped or imagined, and Ronaldo’s keenness to bring the whole sorry episode to an end - unsuccessfully, as it turned out - has cast a shadow not only over the opening part of United’s season but over the World Cup which is likely to be his last.

A side in transition

Once upon a time such a run of form - if indeed we can recall something comparable in Ronaldo’s years of plenty – would have been dismissed as a blip. His majesty was indisputable, and undisputed in his native land. Portuguese football tightened the circle around him and offered no criticism, or any opinion that challenged his omnipotence. 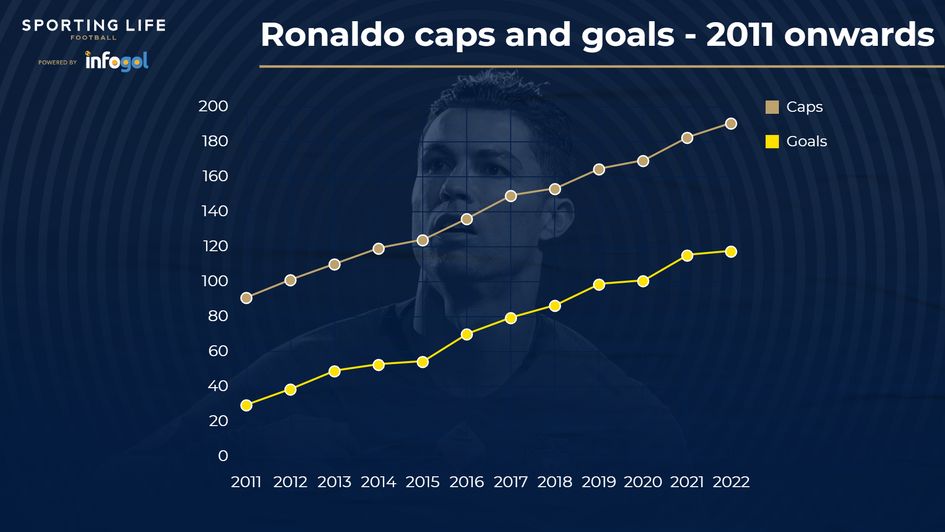 Things have begun to change. In the wake of the dizzy Euro 2016 victory in Paris, Portugal’s squad evolved.

The safety-first containment strategy had to morph into something more expressive - not always for the good of results, it has to be said - due to the emergence of a talented generation led by Bernardo Silva and Bruno Fernandes, players who might have struggled to be fitted into Fernando Santos’ circumspect strategy of six years ago.

The production and introduction of greater flair has forced an evolution.

Adaptation hasn’t always been easy. Fernandes is perhaps the best example of this, a player who thrived in the refined air of the Premier League from the first time he pulled on United’s red shirt in February 2020.

He and Ronaldo haven’t readily clicked together for Portugal, with the midfielder needing to set the tone for the team – which hasn’t always been compatible with the previous aim of feeding their voracious centre-forward. 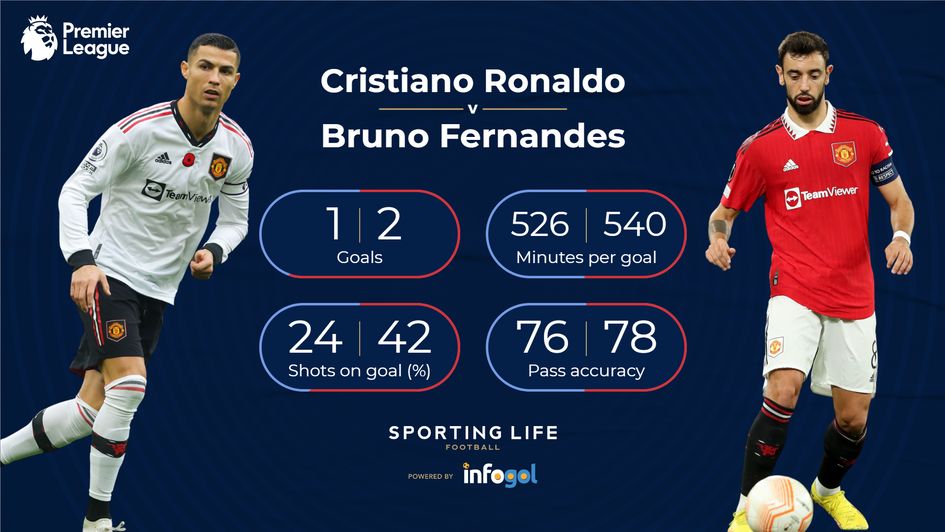 In recent matches for the national team they have dovetailed together more elegantly, perhaps due to working together at Old Trafford and possibly also due to the fact that sending everything through Ronaldo is no longer the plan.

Fernandes’ need to lead on the field - and Portugal’s desire for him to reproduce his United form on the international stage - was one of the elements that prompted Portuguese football society, fans and media alike, to think beyond the Ronaldo era, although Santos had arguably already set the table for it.

His tactics for Euro 2016 – reduce the amount of running Ronaldo needs to do, taking into account his fitness issues of the time, so he can concentrate on being potent in the penalty box – may have catered to his skipper. But they also recognised he was changing force, needing to be provided for rather than a catch-all solution who could figure it out all on his own.

If the idea of moving forward without Ronaldo is something that Portuguese football culture is finally open to though, there is still a question of if whether is desirable.

His is a gradual, natural decline – his form hasn’t fallen off a cliff overnight, which is exactly why this realignment in his status in Portugal has come to be accepted – and he wasn’t Best Ever Cristiano at last year’s Euros. But still, he managed to score five times in the group stage before Portugal bowed out against Belgium in the last 16.

Plenty of providers for Ronaldo

A reduced involvement in the game at large doesn’t necessarily equal a reduced level of penalty box instinct, and from Bernardo to João Cancelo and Raphaël Guerreiro, Santos has a plethora of players who can provide for Ronaldo.

Should there be any doubt as to the coach’s intentions, it is instructive that he played Ronaldo in every minute of the team’s two games against Czech Republic and Spain in the last international window, presumably in a big effort to get him the minutes he hasn’t seen at United, and to try and make light of his disrupted pre-season (a similar scenario to the one which put the skids on his presumed nemesis Lionel Messi’s first season at Paris Saint-Germain).

If his club won’t whip him into match-ready shape, his country may have to instead.

There is also the question of replacements. There is no name leaping out to replace Ronaldo. 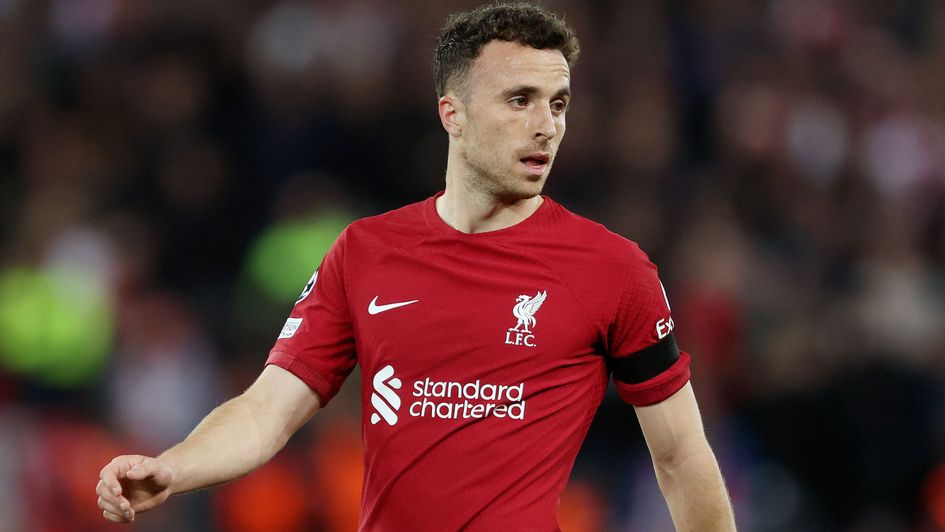 The absence of Diogo Jota leaves Portugal short up front

Andre Silva has found the going tough since joining RB Leipzig, and the presumed chosen one Joao Felix has had a difficult season to date at Atletico Madrid, slipping as low as fifth in Diego Simeone’s attacking pecking order at points. Rafael Leao’s future is as a wide forward, not a central one, while the excellent Diogo Jota is out of the tournament completely, lost to injury.

So not only will Ronaldo start when Portugal face Ghana on November 24th, but he should. Santos is often beaten with the same stick at home in Portugal as Gareth Southgate in England’s various phone-ins, accused of sticking with his favourites rather than picking on form, but that is the vast majority of international coaches for you. The familiar is useful.

Ronaldo still has more than enough credit in the bank to deserve his coach’s faith, and he has the team around him to provide the chances for him to silence his critics once again.