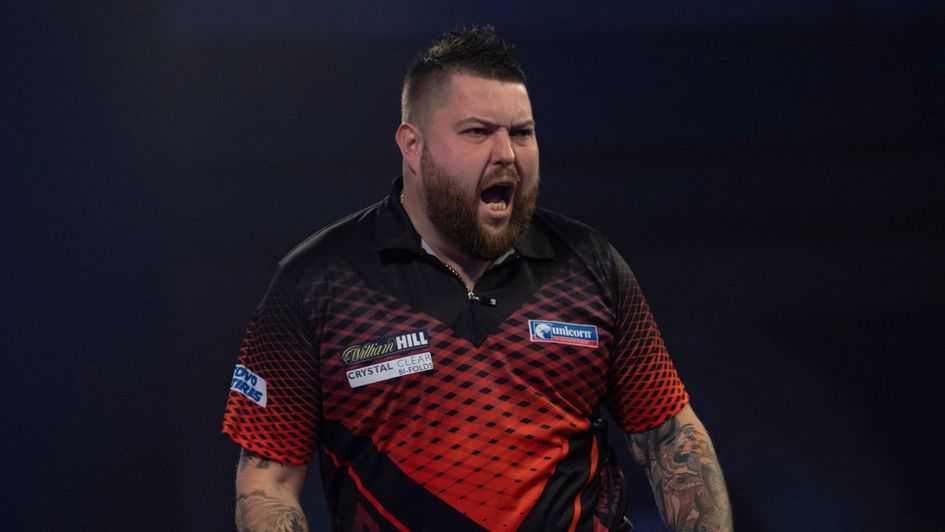 Michael Smith claimed his first title of 2021 with victory over Ross Smith in Sunday's Players Championship 10 as PDC Super Series 3 continued in Niedernhausen.

He followed up a trio of 6-3 wins - against Geert Nentjes, Luke Woodhouse and William O'Connor - by averaging a sensational 114.5 in defeating Premier League joint-leader Dimitri Van den Bergh 6-2 in the last 16.

Smith then saw off Martin Schindler 6-3 in the quarter-finals before overcoming Aaron Beeney 7-4 in the semis, and eventually took victory in the final by the same three-leg margin.

Michael Smith reigns supreme at Players Championship 10 after sealing his 13th PDC title with an 8-5 victory over Ross Smith in the final!

The opening ten legs of the final were shared as both Smiths held throw on five occasions, with Ross taking out a 104 finish as well as a 13-darter and a 14-dart finish.

He was then denied a chance to break when waiting on 40 in leg 11 as Michael took out 130, before the former World Youth Champion followed a 180 with a 90 checkout for a 12-darter in the next to claim the first break and a 7-5 cushion.

Hear from today's winner, Michael Smith after he clinched the title at Players Championship 10... pic.twitter.com/9o6Q3MnZo2

Michael Smith then posted his fifth 180 of the game to be first to a finish in leg 13, and held his nerve on double ten to close out the win.

"It's great to get the win," said the St Helens star. "Ross played well in the final, but the 130 finish was important and then I left 90 in the next leg and took it out for a 12-darter. I knew then that it was game over"

Having not been selected for the 2021 Unibet Premier League, Smith admitted he had additional motivation going into his tie with Van den Bergh.

Ross Smith followed up four quarter-final appearances on the circuit in 2020 with his best-ever run on the PDC ProTour, also producing some brilliant darts during the day.

He averaged 105 in a 6-1 win over Danny Noppert, and over 98 in the quarter-finals and semi-finals as he saw off Jose de Sousa and Berry van Peer respectively.

Saturday's Players Championship 9 winner De Sousa landed a nine-dart finish during his sensational whitewash of Jermaine Wattimena as he averaged 117 in the last 16, only to lose out in the last eight.

'The Special One' is in the form of his life! 🔥 pic.twitter.com/Caex9xpQLQ

Stephen Bunting also achieved a nine-darter as he completed a second round whitewash of Ron Meulenkamp.

The day was also memorable for semi-finalists Beeney and Van Peer as they reached the last four for the first time in Players Championships.

For prison officer Beeney, it was a mark of his continued progress since winning a Tour Card in 2020 as he enjoyed his best-ever finish on the professional circuit.

The 37-year-old enjoyed wins over former World Champions Rob Cross and Raymond van Barneveld amongst five victories before he lost out to the eventual champion.

PDC Super Series 3 continues on Monday from 1400 local time (1300 BST) with Players Championship 111 on the third of action in Niedernhausen, with coverage to be streamed through PDCTV and bookmakers' websites worldwide.