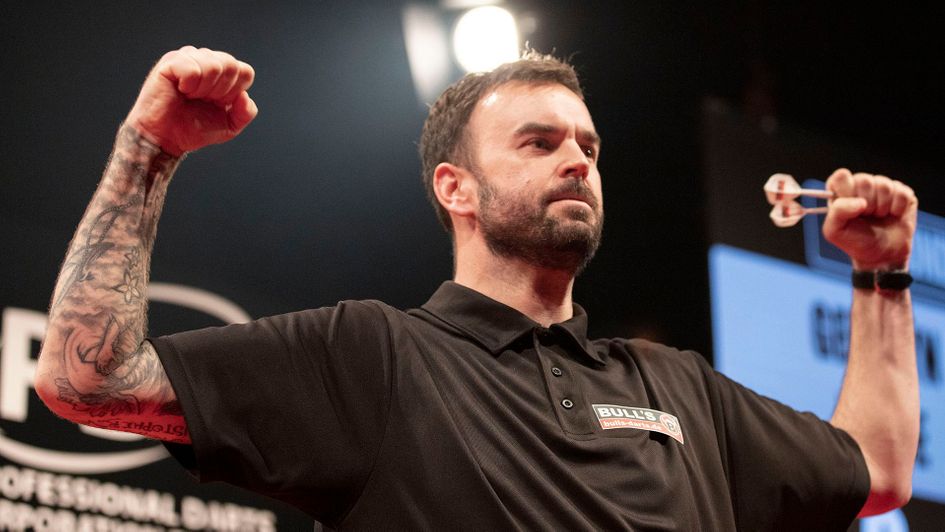 Ross Smith claimed his maiden PDC ranking title at Players Championship 19 in Coventry on Wednesday, ending a seven-game losing run against Brendan Dolan in the final.

A PDC Tour Card Holder since 2012, Smith finally found his way into the winners' enclosure with an 8-4 victory over Dolan, having fallen short to Michael Smith in the Players Championship 10 final earlier this year.

Smith came into the final fully aware of his seven-match losing record against Dolan, statistically his toughest opponent in the field based on previous records.

But the 2019 UK Open quarter-finalist, who claimed wins over World Champions Gerwyn Price and Gary Anderson earlier in the day, finally got the better of Dolan in their first meeting in a final.

Look at the emotion from Ross Smith as he clinches his first ever PDC title after defeating Brendan Dolan 8-4 in the Players Championship 19 final!

The 32-year-old, who will make his Betfred World Matchplay debut later this month, found a seemingly blocked bullseye from a wide angle to land a superb 135 break of throw to take a 4-2 lead.

After Dolan broke back, Smith found the same target two legs later, pinning the bull for a 91 checkout to break throw to regain his two-leg cushion at 5-3.

From there, Smith was able to hold throw before wrapping up victory with a 66 checkout in two darts, making no mistake on his favourite double 18 to wrap up the £10,000 title.

"It feels like it's taken me 50 years, I've been playing that long," Smith joked. "I'm so happy to finally win a title, I'm bursting with pride.

"Beating Brendan is a massive mental hurdle I've overcome today. I know I can beat anyone on my day but what I've always struggled with is the consistency.

"I feel like for the first time in my career I'm starting to beat the big players and then kick on in my next game.

"I hope this can be a breakthrough moment for me. Before this year I had never made a final, I've made two and one won now so there's no reason why I can't make an impression at the World Matchplay."

Already a Players Championship event winner in 2021, Dolan's runner-up placing sees him rise to 31st on the PDC Order of Merit ahead of his seventh World Matchplay appearance later this month.

The Northern Irishman defeated Michael Smith 6-2 with a 109.19 average in the quarter-finals before seeing off Dimitri Van den Bergh, having edged past Raymond van Barneveld 6-5 in the second round.

Premier League semi-finalist Van den Bergh continued his impressive form with the third nine-dart finish of Super Series 5 in his 6-3 defeat of Jonny Clayton in the last 16.

No players in the chasing pack, including the likes of former Winter Gardens runners-up Raymond van Barneveld and Adrian Lewis, were able to enjoy long enough runs in the tournament to close the gap on Dobey heading into the final day before the qualification cut-off.

Van Barneveld would need to win Thursday's £10,000 top prize to secure a Winter Gardens return, while Lewis and Steve Beaton also require victory in Players Championship 20 if they are to maintain their long-running appearance records in the World Matchplay.

Super Series 5 concludes on Thursday at the Coventry Building Society Arena with Players Championship 20, as players return to compete for a further £75,000 in prize money.

Last 16 onwards. For all the results and detailed stats from the Super Series, head to Dart Connect (tv.dartconnect.com/events/pdc)