One Ruler in action at Newmarket

Ballet doesn’t appeal to everyone

The overall profile of 2021 Cazoo Derby favourite Bolshoi Ballet is extremely hard to fault, but the big burning question that strikes me ahead of Saturday’s Classic can simply be boiled down to: is this colt good enough?

We know he’s trained by the Epsom master in Aidan O’Brien; has won the ‘right’ trials on home soil in good times; travels and quickens when asked; looks bound to stay the trip on pedigree; and has coped well with ground ranging from yielding-soft to good. But does his form stack up and really justify the kind of odds the layers are offering?

It’s hard to argue that isn’t at least debatable.

He’s raced once at Group One level and finished fifth of seven, while there are some pretty mixed messages around the subsequent form of his visually striking victories in the Group Three Ballysax and the Group Three Derrinstown, both over 10 furlongs at Leopardstown, this spring.

Derrinstown fourth Fernando Vichi came out to narrowly win a Listed race on Thursday and the fourth home Mac Swiney has obviously given the face-value evidence a very glossy look as he not only won the Irish 2,000 Guineas, but beat Newmarket hero and stable companion Poetic Flare in the process.

Aside from that pair the form looks flaky so if you’re willing to believe the excuses around Mac Swiney, who was said to have been under the weather physically at the time of his Derrinstown seasonal comeback, holes can definitely be picked in Bolshoi Ballet.

The way he was booted clear last time and ridden right out leaves one to wonder if there’s much more improvement left to come on that effort and yet he’s still 2lb shy of Mac Swiney on official BHA figures.

Jim Bolger’s son of New Approach looks a huge threat after Friday's rain changed the going and it's mildly tempting to go in again (Mac Swiney already advised antepost at 20/1) with the Curragh hero, who looks well drawn in stall eight. 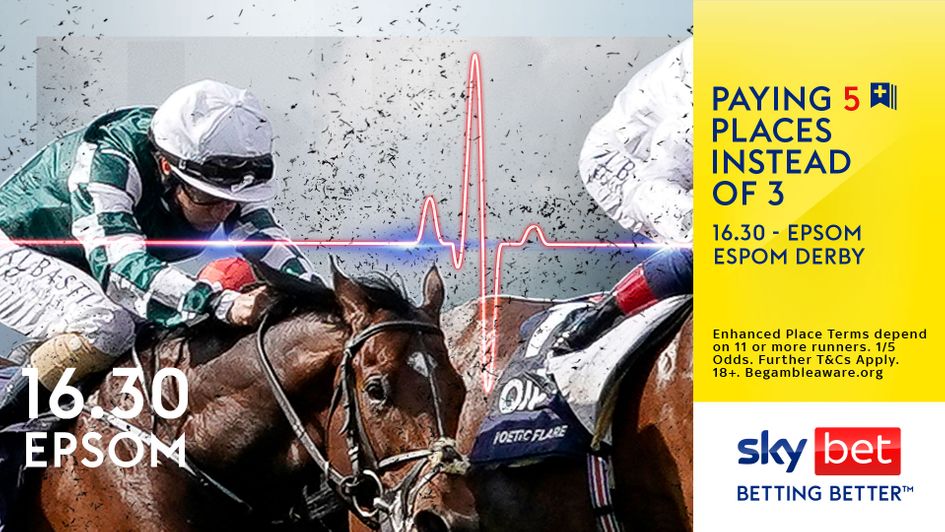 One Ruler set to take command?

But on that basis the value may now lie with ONE RULER, one of Charlie Appleby’s trio, who also enjoys ease underfoot and isn’t badly position either ‘out wide’ in stall 11 (they turn right-handed to begin with, don’t forget).

He ran consistently as a two-year-old and his juvenile form ties in really well with some of the other leading Derby contenders in that he beat Maximal a length and a half in a Sandown maiden, with that horse subsequently beaten a length into second behind Hurricane Lane at Newbury in April, and signed off in October with a narrow defeat to Mac Swiney in desperate conditions in the Group One Vertem Futurity Trophy at Doncaster.

Prior to that he’d beaten subsequent top-class winner Van Gogh in the Group Three Autumn Stakes at Newmarket, form that has worked out quite nicely with the fourth Megallan pushing Hurricane Lane close in the Dante last month.

The Autumn Stakes has a good recent history of throwing up Classic winners as Trading Leather went on to win the Irish Derby and Kingston Hill landed the St Leger, while Persian King beat Magna Grecia (and Circus Maximus) in the 2018 renewal. Throw in Ghaiyyath in 2017 and the roll of honour speaks for itself, so it’s surprising to see One Ruler such a big price for the Derby after the one run since.

His staying-on sixth in the 2000 Guineas had the hallmarks of a horse still quite rusty after Appleby had described him being “slow to come to hand” initially in the spring, and I’m pretty convinced he’s capable of a good deal better than that.

Whether that’ll be over a mile and a half at Epsom is another matter entirely as he’s not got a through-and-through middle-distance pedigree (far from it, Timeform would argue) but he shapes like he needs further and handles the idiosyncrasies of Newmarket so well that it’s hard to envisage the famous Epsom contours causing him any major issues. 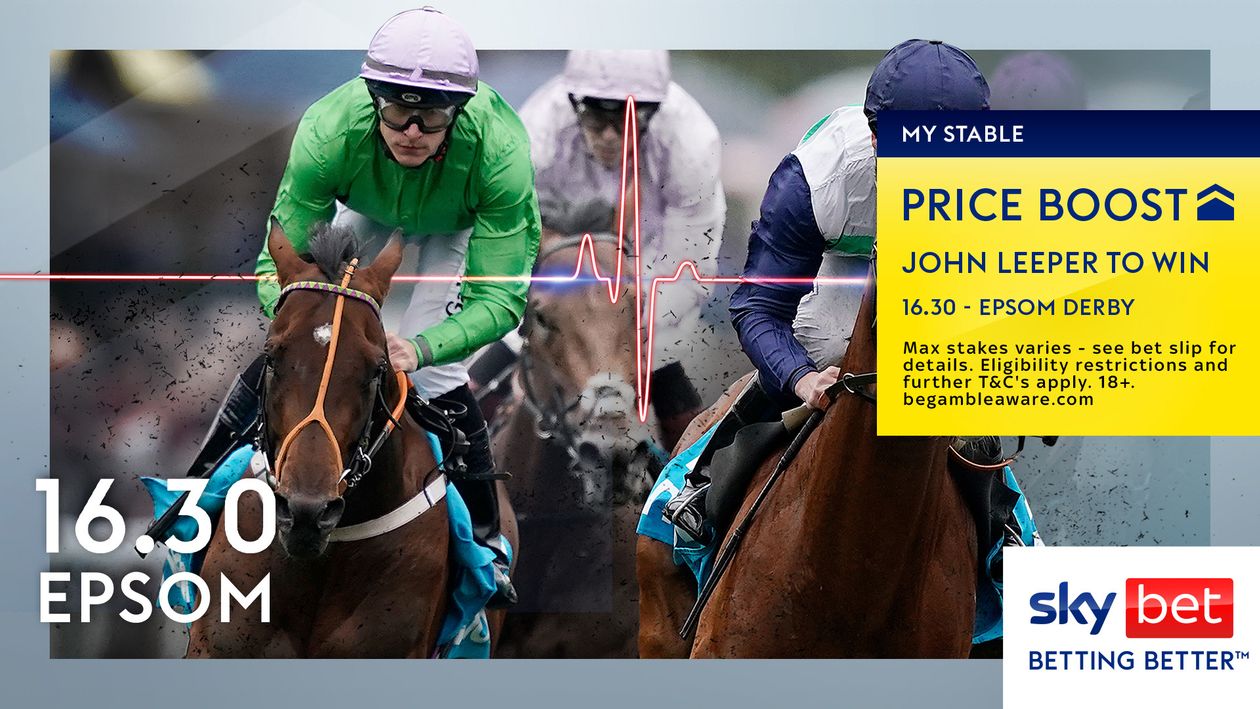 He’ll travel into it better than most, I suspect, and it’s well worth highlighting the fact Appleby’s sole Derby success to date came via Masar, who was a 16/1 drifter on the day based on the fact many (even those closest to him) doubted his stamina for 12 furlongs after a good third in the Guineas.

Elsewhere, Mohaafeth is going to need a lot of luck if held up for a run – in what looks a potentially slowly-run race, relatively speaking – from stall four, while the exciting John Leeper is clearly much better than he was able to show at Newmarket and he was very high on the shortlist before the jockey switches saw his price shorten markedly.

If he’s back to 12/1 and bigger come the off he’ll be hard to resist but a dart at the general 22/1 about One Ruler looks the way to play the race at time of writing. 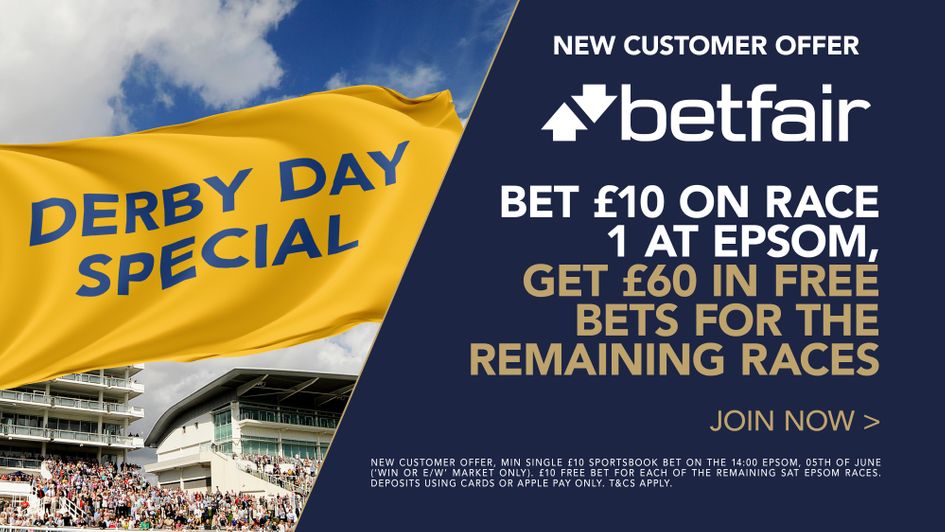 Quinn grey to Lord it up in the Dash

John Quinn’s LORD RIDDIFORD looks the best handicapped horse in the World Pool “Dash” Handicap and I’m surprised there are quite so many horses shorter than him in the market.

He’s always been more than useful, right back to his juvenile days, but like a lot of sprinters he’s found a new lease of life as he’s matured and become stronger, and he’s far from flattered by a current All-Weather rating of 103.

He achieved that mark after beating Moss Gill (108) and Blue De Vega (102) off level weights just two starts ago in a Listed race over five furlongs at Lingfield, so it’s very relevant form, and we can safely ignore the AW Championships Finals day run over six furlongs as this just isn’t his trip.

He also completely blew the start with a bad stumble as the gates opened, which is most unlike him, and after a productive winter on artificial surfaces he returns to turf off a mark of 90.

His last win on the grass was a while ago now at the 2018 Glorious Goodwood meeting but that was off 88 and he’s improved loads since then, while that triumph in Sussex shows he can handle a daunting downhill run which bodes well for the belated Epsom debut.

Quinn’s horses continue in terrific form and Lord Riddiford should get a good sit from stall five being drawn right between out-and-out speedballs Caspian Prince and Ornate. Low numbers have dominated in the past decade and double-figure odds underestimate his clear claims. 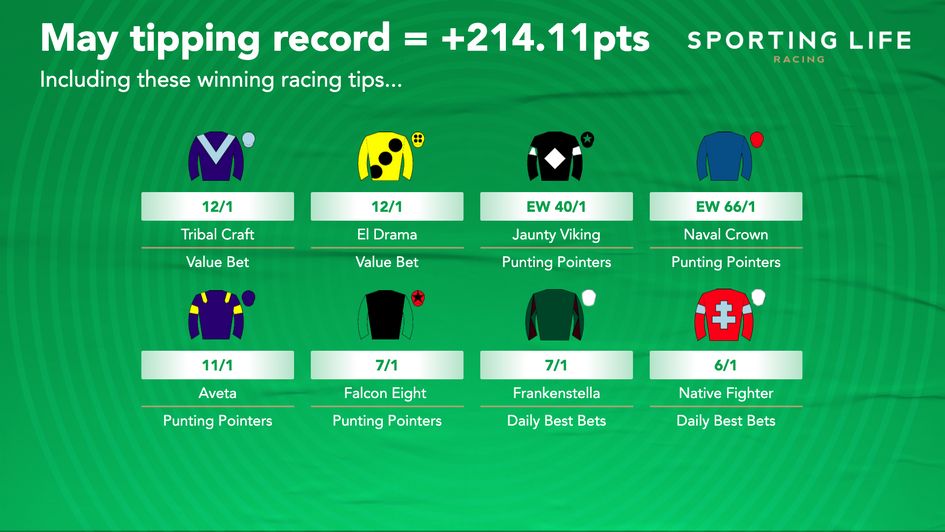 The opening three-year-old-only World Pool At The tote Handicap has been quite kind to those on the lookout for value down the years including winners at 10/1, 25/1, 9/1, 25/1 and 12/1 in the past decade.

All four of the biggest-priced winners were making their seventh or eighth racecourse appearances so being more experienced/exposed shouldn’t be seen as such a negative in this instance, which leads me to a bet on ZHANG FEI, who has yet to win a race of any description but has got six starts under his belt already, including a couple in France.

The second outing across the Channel came on his seasonal debut on April 5, following on from a quietly progressive, four-race juvenile campaign, and the replay is well worth a look if you can source it (see tweet below).

Ridden by four-time French champ Ioritz Mendizabal – as he was when a perfectly sound fifth at the same venue in late-November – the son of Camelot ran a pretty remarkable race. He was atypically slowly away from the stalls, became lit up in the early stages and then got knocked sideways as the tempo decreased before the turn into the home straight.

In spite all of this, Zhang Fei arrived on the scene seemingly going better than anything and may have just about hit the front before his effort understandably flattened out late on, finishing two and a half lengths back in third.

Getting too carried away with a slightly unfortunate Chantilly maiden run would be foolish when it comes to a race as warm as this, for all that the fourth won on his next start, but Zhang Fei really caught the eye again back on home soil at Lingfield last Tuesday.

The tongue-tie, worn once last year but off for both efforts in France, was back in place and the performance was full of promise with middle-distance handicaps in mind this summer.

It left little doubt he’s in need of the 10-furlong trip now – if not even further as the year goes on – as he stuck to the task well without Luke Morris fully going into over-drive in the saddle. He’d have beaten the 79-rated Ebnzaidoon in another stride or two and they’ve clearly rated the race around the Gosden horse, with the winner and second nicely clear and allotted marks of 97 and 89 respectively.

Dropping Zhang Fei 3lb to 79 looks a rare act of generosity from the BHA assessors on that evidence and he now goes handicapping for the first time under David Egan, who is 2-7 for the yard since Paul and son Oliver joined forces (5-28 all told).

The likes of Patient Dream, King Frankel, Freak Out and Camelot Tales have all gone up in the weights, despite three of the quartet being beaten when last sighted, and I’d much rather have a lowly-weighted lurker like Zhang Fei on side at the odds, especially from what looks a near-perfect draw in stall four – the last three winners came from four, two and three. 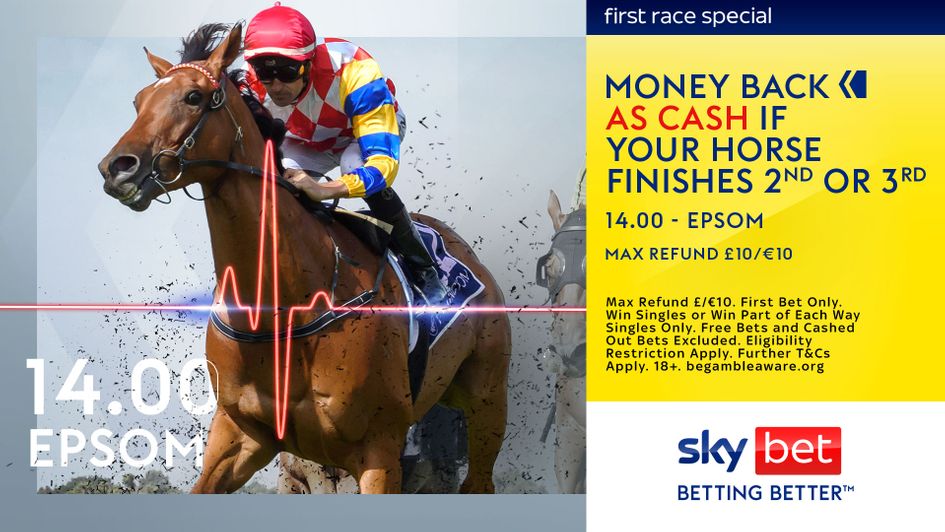 In-form Turner to get tune out of Dow recruit

Hollie Doyle may not be riding at Epsom on Derby day – she’s at Musselburgh – but fellow Group One-winning female jockey Hayley Turner could be able to claim another big day in the sun on outsider CANAGAT in the concluding Cazoo Handicap (for the Tokyo Trophy).

Turner seems to be riding full of confidence again this season and she looks an interesting booking for the horse – another who has been running in France lately - on his first public outing for local trainer Simon Dow, who was among the winners here on Friday.

His new owner likes having runners here too (Mythical Madness had his fourth start at the track on Friday) and Canagat was a good two and three-year-old on these shores for Archie Watson before switching to Francis-Henri Graffard’s stable last year.

He moved to another yard in France after just two runs around the turn of the year for Graffard and while well beaten on his last three starts, including at Lingfield on Finals day, he was third in a small one-mile Listed race at Cagnes-Sur-Mer in February which shows he still possesses plenty of ability.

Headed only in the final 50 yards or so that day, he’s always raced a fraction too keenly for his own good and perhaps a drop right back in trip to sprinting could spark some major improvement.

From a handicapping perspective he’s hardly thrown in, admittedly, but has been offered a little respite having been eased 3lb since the Lingfield run on Good Friday, and he’s now just 6lb higher than when winning on his final outing for Watson last July.

Having a prominent racer on side over six furlongs is never a bad move here given the turn comes up so quickly and, at a wild price, I can’t let him go unbacked given he’s still relatively unexposed.

We are committed in our support of responsible gambling. Recommended bets are advised to over-18s and we strongly encourage readers to wager only what they can afford to lose.If you are concerned about your gambling, please call the National Gambling Helpline on 0808 8020 133, or visit begambleaware.org.Further support and information can be found at GamCare and gamblingtherapy.org.