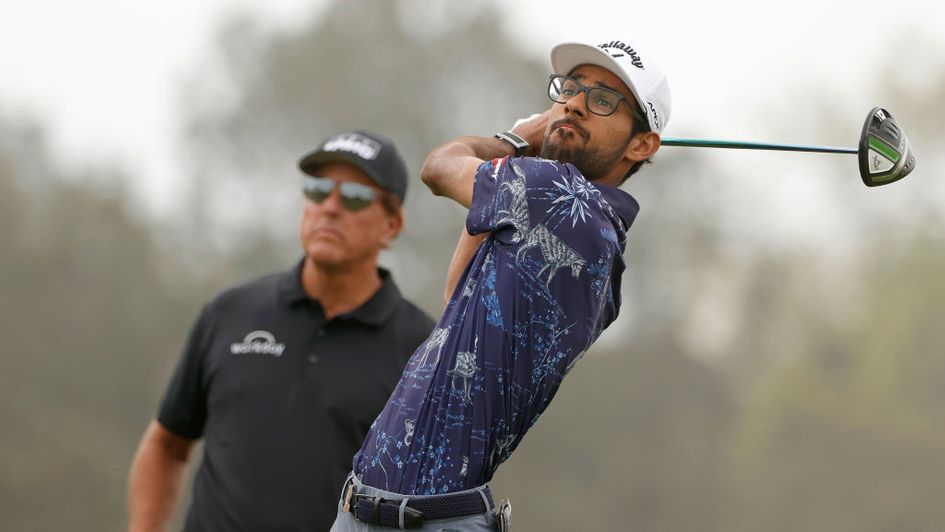 In his final preview before the US Open begins on Thursday, Ben Coley picks out a pair of 250/1 shots in the first-round leader market.

Prior to last month's PGA Championship, I wrote that first-round leaders in majors tend to be fairly obvious. This is the most volatile market the sport has to offer, yet the immediate intensity of the its most prestigious events can work as a filter. Corey Conners, one of the form players of the season, went on to post a brilliant 67 in difficult afternoon conditions, while it was Justin Rose who led once again at Augusta.

The US Open has followed a similar path of late. Justin Thomas led at Winged Foot, Rose at Pebble Beach. Dustin Johnson was part of a four-way tie in 2018, all of them PGA Tour winners, and it was Rickie Fowler who ended the first round of the 2017 renewal at Erin Hills alone at the top. With Ian Poulter and Russell Henley alongside DJ, the borderline unlikely name across this span is Scott Piercy, who had been as high as 25th in the world before a conspiracy saw his ranking tumble.

Widen the lens slightly and there have in fact been two enormously surprising leaders over the last decade, namely Andrew Landry and Michael Thompson. Both teed off very early — they were in fact in the second and third groups out — and if there is to be a surprise on Thursday, it may well come from the morning wave. Torrey Pines' poa annua greens are known to get bumpy during the first day of the Farmers Insurance Open, and the field here is effectively twice the size.

With that in mind I can't resist small plays on two hugely talented youngsters yet to become household names, but probably on a path to doing so. They are SAHITH THEEGALA and AKSHAY BHATIA, and both can be backed at 250/1.

Theegala defied an awful start to his 36-hole qualifier to earn a second crack at this event, having missed the cut in 2017. This time he's playing close to home, at a course he knows really well from several successful trips as a junior golfer, and he gets to tee things off from the very first group on the first hole.

It's of course a big ask to post the round in the sixties we might well need, but he has the talent, and already we've seen glimpses of it. Less than a fortnight ago he was in fact 11th after the first round of the Memorial Tournament and went on to finish a respectable 32nd. In his very first PGA Tour event, again four years ago, he sat eighth at Riviera having opened with an excellent 67.

Sahith Theegala, who's hitting the U.S. Open's first tee shot, won the Junior World when he was 6, 8 and 10.

Missed opportunity to not pair him with Luis Gagne this week. Theegala shot a 7-under 51 to overcome a six-shot deficit to Gagne and win the 7-8 division in 2006.

That's evidence that playing close to home is likely to add a layer of comfort which he doesn't otherwise have, as someone without a PGA Tour card. And there's more: his best round and best finish in a handful of starts came in another California event, the Safeway Open, where he ended the week in 14th.

As for Bhatia, who begins on the 10th hole a couple of hours later, he showed just what he can do with a dazzling 64 on day one of the AT&T Pebble Beach Pro-Am earlier this year, where he became the first player in more than a decade to hit every green at the host course. Playing on invites, that's in fact the third time in his last seven PGA Tour starts that he's been inside the top 10 after the first round, and one of the other two also came at the Safeway Open.

Like Theegala, he's Californian and should benefit from that, for all there's a risk the occasion gets to him as a major debutant who is not yet 20. But that's all built into the prices and of the rags who get under way on Thursday morning, these two have the explosive talent which could translate into a bright start before reality at some stage hits.

Young Tiger at impact vs. Akshay Bhatia (flipped to righty) at impact. Tons of similarities. pic.twitter.com/VV75YTtUif

If there is to be a more obvious leader then 66/1 shot JASON KOKRAK might be the one.

This season's PGA Tour leader in round one scoring, Kokrak has been metronomic on Thursdays, sitting inside the top 20 after the first round of every start bar one since Christmas. The exception? That came here at Torrey Pines, where an opening 70 might've confined him to 48th, but remember the Farmers is played across two courses, and he shot one of the best rounds of the first day at the South.

It's the brutal, long South Course which is used for all four days of the US Open, and that's good news for Kokrak. Though his results in the Farmers don't scream course specialist, it's in fact the North Course which has held him back: overall he's been 20th, 21st and 29th on his last three starts, but if you isolate scoring on the relevant course his results improve to seventh, 28th and 13th.

All this and his blend of abundant power and improved putting made him an obvious candidate in the outright market, but with the price going throughout Monday, I was happy enough to leave him out at around the 66/1 mark. However, at the same price to lead after round one, from an early tee-time, having been eighth at the same point in the last US Open, he's just about big enough to side with. 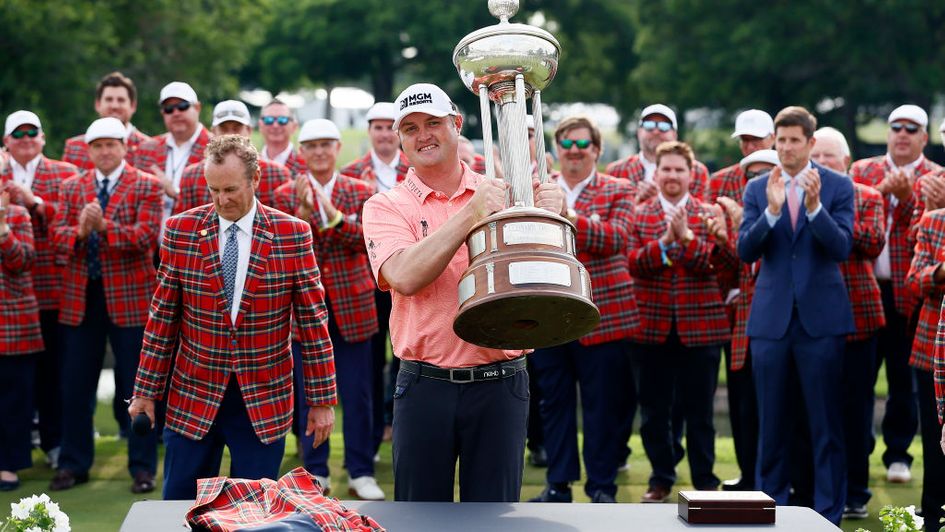 Most of the other options I had on my shortlist are out late, including habitual Thursday feature Rose, plus Kevin Streelman, who shared the lead way back in 2008 and arrives buoyed by his PGA effort. He could go well if the shorter hitters are in the conversation, and similar comments apply to the in-form Brian Harman from the earlier starters.

Three-ball options are plentiful but I'll stick to the high-profile matches as several bookmakers seem unlikely to price up the full card, which is a shame.

BILLY HORSCHEL is the form pick against Matt Kuchar and Kevin Kisner (1540 BST), and he boasts a couple of big advantages. Firstly he has just a hair more power at his disposal, which could be vital. Secondly, he's a regular in the Farmers, where he's bagged a couple of top-10 finishes, whereas Kuchar hasn't played the course since 2008 and Kisner shot 80 at the South Course on his last visit, back in 2014.

There's a reason these two aren't regulars here, and Kisner has missed six cuts in seven lately, the only exception coming when 40th at Colonial, where he's a past champion. With poa annua greens definitely not to his liking, and a severe distance handicap to overcome, he looks primed for a difficult 36 holes.

Kuchar's form is better and has been ever since he got the better of Kisner at the Match Play. That said, he's missed the cut in all five majors since August, which is a worrying trend and suggests he's perhaps done competing at this level. Horschel, who has eyes on a Ryder Cup spot, hasn't set the world alight since winning the Match Play, but looks a far more likely candidate than his partners here. 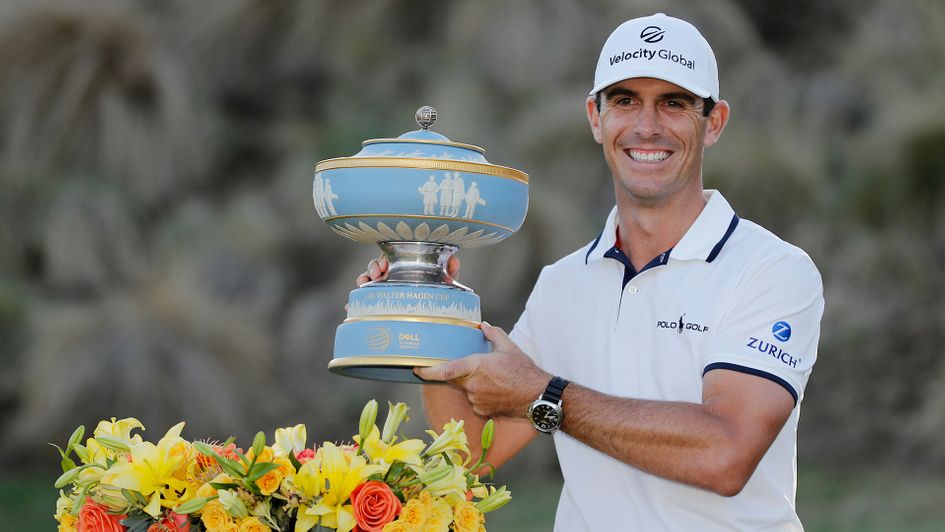 Shortly after that group gets under way, GARY WOODLAND can take charge of things against a badly out of form Martin Kaymer, and fellow former winner Webb Simpson (1551 BST).

Kaymer has been struggling whenever teeing it up in the US, and he's also gone off the boil in Europe. His victory in this event came under contrasting conditions at Pinehurst and he doesn't look to be playing well enough to compete.

Simpson of course is, but it's a decade since he last played in the Farmers and that would be a worry. So too would the nature of the course, which is very different from the one at which he won his US Open, and his cherry-picked schedule is telling. He of course doesn't have the luxury of deciding where the US Open should go and I suspect he's one who wishes it wasn't here.

Woodland isn't, as his excellent Farmers form would likely be better still were the South Course in operation for all four rounds. He's always loved it here, his long, faded tee-shots ideal for the shape of most par-fours, and there's been enough encouragement in his recent performances including when making a solid start in the PGA Championship.