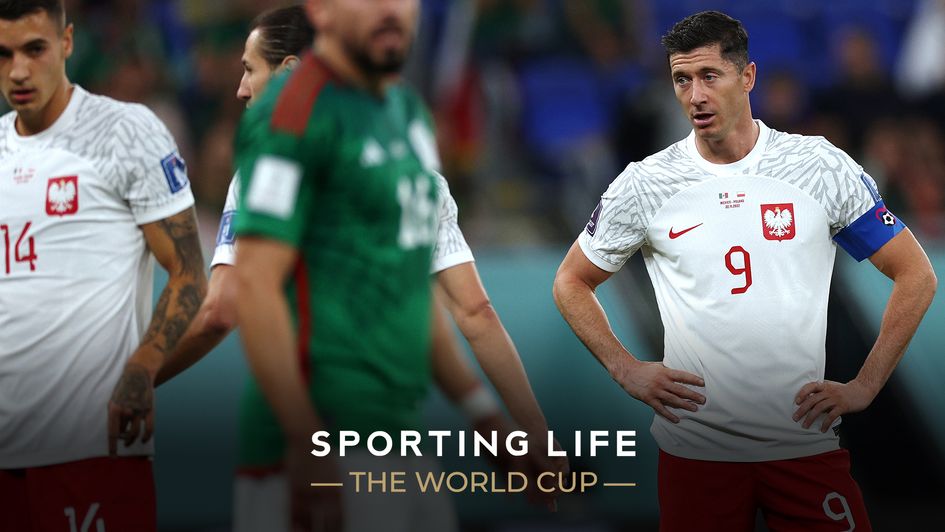 Poland take on Saudi Arabia at 1pm on Saturday, and James Cantrill previews the game, selecting his best bet.

Saudi Arabia pulled off one of the all-time great World Cup shocks coming from behind to beat Argentina, one the favourites to lift the trophy, in the sides opening game.

Ranked 48 places below La Albiceleste and as long as 33/1 to best their South American opponents, the odds were well and truly stacked against Herve Renard’s side.

They were hugely fortunate to go in at half time still within touching distance, and if Lautaro Martinez and Lionel Messi could time their runs better Argentina would have been out of sight.

The Saudi’s low block, high line combination was hard viewing but ultimately proved to be effective.

And after scoring with each of their two shots on target, they managed to cling onto their lead despite playing 12 minutes of stoppages at the end of the second half.

After that shock, a result here would prime them for an unforeseen escape from the group as they would go into the final round of fixtures Group C.

In contrast, Poland’s World Cup did not get off to a blistering start.

Despite being awarded a penalty, neither them nor Mexico could break the deadlock, as WC legend Guillermo Ochoa was equal to Robert Lewandowski spot kick.

This does highlight a potential bit of an issue with Czesław Michniewicz’s side, what if their frontman has a quiet game?

The Red and White were not overly reliant on Lewandowski, one of the best strikers on the planet, during their recent Nations League campaign, in fact, he only scored one of their six goals.

But Poland did look blunt on Tuesday, only mustering six shots, which includes the penalty they eventually spurned.

With Poland misfiring, I think UNDER 2.5 GOALS could be the play here.

The Saudis have become a resolute unit under Renard with their games usually settled on the finest of margins.

Pre-tournament, this bet clicked in each of their last 14 games on the spin, only failing to land in one of their previous 17 matches.

It is worth pointing out the obvious, there were three goals in their opener, and with two big chances missed and three goals disallowed there could have been plenty more.

However, Saudi Arabia’s have a huge chance of qualification and this changes the dynamic of this game entirely.

With a point enough to ensure pole position, I think we will see another plucky performance.

ALSO READ: Our best bet from every game on every day of the World Cup