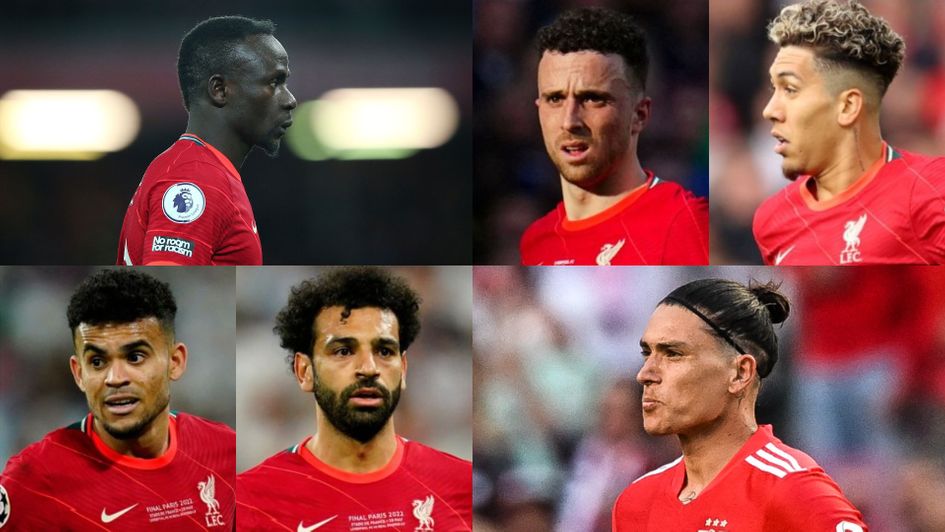 Who will start for Liverpool following Sadio Mane's exit?

Andrew Beasley takes a closer look at how the club's early window move for Darwin Nunez, and how the departure of Sadio Mane leaves Liverpool's transitioning squad.

Having considered that this summer could be a transitional period of rebuilding for Liverpool, it’s now time to take a closer look at who could be joining or leaving the Reds in this transfer window.

Such are the volume of stories linking players with moves to or from Liverpool that this article could date very quickly.

Since he became Liverpool's sporting director in 2016, they have:

The club have generally managed both their incomings and squad retention well in recent years but there is a slight feeling of uncertainty in the air at present and it almost entirely pertains to the front end of the team.

With an elite goalkeeper, two world class full-backs and four top quality centre-backs in place, there are no real issues in defence. If there is a mild concern in midfield, it is that it contains very few peak age players.

As things stand, Jurgen Klopp will have no options for that section of his team in 2022/23 who are aged between 21 and 27. The talent in the midfield is not in doubt, though, and securing James Milner’s experience and versatility for another campaign is a definite positive. 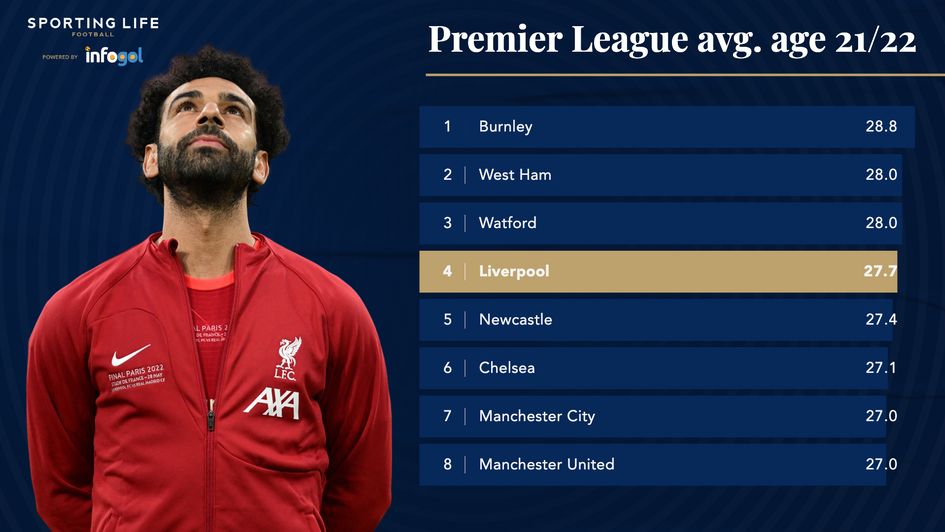 The depature of Sadio Mane is guaranteed to have a big impact upon the side. Assuming Liverpool’s 14th top scorer of all time leaves - with a move to Bayern Munich looking the likeliest outcome - then the Reds will be determined to hang on to Mohamed Salah, who is ninth in the goal standings, and Roberto Firmino at 19th.

Like Mane, the latter two are out of contract in the summer of 2023, but unlike the Senegal international they appear content to spend the forthcoming season with the Reds. Klopp will be delighted about that at a time when his attack is evolving faster than ever before.

End of an era has been gradual

As much as this feels like the most disruptive summer Liverpool’s front line has faced for years, in truth the evolution has been underway for some time.

The established front three of Firmino, Mane and Salah started at least 33 matches together in each of the first three seasons that the latter - as the last to join - was with the club.

However, the signing of Diogo Jota in 2020 saw that dip to 29 in 2020/21, and the trio were collectively in the starting XI on just four occasions last season.

They were still able to produce together, as they demonstrated superbly in a 5-0 win at Watford last October, when Firmino scored a hat-trick while his colleagues each got a goal apiece.

Time moves on for everyone and the apparent departure of Mane will leave a hole in the Reds’ formidable attack. But has he been replaced already? 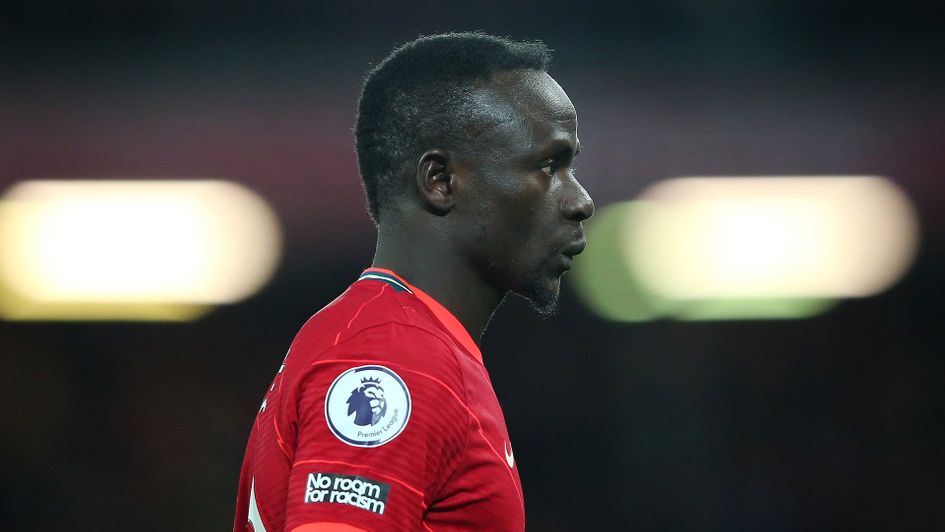 Mane guarantees three very important things: durability, consistency and flexibility. The Liverpool number 10 rarely misses matches through injury; his only absence this season was thanks to his successful Africa Cup of Nations campaign, and he was not available for just three games in 2020/21.

While he might not score as many as Salah each year, a double figure haul is a certainty. Mane and Harry Kane are the only players to have scored 10+ goals in each of the last eight Premier League seasons.

And he delivers wherever he plays. The sample sizes vary but the goals continue to flow. Mane has scored 0.53 goals per 95 minutes in the league for Liverpool: 0.48 on the left, 0.58 on the right and 0.93 when central.

A manager can play him in any position and get a goal every other game at worst, particularly as he’s so rarely unavailable for selection. Players with Mane’s mix of skills are not easy to find.

But 71% of his time has been spent on the left, where Luis Diaz is now the future of the Liverpool attack. 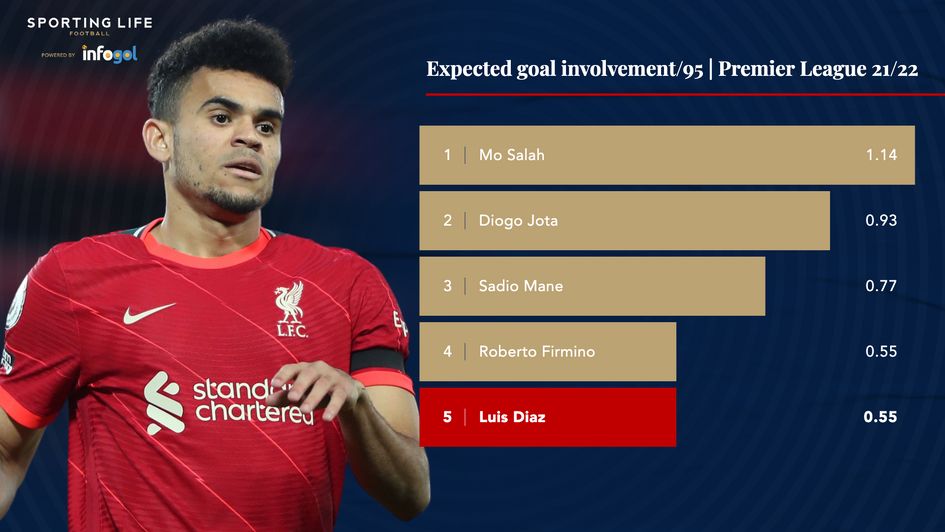 The Colombian’s rate of 0.34 goals per 95 minutes means he hasn’t yet replicated Mane’s productivity in a red shirt, but he has only missed one week of action in the last two seasons and has made three starts on the right of the Reds’ front three (providing one assist from there).

The similarities with Liverpool’s likely to be departing forward are plain to see.

There have been other players linked with moves to the club this summer, such as Christopher Nkunku and Martin Terrier, but the Liverpool transfer team have their sights firmly set on a South American forward who could become the most expensive signing in the history of the club.

How good is Darwin Nunez?

The strengths of Darwin Nunez have been covered elsewhere, but it’s worth reiterating that he can play on the left and centrally, much like Mane. The Benfica striker can cover another absence which may present itself if Mane moves on too. 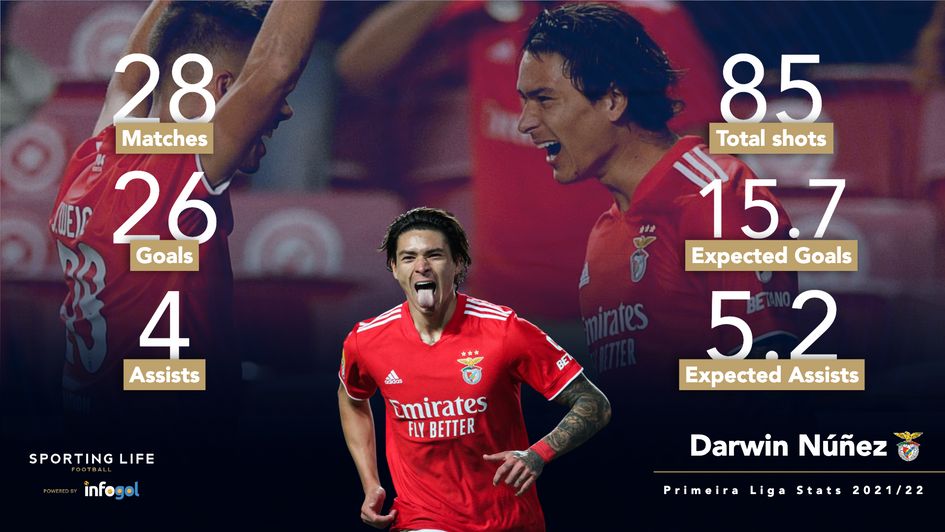 Across the previous four seasons, Liverpool scored 67 headed goals in the Premier League, at least 18 more than any other club. Mane was their chief threat in this area, scoring 13 of the goals, which put him ahead of Virgil van Dijk (11) and Firmino (10).

Nunez scored five times with his head in the Primeira Liga and once in the Champions League this season. Only Oscar Estupinan topped that total in Portugal and just five players bagged more in Europe’s big five leagues.

Standing 187cm tall and weighing in at 78kg, Nunez would be Liverpool’s tallest and heaviest forward. He will offer them a physical presence which they haven’t had on a consistent basis up front for quite some time and provide a new dimension to their attack.

The understudies waiting in the wings

Divock Origi has left the club this summer and Takumi Minamino is likely to follow him through the Liverpool exit door. Assuming the Reds complete the Nunez deal, they likely won’t have the funds to directly replace this departing duo.

However, they don’t necessarily need to.

Origi might be one of Liverpool’s top five goal scoring substitutes of all-time but so is Firmino, and the Brazilian will be fifth in the pecking order for starts in the front three so will often begin matches from the bench next term.

Beyond Bobby, some of the younger members of the squad will be called upon to start up front in the domestic cups and perhaps easier league games at Anfield. In terms of understudies in 2021/22, Kaide Gordon got the most starts in the front line, with three, but there were also opportunities there for Harvey Elliott and Curtis Jones, among others, and new boy Fabio Carvalho may get chances to play there too. 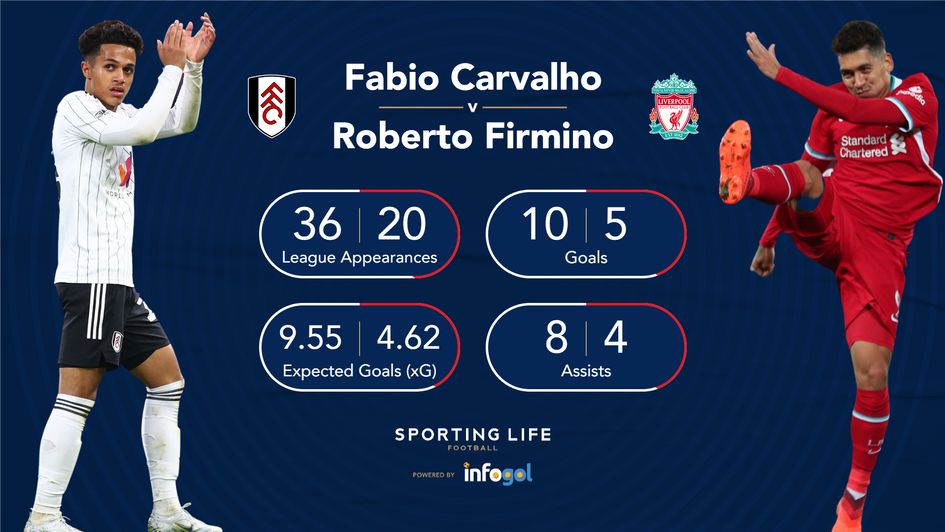 If all the signings and departures pan out as appears likely, there will be immediate pressure upon Nunez to perform.

From having five senior forwards and two experienced deputies for his front line (plus the youngsters) in this campaign, Klopp will probably just have the former group to rely upon next season.

Diaz, Firmino, Jota, Nunez and Salah is a quintet almost every club on Earth will envy.

But in a relatively short space of time the Reds will have gone from having a front three which was set in stone to one which will have to gel very quickly if they are to contest the big prizes in 2022/23. 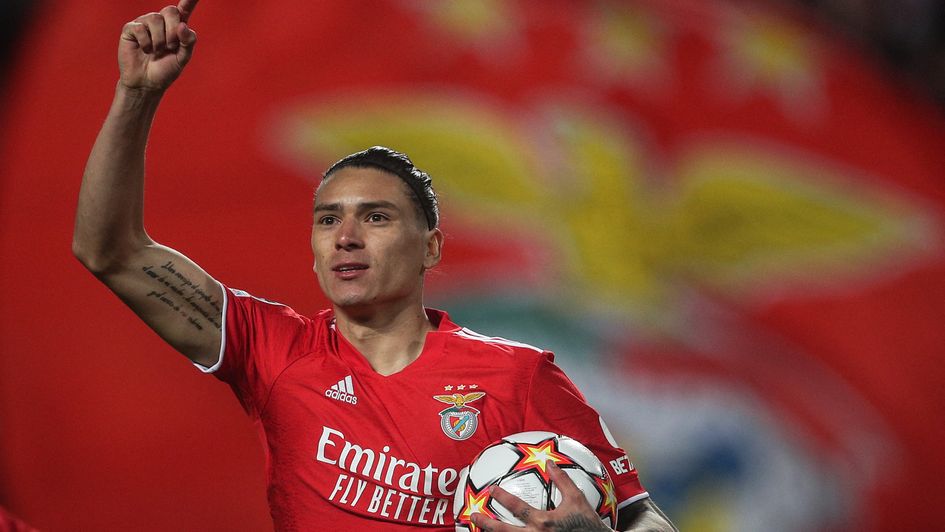 ALSO READ: What will Nunez bring to Liverpool?