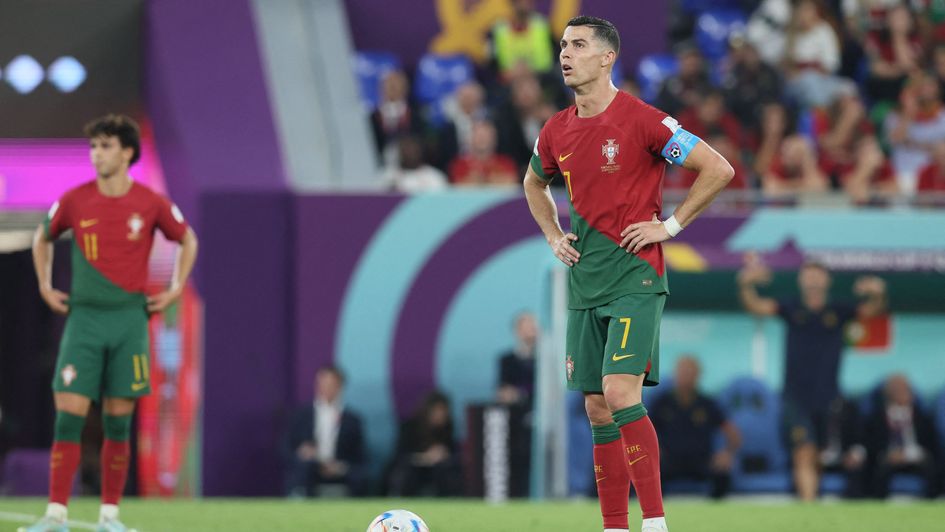 Cristiano Ronaldo at the World Cup for Portugal

Saudi Arabian Pro League side Al-Hilal have shortened in price to be Cristiano Ronaldo's next club following reports of interest.

Cristiano Ronaldo is a free agent after reaching an agreement with Manchester United to have his contract terminated, and reports this evening are suggesting that Saudi Arabian club Al-Hilal have been exploring a deal to acquire his services.

Ronaldo, who scored the opener in Portugal's World Cup win over Ghana, left United under a cloud following an outspoken TV interview.

In scoring at Qatar, he became the first player in history to net in five different World Cup's, breaking yet another record.

His future is still up in the air as he focuses on leading his nation to glory, but the price for his next club to be a Saudi Pro League team has shortened from 6/1 at lunchtime on Thursday into the 6/4 favourite.