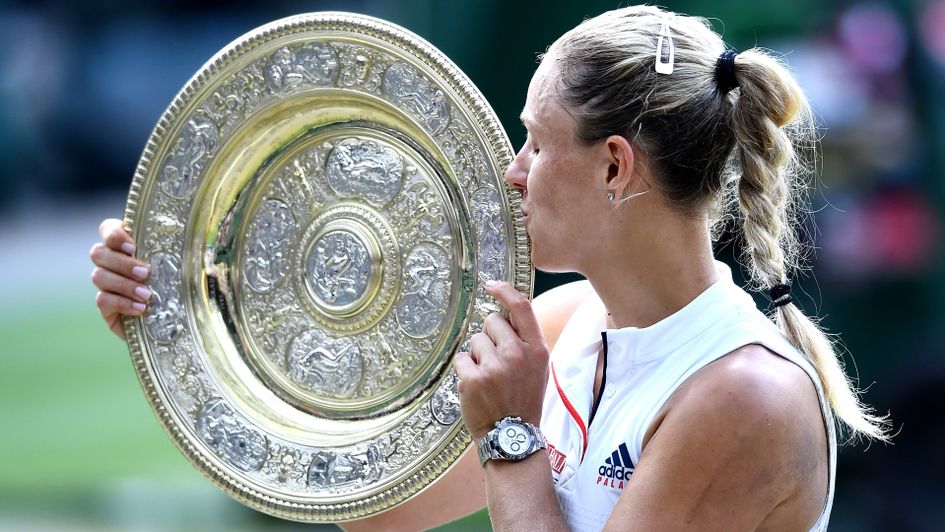 If you only loosely followed the recent French Open and tuned in for the final, you can be forgiven for turning on the TV and asking ‘who are they’?

Barbora Krejcikova and Anastasia Pavlyuchenkova were both sent off at three-figure prices at Roland Garros, an event which has admittedly provided more than its fair share of big-priced finalists over the years.

But upsets have been fairly commonplace at all the women’s Grand Slams of late with 10 of the last 16 producing maiden champions. Away from the clay, Sloane Stephens and Sofia Kenin have won at tasty prices and that’s before we look at the list of runners-up who have landed fancy each-way odds.

Admittedly, the surprises have been fewer at Wimbledon, although it is still a tournament which has been won by Marion Bartoli in the past decade, as well as producing shock finalists such as Genie Bouchard and Sabine Lisicki.

I’m more than happy to look for another surprise in this year’s draw, particularly given the uncertainties surrounding some of the supposed leading contenders – a situation summed up by a market which goes 7/1 the field.

It has already lost two of the world’s top three, defending champion Simona Halep and Naomi Osaka, and I certainly wouldn’t be surprised to see some of the other big names fall early.

We will miss you this year, @Simona_Halep - come back stronger in 2022 💪#Wimbledon

Top seed Ash Barty hasn’t played since quitting the French Open with a hip injury, a worry given the requirements of good movement on the grass.

In the absence of Halep and Osaka, Aryna Sabalenka finds herself as the second seed at a Slam for the first time but it’s hard to envisage her as a finalist on July 10.

She’ll smash the ball harder than most again and will always be a danger on any given day. But that hard-hitting game is prone to producing an error-strewn display, as highlighted again at the recent French Open.

She doesn’t seem to be able to find the two-week consistency needed to win a Slam – indeed her record shows she’s yet to go past the last 16 at the four majors. The Belarusian can be overlooked.

Elina Svitolina is another who has regularly failed to deliver at the Slams, while former US Open champion Bianca Andreescu has been let down by her body too often of late to inspire any confidence. 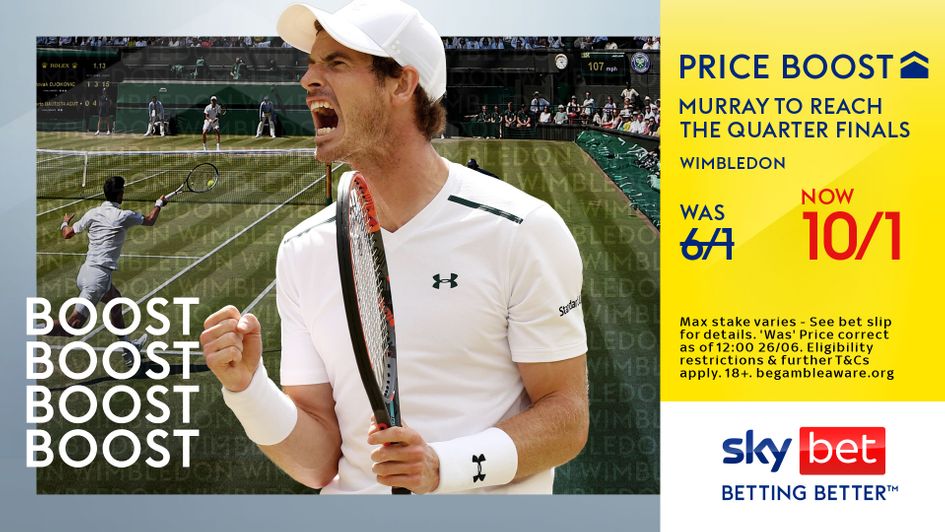 Grass is such a difficult surface to master and many of the top women have failed to do so over the years.

It’s not too difficult to make cases for three who have, although I’m not convinced enough by such arguments.

Petra Kvitova and Garbine Muguruza have both won this title in the past and there’s little doubt both have the ability to do so again.

However, Kvitova hasn’t been past the last 16 since her last title triumph in 2014, which I suspect many will find surprising, while Muguruza’s excellent early-season form has rather tailed off.

Perhaps a return to the All England Club, where she won in 2017, will result in an uptick and 16/1 is tempting. However, I’m not prepared to pull the trigger here.

Finally, we come to Serena Williams, remarkably the title favourite at the age of 39.

I could easily have sat here and written how 7/1 about a seven-time winner in a field with so many question marks hanging over it is good business.

But I’d be trying to convince myself as much as you.

Of course, her game – the serve, power off the ground and court coverage – suit the grass perfectly but she’s won just one title (a weak event in Auckland) since her last Grand Slam success (pre-motherhood) at the 2017 Australian Open.

This will be just her sixth tournament of the year – she’s played just seven matches since February’s Australian Open – and while she’s been able to dial straight away in the past, I’m not convinced such a light schedule is helping her right now.

Then, of course, there’s the pressure, something I’ve mentioned on these pages before.

Williams is still chasing Margaret Court’s all-time record of 24 Grand Slam singles titles, as she has been since that 2017 Australian Open success.

In the period since, the American has lost in four Grand Slam finals, each time in straight sets. The weight of that history chase has seemed heavy on her in all four matches.

Some will be happy to back Williams at a price she’s rarely been in SW19 over the years but I’m going with the long-shot plan.

Kerber enthusiasm after return to form

Let’s start in the top half of the draw with ANGELIQUE KERBER and DARIA KASATKINA.

Such has been Kerber’s fall, that it can be difficult to believe it’s only three years since she won the Wimbledon title.

That success forms part of a strong Wimbledon record which also features another final appearance (2016), a semi-final (2012) and quarter-final (2014).

Clearly you need more than past glory to mount a title challenge but form has been rediscovered during the ongoing grasscourt campaign with Kerber reaching the final of the warm-up event in Bad Homburg.

A victory over Kvitova in the semi-finals was particularly eye-catching.

Kerber has long been happy to play on the grass – her strong defence and patience has been rewarded on the surface.

Given what she’s produced over the past week in Germany, Kerber looks an awkward obstacle in Williams’ path through the draw – the pair are due to meet in the third round – and 50/1 looks a tempting price.

In the first quarter, Kasatkina gets the vote at 80/1.

She’s another to have got plenty of wins under her belt at the warm-up events, making the final in Birmingham and then beating Iga Swiatek en route to the last eight in Eastbourne where she put up a strong fight against Jelena Ostapenko.

Those efforts form part of a strong 2021 season, one which has already seen her claim titles at the St Petersburg Open and the Phillip Island Trophy in Melbourne.

She also has decent Wimbledon history, beating this year’s top seed Barty during a quarter-final run in 2018.

She’s in Andreescu’s section of the draw so looks to have a decent shot at making the second week where a rematch with Barty could await.

However, with Barty’s fitness open to question, Kasatkina looks a value alternative.

Before leaving this section, I have to give a mention to Coco Vandeweghe, who is up at a whopping 350/1.

She was a quarter-finalist here in 2015 and 2017, the year she also made the semis of the Australian and US Opens.

The American is a two-time champion on the grass of Den Bosch and has begun to put an injury nightmare behind her – her recent run in Nottingham brought a first WTA semi-final in three years.

She has a tough draw – the reason I won’t put her on the coupon – but the big-hitting former top-10er could certainly be a tricky early opponent for seeds Jo Konta and Barty.

Moving on the bottom half, Russians VERONIKA KUDERMETOVA and EKATERINA ALEXANDROVA are two who look capable of out-performing their odds.

Kudermetova is a player on the rise – as evidenced by her seeding of 29 here.

She’s won on the clay of Charleston this season and finished runner-up on the hardcourts of Abu Dhabi. Wins over top-10 stars Elina Svitolina and Kiki Bertens have also been forthcoming.

Her improvement can continue on the grass with her game looking well suited to the surface.

Kudermetova is happy to come forward and possesses decent volleys. Despite the changes in grasscourt tennis, those are still good skills to have heading to Wimbledon.

She played a strong match to beat another potential dark horse here, Karolina Muchova, in Berlin a couple of weeks ago before losing to the eventual champion Liudmila Samsonova.

Some way to get your 50th winner of the match 🤩

🇷🇺 Veronika Kudermetova closes it out stylishly against Muchova to reach Round 2 in Berlin!#bett1open pic.twitter.com/J1PiRDNRNk

This will be just her second main-draw appearance in SW19 but the last grasscourt season (in 2019) saw her reach the last four in Den Bosch, further highlighting her ability on the surface.

Having landed in arguably the weakest quarter of the draw – the third contains fourth seed Sofia Kenin – 125/1 looks a big price.

Kvitova is the favourite to come through this section but I’m happy to take her on.

As for Alexandrova, the 100/1 shot is exactly the sort of player Sabalenka’s ball-bashing skills may come unstuck against – the duo could meet in the last 32.

She’s not fazed by the grass and recently beat Svitolina in Berlin where she eventually lost 7-6 in the third to Belinda Bencic in the quarter-finals.

Alexandrova also made the last eight in Eastbourne two years ago, has gone well at the ITF grasscourt events in Ilkley and Southsea in the past and also has a Wimbledon win over former world number one Ana Ivanovic on her CV.

With Muguruza also in the fourth quarter, Alexandrova is clearly a long shot but she’s still one I’m happy to take a chance on to small stakes.

Of course, a staking plan made up entirely of long shots has the potential to fall apart early but given the lack of consistency in the women’s game right now – and the may question marks hanging over this field – I do feel it’s an approach which may just deliver. 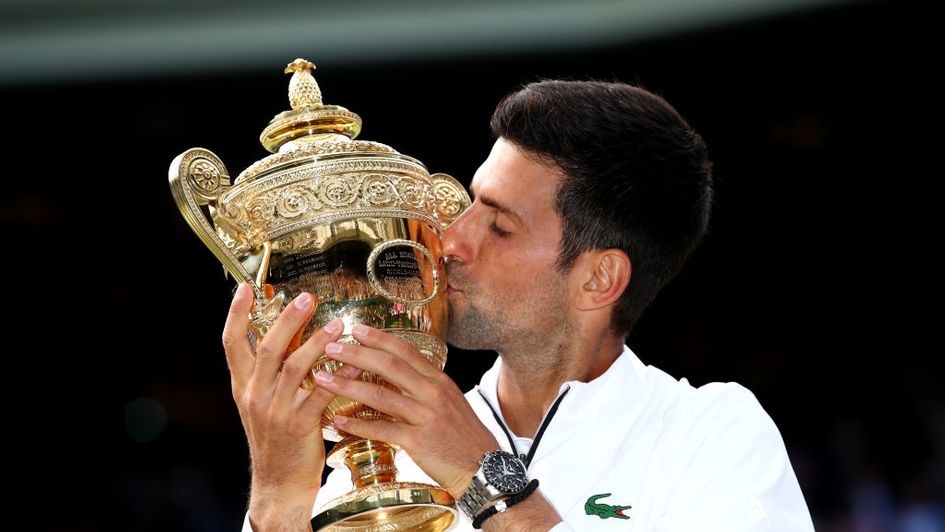