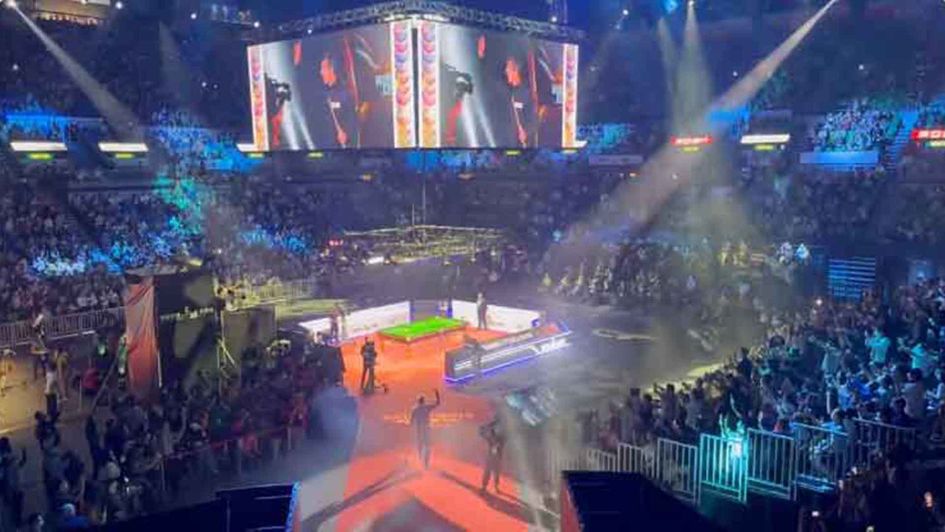 Ronnie O'Sullivan is introduced to the crowd

It could be four days that change snooker forever.

It might just prove to be the tournament that transforms the whole complexion of the sport, from the brand it sells to would-be sponsors, to how the matches and their stories are shown to its fans, and in what type of venues those stories are told. It could change the platforms on which snooker’s most valuable assets – the players – are given the opportunity to perform.

Some might not like it, others have been championing the cause for some time, but the tide seems to be flowing in a different direction after last week’s Hong Kong Masters. Change is coming – better ride with the waves than drown trying to fight them.

Hong Kong put on one hell of a show – 9,000 fans packed into the jaw-dropping Hong Kong Coliseum to watch Ronnie O’Sullivan, always the hottest ticket in town, against home hero Marco Fu in a final that tournament organisers could only have dreamed of when the draw was made.

As so often is the case, O’Sullivan was too strong and picked up £100,000 for winning three matches in an event that lasted just four days, but Fu’s spirited comeback gave his faithful fans plenty to cheer about and ensured the final was highly entertaining, and of a very high standard.

It’s the sort of tournament of which O’Sullivan has long been an advocate. The best players in the world performing on one table in front of big crowds, for big money. In adding Fu, Hong Kong’s greatest ever player, and Ng On-yee, the current star of the women’s game, to the draw, the event added two more welcome dimensions to it, without bloating the competition to such an extent any prestige was lost. 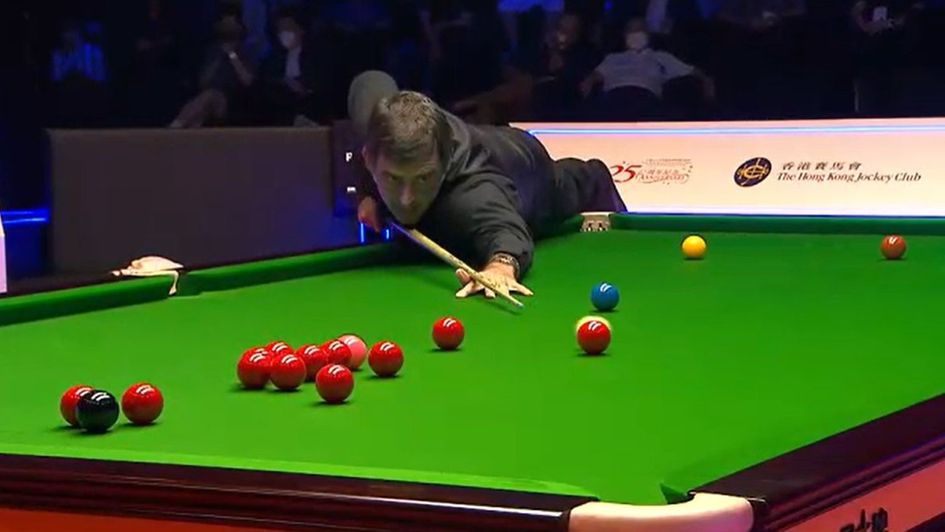 O’Sullivan’s whitewash of On-yee aside – and she is a much better player than we saw on Friday – every match was a spectacle, with the snooker the best we have seen so far this season by some way. It was a showpiece event and a fine showcase for the sport.

From John Higgins’ nerveless final-frame defeat of Judd Trump, O’Sullivan’s dazzling comeback victory over Neil Robertson, and one of the best moments ever witnessed in snooker when Fu left behind three years of frustration to beat Higgins with a 147 maximum break in the deciding frame of their semi-final, all four days were a triumph.

Of course, the Hong Kong Masters won’t be the last brilliant snooker we witness this year, nor will Sunday's final be the last of the great matches. The prize money will still be very rewarding for the top players, and events such as the Masters and Tour Championship offer that one-table set-up the big boys crave so much.

But nothing will top last week. I’ll be at the Barbican in York next month for the UK Championship and I’ll bloody well enjoy it, but Peter Lines nearly put me to sleep last year and it was only when I made it to The Hop for beer and pizza afterwards that the atmosphere lifted a couple of notches.

The noise from the Hong Kong Coliseum was something else and how special it must have been to test one's skills as a professional sportsperson against contemporaries on a stage like that, in front of thousands of fans in an atmosphere widely described as electrifying.

No wonder the players want more of it.

Mark Allen, one of snooker’s leading players not to have made the cut last week, tweeted congratulations to Fu on his maximum and confirmed that he would one day love to experience the same in his own career.

Right up there with the best videos I’ve ever watched. Phenomenal for Marco, world snooker and all the Hong Kong fans!!! Would love to experience that some day https://t.co/JRrAWFA1Qu

Even in defeat, Judd Trump sounded a similar note on Instagram, while Higgins admitted after his semi-final loss to Fu that he would be returning to the venue the following day to watch and experience the final first-hand. That is something he hasn’t done before, added the four-time world champion.

It’s hardly surprising there is appetite among snooker’s elite for more of what we have enjoyed in Hong Kong, and on the assumption weeks like this are what sponsors wish to be associated with, there is certainly room in the snooker calendar.

Ranking-level snooker is sure to return to the Far East in due course, with the pandemic hopefully coming to heel now, and Hong Kong has made a strong case for hosting an event on its shores. What an opportunity that would present, not only for the top players, but also to those lower down the rankings desperate to enjoy a piece of the big-time.

The Masters moving to Alexandra Palace had already been a huge hit with the players. Higgins and Mark Williams appeared overcome by the wonderful reception they received when meeting at the tournament last year, with countless others suggesting playing in front of 2,200 fans in London made for some of the best experiences of their careers.

It’s little wonder that O’Sullivan described the Hong Kong Masters as ‘probably the best tournament I’ve ever played in’. One suspects the fire has been lit within him and others, including Trump who has always called for the game to climb out of the dark ages and into the modern one in which we live.

When we talk about snooker leaving the past behind to embrace the modern world, we simply must come back to the Crucible Theatre, and the debate around its suitability as home to the jewel in the sport’s crown, the most important event of the year, the World Championship. 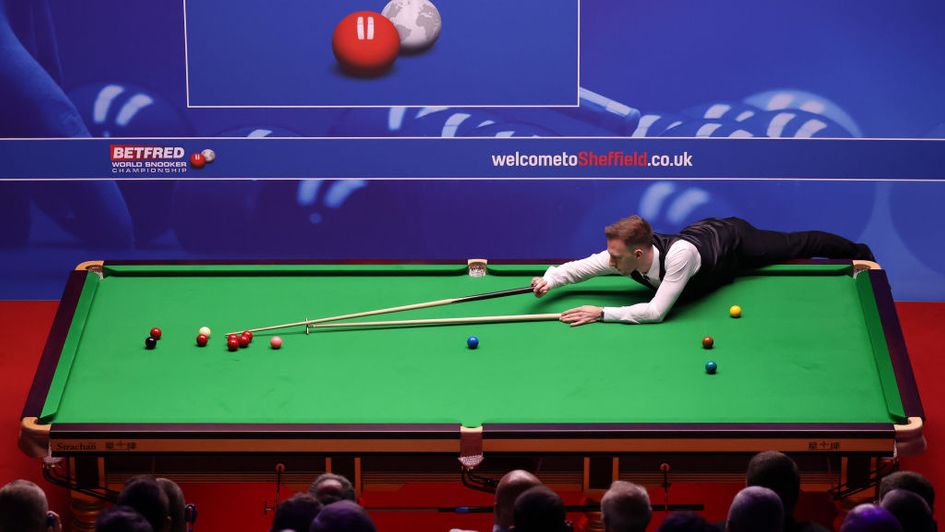 Judd Trump in action at the Crucible

Robertson is another who has questioned whether snooker is doing the tournament and the sport justice by stubbornly staying loyal to the Crucible when there is so much more to consider than just the venue’s rich history and the unique atmosphere it unquestionably delivers.

The Australian spoke eloquently on the subject when appearing on the Talking Snooker Podcast recently, and many of his points make sense. The venue has a capacity of 980 for the World Championship final when we know there is demand for so much more. Is it really feasible to continue with that as the modus operandi for the biggest match in snooker?

That’s not to say that it’s always like that. The English Open final isn’t going to sell 9,000 tickets, and the earlier rounds of many events often have plenty of empty seats. In these instances, smaller venues are clearly the best option for several reasons, and no doubt preferred by many paying their money to go and watch live snooker up close.

We must accept that sitting in a huge arena packed full of thousands of supporters will have its drawbacks. The beauty of the Crucible is its intimacy and the near perfect view you have of the action. They say you can feel every shot, and it’s true. The players feel it, too, and that only adds to the experience snooker in Sheffield provides.

You won’t get that if you find yourself parked up in row Z of some gigantic erection of steel that was built for purpose, not for theatre. You will most likely be watching the snooker on a big screen located somewhere in the sky above your seat, because the table itself will be a haze of green, so far away is its location from your seat. 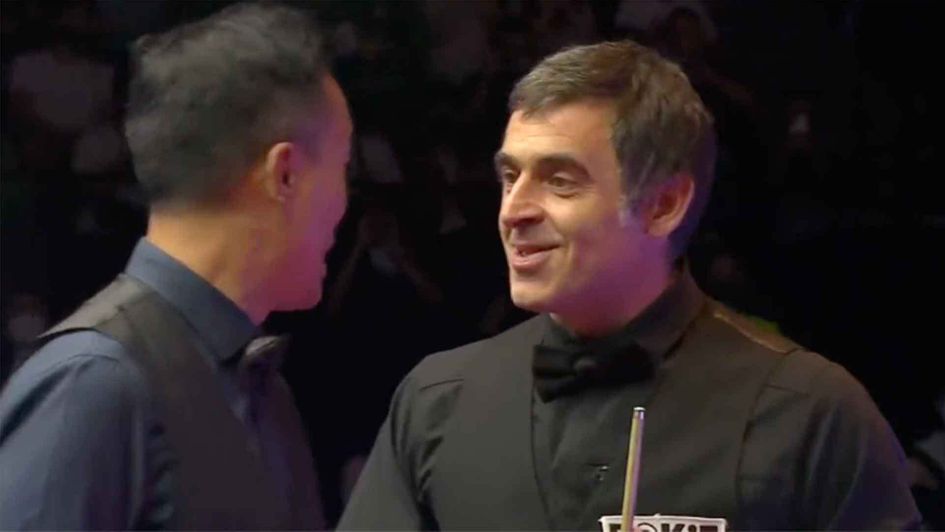 The noise will be loud and it will make for a vibrant atmosphere, but not everyone wants to watch snooker like that. Some might be turned off and prefer to take their chances watching on television at home. For those people, faithful patrons of the game, going to the snooker just wouldn’t be the same.

But we could say that about almost every sport. I’m sure most inside Old Trafford would like to be so close to the action they can nearly touch Ronaldo as he glides down the wing, but life doesn’t work like that and as demand grows, so must supply. This is business, as much as sport, after all.

What about those really big nights when we know there is huge demand for tickets and great appetite in the players to perform as professionals in front of as big a crowd as possible? The biggest night of their lives on the biggest stage possible. O’Sullivan versus Trump on a Sunday night in the Champion of Champions final. Higgins against Robertson in the final of the Masters.

Once again, we’re back to the final of the World Championship – don’t we think snooker could make more of its most important match of the year?

The last week has shown that it can, and players will soon come to expect more of what they got a taste of in Hong Kong and at the Masters. Nothing will replace the history sewn by years of great Crucible matches, but we said something similar about the Wembley Conference Centre and the Masters has survived in its new home – thrived, in fact.

The crowd are certainly up for this one!

The players are back out for the Masters final evening session.

Neil Robertson has a 5-3 lead over Barry Hawkins in the best-of-19 final.

📺 Live on @BBCTwo, @BBCiPlayer and the @BBCSport app

The majority of fans will demand more. Why shouldn’t I expect to be able to get my hands on a ticket for the World Championship final, or be part of an incredible atmosphere made by a huge, passionate crowd in the final of any major snooker tournament?

Some might counter that the sport just isn’t popular enough in Britain to start staging snooker matches in bigger venues – we do know that support for snooker in the Far East is unmatched. But rarely are there empty seats for the finals of the major tournaments in Britain and at the very least, aspiring to something better by looking at the Masters and the success it has achieved at Alexandra Palace would be a good starting point.

It is certainly time to have a serious conversation about the latter stages of the World Championship, and whether snooker can justifiably continue to reject hundreds – if not thousands – of fans and the possibility of creating a genuinely world-class sporting event in favour of history and heritage.

After a limp start to the new season, snooker came to life last week. Fans came to life, both in Hong Kong and those watching from afar. The players came alive, too; those lucky enough to be playing and the ones who were not. There was a buzz around the sport again.

Hong Kong offered a taste of what the future could look like and it feels like snooker might be back in the big time. It’s now up to those in charge to ensure it stays there, and that the sport doesn’t drown fighting those waves of progress, the ones that so many of its fans and players are keen to ride.